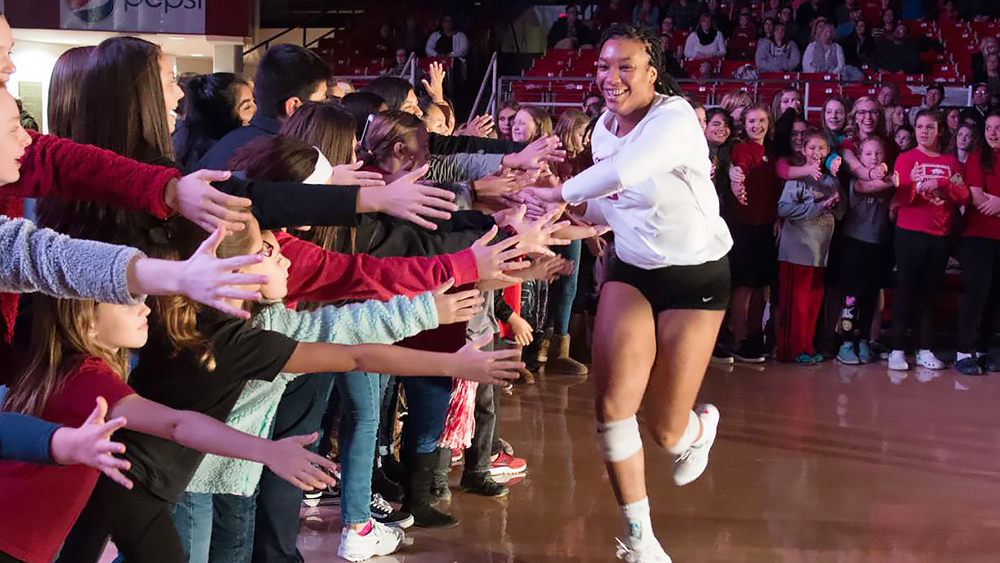 The Hogs will open the 2019 slate with the Arkansas Classic beginning Aug. 30.

For the eighth time in ten years, Arkansas will kick off the fall with a home tournament. This year’s classic includes Southland Conference opponent Northwestern State, as well as the Sun Belt’s Little Rock Trojans and Montana State from the Big Sky Conference.

“Our home schedule begins with a competitive home tournament,” Watson stated. “Opening home is a great way for us to prepare for the season.”

The Razorbacks will be playing with some new flare under their feet, as a newly designed volleyball court will be revealed at the home opener in late August.

“The Arkansas classic will be a great chance for Razorback fans to see our new court design among all the exciting things happening in Barnhill,” said Watson. “I greatly appreciate the cooperation of both our graphics and facilities departments for making our new court come to life.”

After opening the season at home at the Arkansas Classic, the Razorbacks will hit the road for a busy September, making stops for invitationals in San Diego, Calif. (Sept. 5-7), College Park, Md. (Sept. 13-14) and Athens, Ga. (Sept. 19-20).

Under Watson, Arkansas is 16-6 against non-conference opponents over the last two seasons. The Hogs will look to capitalize on a heavy road non-conference schedule, taking advantage of facing diverse opponents early in the season.

“We have been able to put together a schedule that exposes to a lot of different conferences and style of play.  Traveling to different coasts and seeing such different opponents is meant to challenge us, and it will,” Watson said. “I am especially excited to play Little Rock and Arkansas-Pine Bluff.

“This is a unique opportunity for each program. It’s a blend of teams that are competitive within their respective conferences.”

“The SEC is a conference that is growing in its competitive depth.  It’s an exciting conference.  Our athletes are committed to making the 2019 season a season where we add to that depth.”

Arkansas is coming of a season in which it posted an 11-17 overall record, a step back from the 2017 campaign. Earlier this summer, the Razorbacks were picked to finish ninth in the SEC in the preseason coaches’ poll.

The 2019 postseason begins on Dec 5. with the first and second rounds of the NCAA Tournament with the regional round set for Dec. 13-14 at four non-predetermined sites. The national semifinals and championship matches will be played Dec. 19 and 21 at the PPG Paints Arena in Pittsburg, Pa.