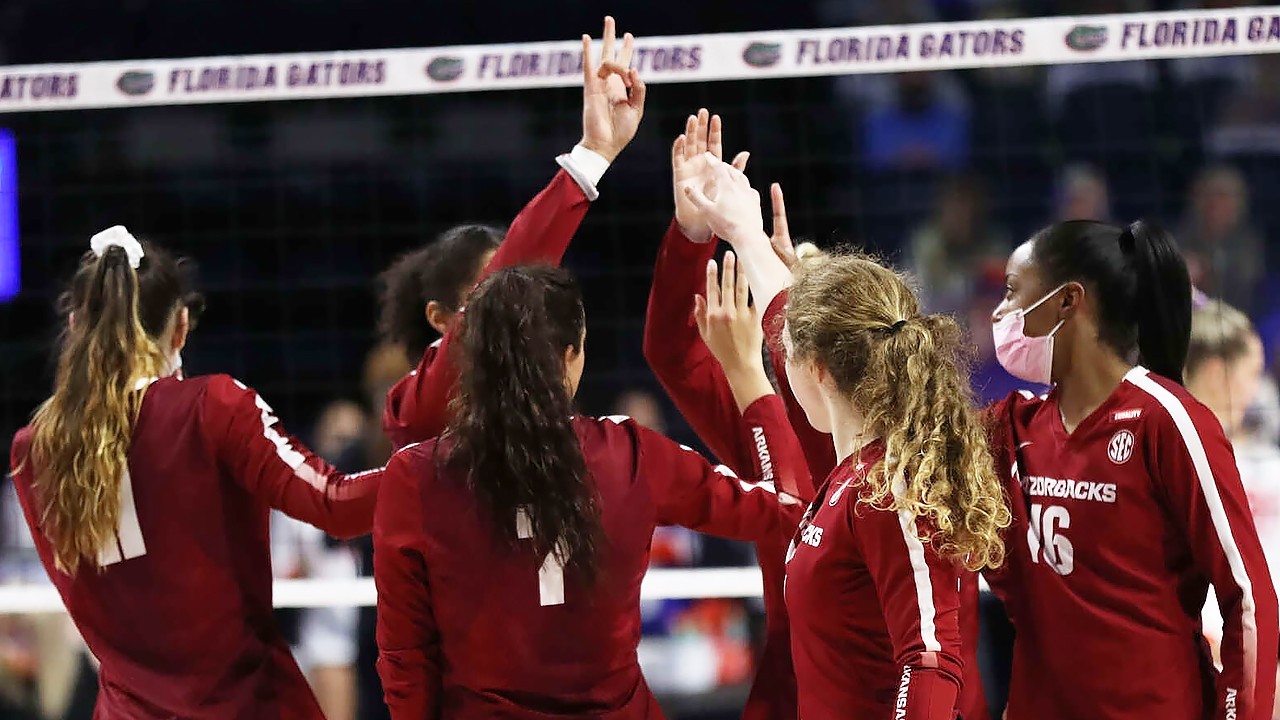 The Gators finished the night with 13.5 team blocks holding Arkansas to a 0.141 hitting percentage on the night.

Florida improved to 13-2 on the year while Arkansas drops to 11-6 in the final road trip of the regular season.

How the game happened
One of the top blocking teams in the SEC, the Gators established the wall early in the first frame.

They finished the first set with a 7-1 block advantage while holding Arkansas to a .059% hitting percentage. Florida also stole a page from the Razorbacks’ play book, out-digging Arkansas 16-9 in the first set.

Florida’s block set the tone for the match with their hitters and strong serving allowing them to pick up the win.

Arkansas played Florida close with back-and-forth runs in each set but mini-scoring bursts behind a serve that took Arkansas out of system lifted the Gators to the win.

Arkansas started the second and third sets staying close with Florida as the teams were tied at 19-all in both frames.

The Gators used a block to capture the momentum and finished the middle set on a 6-0 run. Again, tied at 19 in the third set, Florida had a 6-2 run to close out the match win.

Next match
The Razorbacks and Gators face each other again Saturday with the first serve at 5 p.m.

It is the final regular season road trip for the Razorbacks. Arkansas hosts Tennessee on March 13-14 and wraps up the regular season with South Carolina March 19-20, in Barnhill Arena.

Watch Arkansas at Florida on Saturday: SEC Network Plus