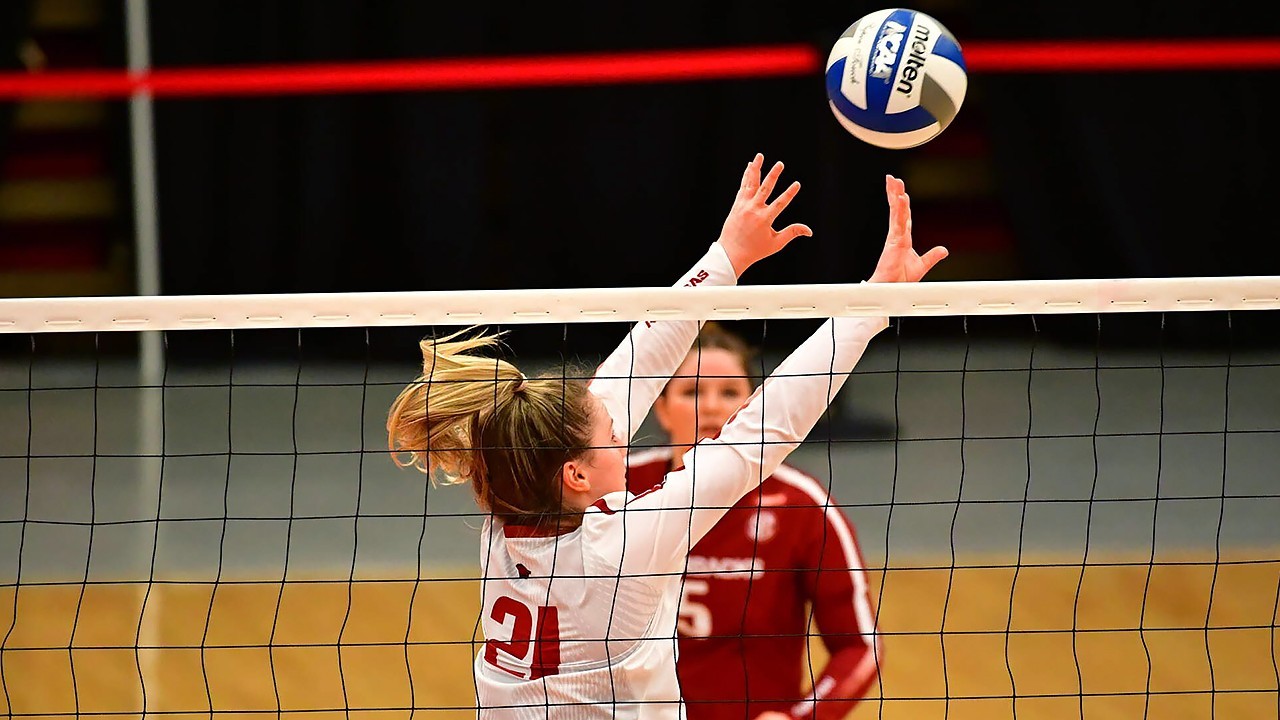 Arkansas was off to a hot start on Saturday in Barnhill Arena, jumping to an early 1-0 lead over Tennessee with a 25-18 set-one win.

Arkansas recorded a team-best 15 kills on 30 attempts in the first set, committing only five errors for an impressive .333 hitting percentage. The Razorbacks defense held Tennessee to a team-low 12 kills in the first set, forcing eight attack errors on 34 attempts.

Tennessee answered Arkansas’ impressive first set with a cleaner attack in the second set. The adjustments made by the Volunteers proved to be enough for the Lady Vols to push ahead and take a 2-1 match lead.

Arkansas and Tennessee were tied early in the fourth set, trading side out points until the 6-6 mark. The Volunteers posted back-to-back kills to take the lead, and despite a valiant late effort by the Hogs, Tennessee managed to hold on to the lead and come out with the four-set victory.

Freshman Taylor Head was a key part of the Razorback offense, registering 15 kills and swinging .324 across the four sets. In combination with her 13 digs, Head posted her team-leading 12th double-double of the season.

Working with Head at the net was senior middle block Liz Pamphile, who recorded a match-best .417 hitting percentage among players with 10 or more kills.

Pamphile’s 11 kills and lone attack error made for her second-most efficient performance of the season, just behind her career-best .452 hitting percentage at Mississippi State last fall.

Arkansas posted more attacks than Tennessee but led by the SEC Defensive Player of the Week, Madison Bryant, the Lady Volunteers turned 71 of the Razorbacks’ 147 attempts into successful digs, a notable 48%.

Junior setter Gracie Ryan notched her 10th showing of 40 assists or better against Tennessee, accounting for 42 of the Hogs’ 43 assists.

Sunday’s rematch between the Razorbacks and Lady Vols will be available to live stream on SEC Network+ and will begin at 2 p.m.