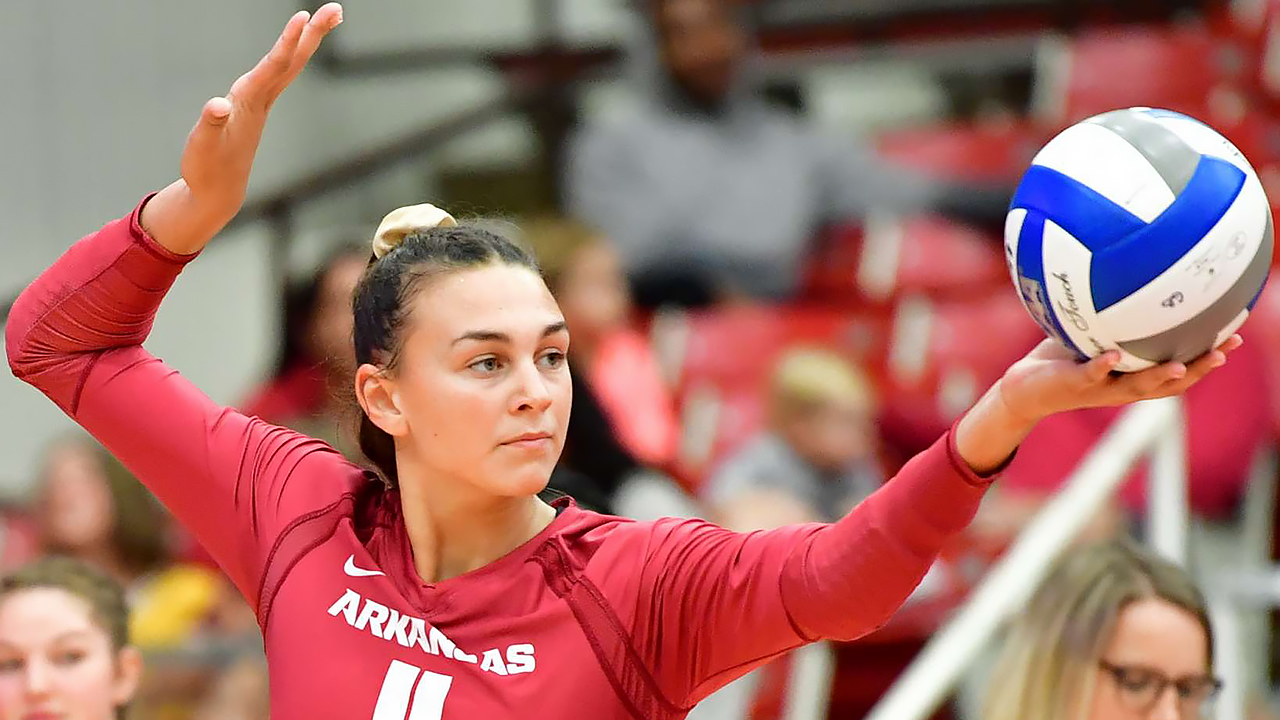 FAYETTEVILLE — Arkansas stayed on the tails of No.25 San Diego on Friday evening in Jenny Craig Pavillion, but the Toreros had the support of the home crowd as they took all three sets from the Razorbacks (25-13, 25-13, 19-25).

The Razorbacks tied the score in the third set, 15-15, and it looked as if the Hogs could rally out a set win, but the Toreros put on the brakes and managed ten of the final 14 points to pull ahead and close out the straight-set win.

After tying the score only once in the first set, Arkansas fought for the lead in the following sets, pushing ahead of San Diego three times before the contest ended.

The Hogs couldn’t manage more than 18 kills against a USD defense that recorded eight team blocks and 50 digs. San Diego finished with a .902 receiving percentage.

Though they struggled on the attack, Arkansas saw progress on the serve, committing a season-low five service errors and tallying four services aces.

Arkansas will be back in action for the final match of the USD/SDSU challenge tomorrow, Sept. 7 when they return to San Diego State to face the host-team Aztecs at 1 p.m. (CT).