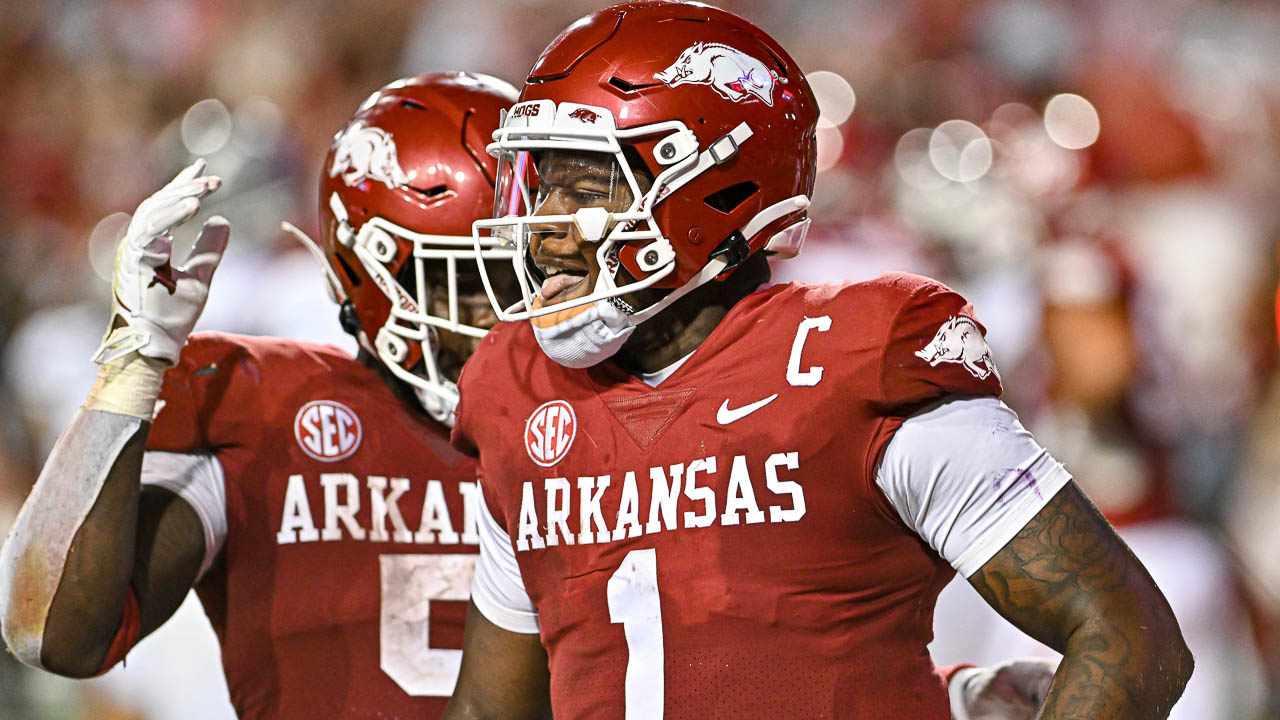 KJ Jefferson was back at practice Wednesday, when they moved indoors. No one could see exactly what the quarterback could do or not do.

“We don’t have a clue whether he’s going to play or not,” Pittman said on his radio show Wednesday night. “We don’t know.”

Considering the recent raised awareness of head injuries after the drama surrounding Miami Dolphins quarterback Tua Tagovailoa it will be surprising if Jefferson hits the field.

It’s the not knowing that is causing all of the speculation and drama.

“Everybody including me,” Pittman said. “Still got a few more days to figure that out.”

Actually, nobody may know until the Razorbacks get their first offensive series against Mississippi State on Saturday morning.

“One of the best practices we had in awhile,” he said.

In addition to Jefferson, there are questions on other injuries. Especially in the secondary, that has been torched at times this season.

“In the secondary we’re beat-up a little bit,” Pittman said.

Now that is really not good news for the Hogs.

The Hogs will play Mississippi State on Saturday morning at 11 a.m. on the SEC Network and fuboTV. You can also hear the game online at HitThatLine.com and on the radio at ESPN Arkansas 99.5 in Fayetteville, 95.3 in the River Valley, 96.3 in Hot Springs and 104.3 in Harrison-Mountain Home.