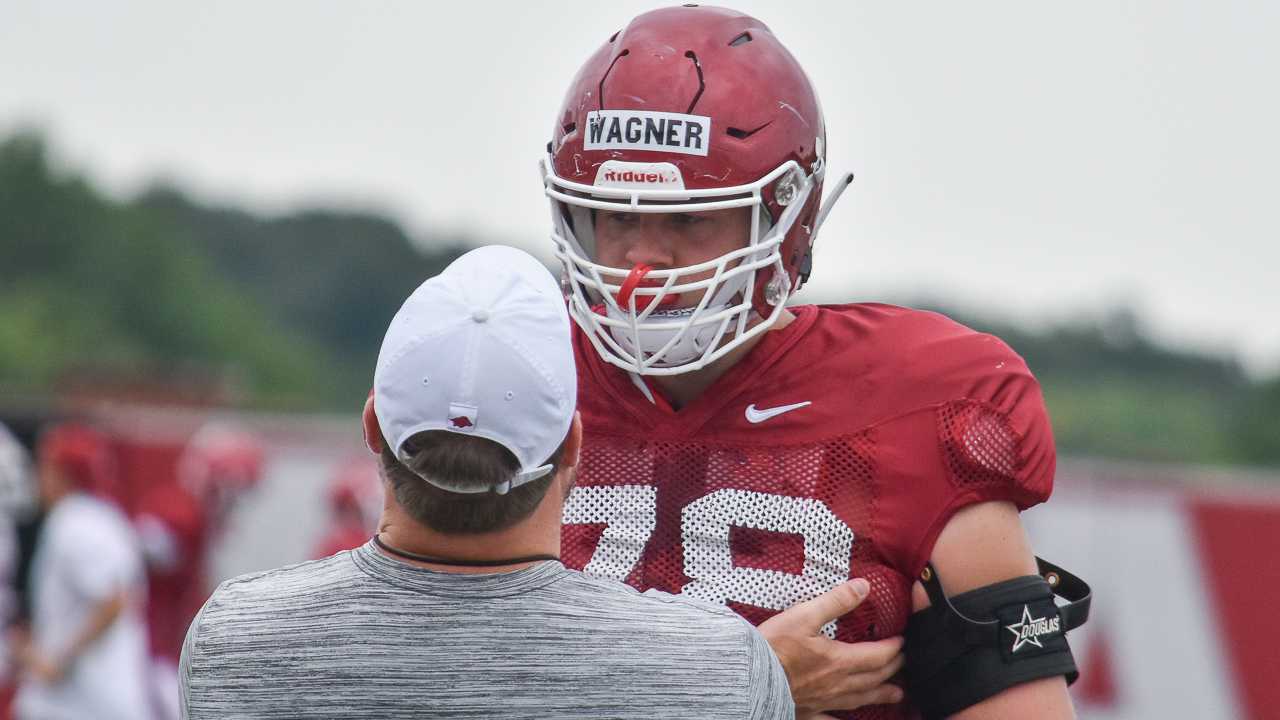 Dalton Wagner apparently wasn’t particularly interested in a lot of drama about whether he’s coming back or not.

He is and Sam Pittman announced it Monday, but he’s known for awhile.

That helps what he needs to continue in the offensive line, which is experience and continuity.

With the final game of the season being at home, many seniors will be honored before the game. Not Wagner.

“I don’t know about the rest of them,” Pittman said. “Dalton is the only one that said he didn’t want to accept the honor this weekend.

“I don’t know if it really matters to be honest with you because last year all those guys walked out there and then came back,” Pittman said. “We’ll see how it all works out this week.”

Last offseason, Pittman was able to convince 11 seniors to come back. Pittman indicated he would be having a lot of those conversations this week in preparation for Friday’s game with Missouri.

RELATED:   Bud Light Seltzer Morning Rush Podcast: UCA not a problem in the second half

One of those talks is going to be with junior wide receiver Treylon Burks, the Hogs’ best player and currently in nearly every NFL projection as high as the first round.

Pittman has no idea.

But he will have to replace at least one offensive line spot with Myron Cunningham flat out of eligibility after coming back as a “super senior” this season.