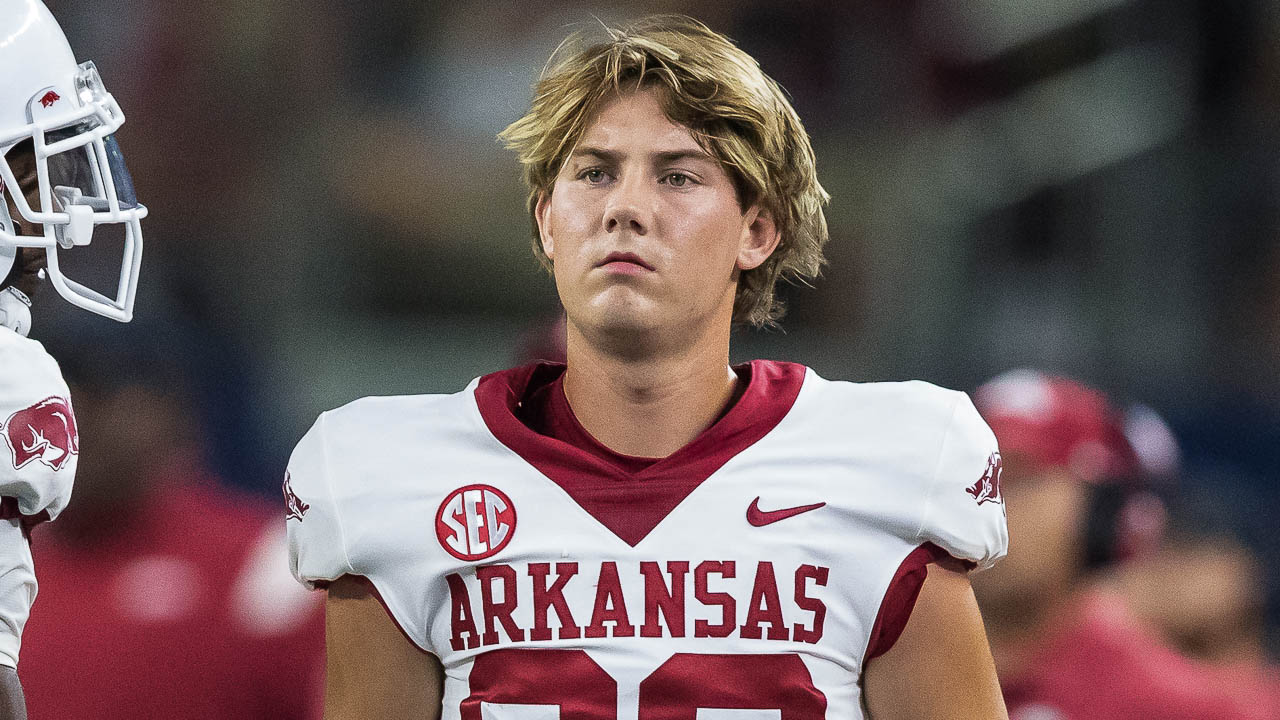 ARLINGTON, Texas — There will be talking heads wailing to the heavens about “what-if” for a week.

It’s a waste of time. To quote the cowboy John Dutton from Yellowstone, “it don’t matter.”

In usual Arkansas fashion, the 23-21 loss to Texas A&M on Saturday night will be placed on coaching. The usual pecking order on that for this game will be Sam Pittman, then KJ Jefferson and, finally, Hunter Yurachek (don’t ask me because I’ve never figured out why the athletic director is at fault.”

Most of that will come from the Lunatic Fringe in Razorback Nation that is a small, but loud group.

Don’t blame the play-calling, either. That’s the most ridiculous thing some of us in the sports media do. After the play’s over we all know if it worked or not. Every great “play-caller” has some blunders he’d like to have back.

He’s on the headset and has veto power. Ultimately, any blame sits on his shoulders because that’s what he gets paid to take.

“We’ve got an offensive coordinator— a damn good one — and whatever we decide we’re going to do, we do it as a staff,” Pittman said. “I wish they would’ve worked, but they worked in practice.”

It doesn’t matter now. It’s not really an absurd notion that every game coaches think several times, “well, that didn’t work out like I thought.”

But nobody on the staff coached KJ Jefferson to lose the ball or misjudge a leaping attempt a couple of yards short.

Nobody coaches a kicker to hit the upright.

Defensive backs aren’t taught how to be out of position and whiff on a touchdown that is badly under-thrown in the end zone.

None of that was coaching. It was execution, which is worked on every day in practice and sometimes it doesn’t happen in a game.

“If kids did everything you coached them you’d be 15-0 and undefeated,” Pittman said about Jefferson’s fumble that ended up being a 98-yard scoring return the other way. “It’s human. They’re human. Certainly, that was one of our emphasis. We had six of them from the week before. He wanted to score, and it happened.”

Don’t be quick to blame Cam Little, either.

“He’s distraught, but he didn’t mean to miss it,” Pittman said. “It just didn’t go through. We had a lot more opportunities to just that, you know. It came down to that play, and we were just unfortunate.”

Yes, the coach was defensive from the onslaught he probably heard at the end of the game (he’ll likely never admit that) and what he knows is coming.

What everybody seems to forget is Texas A&M was favored by 2.5 points at most sports books.

Hog fans and media types spent all week wailing about a lack of respect or “idiots being wrong.”

Sometimes, though, when the books have a number you don’t agree with, you might want to consider if they know something we don’t.

And that might just be the Aggies have a lot of talent.

Sooner or later, they were going to figure things out.

They did Saturday night.