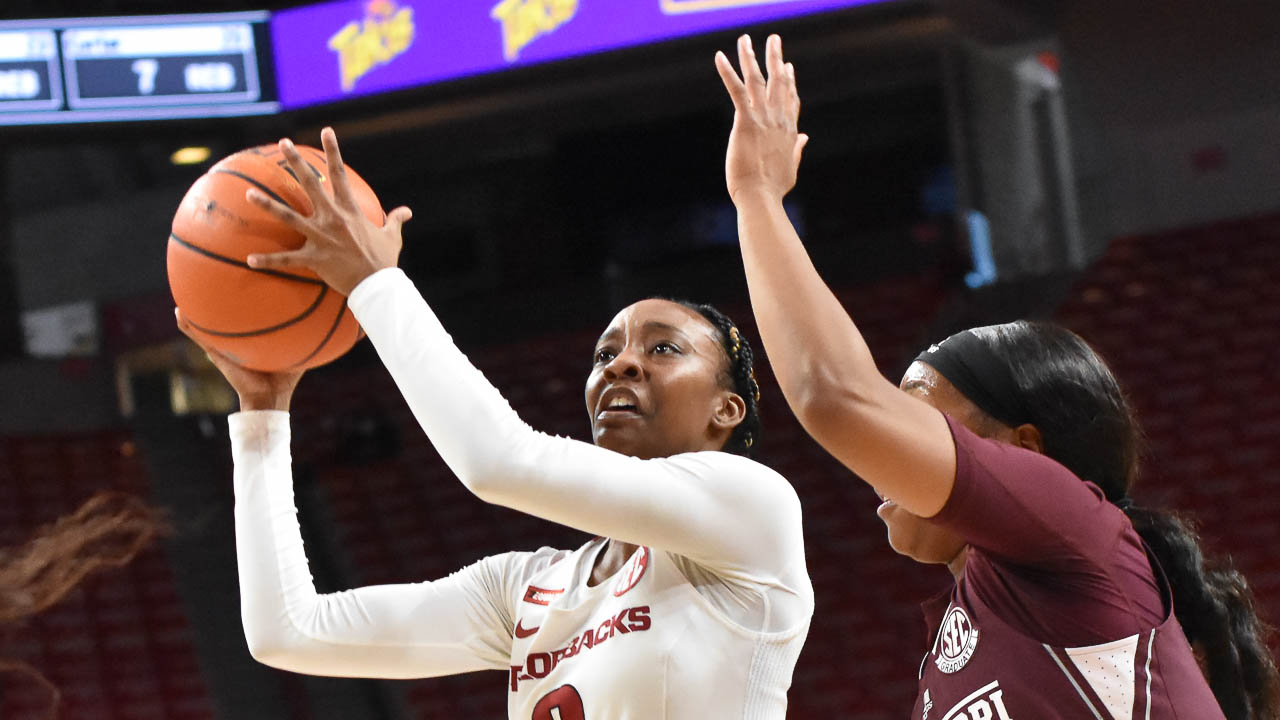 Spencer, who has found herself in the starting lineup since she last won the honor in November, becomes the first Hog to win the award multiple times in a season since Jailyn Mason did so back in 2017.

Spencer played both of her best SEC games to date back-to-back this week, helping Arkansas pick up wins against Alabama and Mississippi State.

With the wins, Arkansas has won three of four, and is back up to .500 in league play. Against the Crimson Tide, Spencer was steady and efficient.

She dropped in 18 points in the win, hitting seven of her 13 shots, including four of her eight triples. Spencer also dished five assists in the win, just one shy of her career-best mark, and pulled down three rebounds.

Spencer, who goes 5-7, even blocked a shot in the game.

Her 18 points against the Tide lasted as a career-high for just 48 hours, as the Fort Lauderdale, Florida, product dropped in 19 more points against Mississippi State.

She was just as efficient on Sunday – Spencer hit six of her 12 shots, and a career-best five threes on eight tries. This game was tied at halftime but finished as a blowout.

That’s because Spencer caught fire in the Hogs’ 32-point third quarter, scoring 10 points, including back-to-back-to-back three’s early in the period to put some distance between Arkansas and Mississippi State.