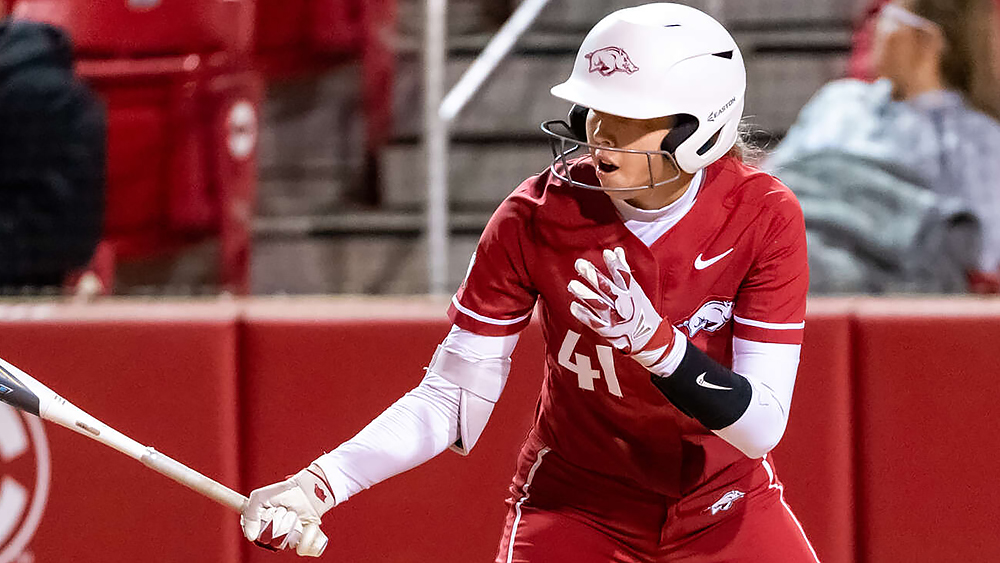 FAYETTEVILLE — Arkansas is less than two weeks out from it’s season opener in Las Cruces, New Mexico, and are tabbed in the top 25 in five different preseason polls.

Earlier this month, the team was predicted to finish seventh in the SEC after a vote of the 13 head coaches in the league’s preseason poll.

According to the NFCA rankings, Arkansas will face ranked opponents in 15 games, six of which will take place in Bogle Park. The Razorbacks will also play in five games against opponents that are receiving votes in the preseason poll.

Three of the Pac-12’s teams were in the top five. The Atlantic Coast Conference, Colonial Athletic Association and Sun Belt Conference each saw a single program among the top 25.

The 2020 USA Today-NFCA Division I Top 25 Poll is voted on by 32 NCAA Division I head coaches, one representing each conference.

Final 2019 records are shown with first-place votes in parentheses. The first regular season poll will be published on Feb. 11.

Information from Razorback Sports Information is included in this story.