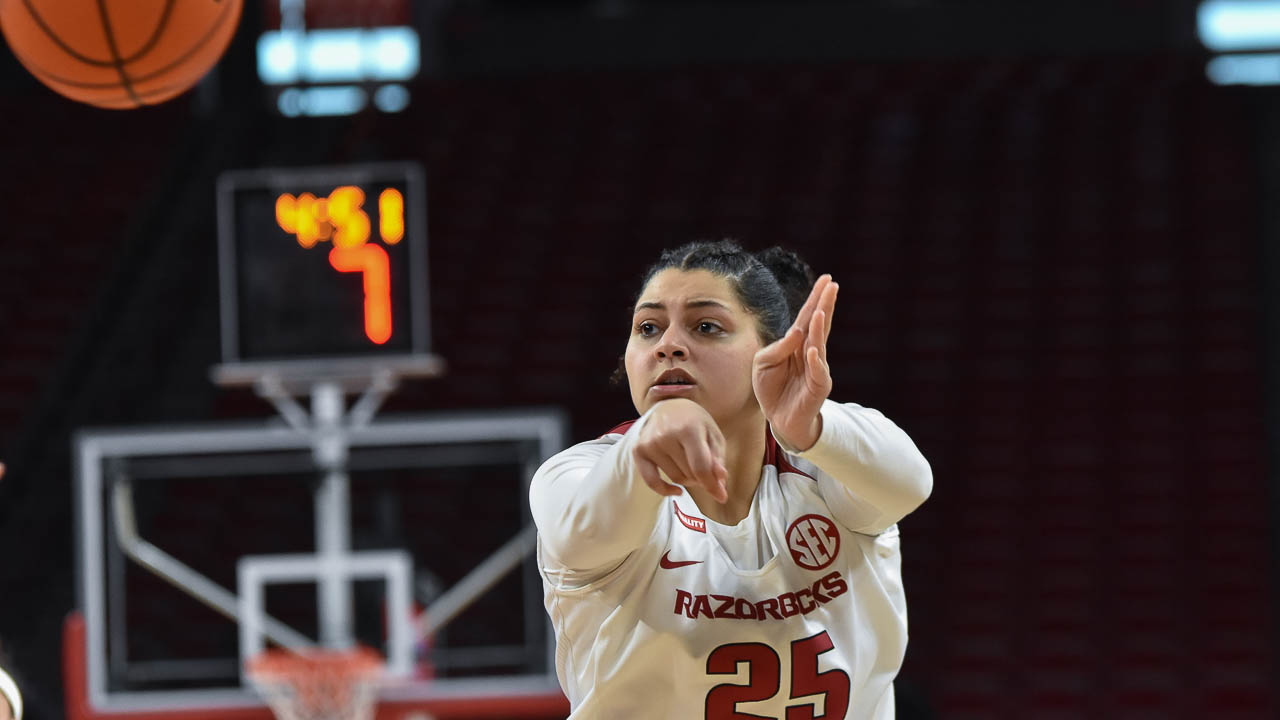 The Razorbacks’ defense was absolutely stifling, holding the visitors to just 26% from the field and 12% from beyond the arc. The Hogs have now held two opponents under 40 points this year, as Tarleton State only scored 33 points in the season opener.

It was a sluggish start for both offenses, as it took almost three minutes of game time before the game’s first points to be scored.

Both defenses looked much sharper than their opposing offenses, and the first quarter ended with an offensive whimper, as Little Rock led, 13-12.

The Razorbacks held the Trojans to 25% shooting in the first half and forced 12 turnovers, but they committed nine themselves, and the first half ended with Arkansas holding an eight-point lead, 26-18.

Razorback forward Destinee Oberg had a huge impact off the bench, scoring 10 points in the second half.

Arkansas held Little Rock to 26% shooting on the night, including a 2-16 clip from three-point range, and ran away with this one in the end. Arkansas outscored its in-state foe by 26 in the final 20 minutes.

• Oberg tallied the first double-double of her career in just 17 minutes of play, going for 10 points and 10 rebounds, both career-highs.

• Goforth nearly double-doubled herself, pulling down eight rebounds to go with her 14 points.

• Eaton got back into double-figures, scoring 11 points, eight of which came in the second half.

Arkansas heads down to Little Rock, where they will finish their in-state schedule with a showdown against Central Arkansas in Simmons Bank Arena.