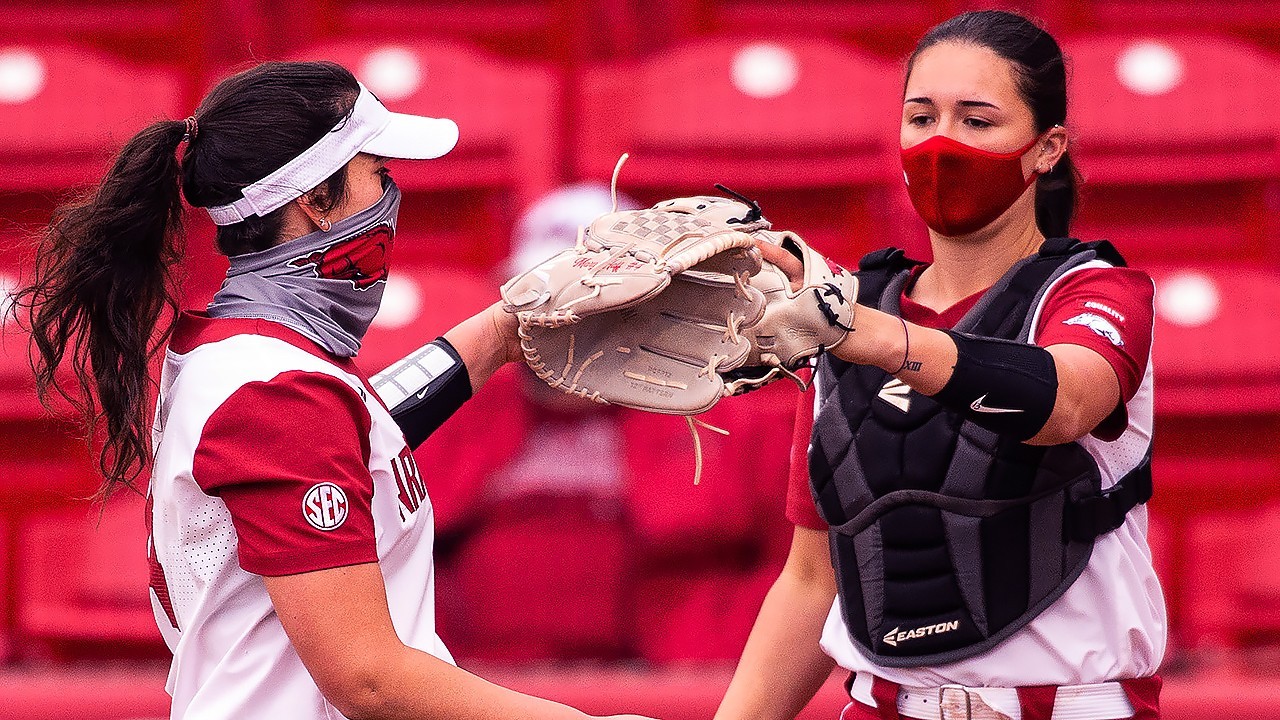 COLUMBIA, S.C. — Arkansas hit two home runs, and pitcher Mary Haff struck out 10 in a 4-1 victory over South Carolina in the SEC opener at Carolina Softball Stadium on Friday night.

The Razorbacks (18-2, 1-0 SEC) added to the school record by winning their 17th straight game, and for the third straight year won the league opener against a ranked opponent.

With infielder Braxton Burnside and designated player Linnie Malkin’s home runs, the Razorbacks lead the SEC hitting 49 bombs this season, which is tied for ninth-most in a single-season in program history.

Haff sizzled through the first three innings, facing two over the minimum and striking out five. In the second, she wiggled out of a two on, one out mini jam by striking out the side.

She coasted through the third and fourth stanzas, facing the minimum while striking out three and throwing just 14 pitches.

After outfielder Sam Torres was hit by a pitch, Burnside broke up the scoreless game in the top of the fifth, giving Arkansas a 2-0 lead on a two-run homer to left.

Burnside’s 12 homers this year lead the SEC and rank second nationally. South Carolina (13-4, 0-1 SEC) cut the lead in half in the frame’s home side on three singles.

Haff limited the damage and stranded runners on first and second, with third baseman Nicole Duncan’s diving grab on a popped up bunt serving as the key play.

Malkin immediately got the run back leading off the sixth, rocketing a moonshot homer to left, which gave Arkansas a 3-1 lead.

The Razorbacks added an insurance run as outfielder Ryan Jackson worked a walk and was sacrificed to second by outfielder Larissa Cesena, setting up Lauren Graves’ pinch hit RBI single.

Haff (11-1) pitched tremendously and allowed just six singles with 10 strikeouts. She did not walk a hitter and picked up her nation-leading 11th win.

The Razorbacks and Gamecocks play the middle game of the series at 1 p.m. CT tomorrow, March 13 on SEC Network+.