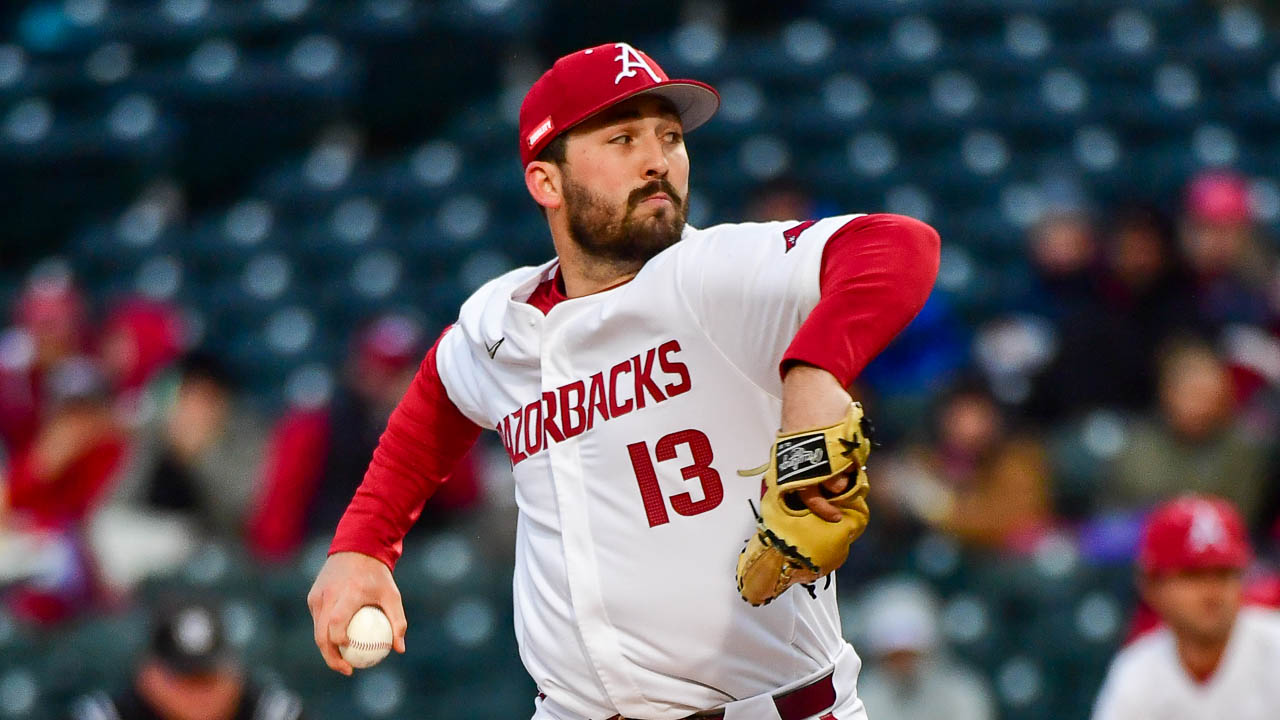 First pitch in the opener between the Hogs and Tigers is set for 6 p.m. Friday on SEC Network+.

Game two gets underway at 2 p.m. Saturday on the SEC Network, the Hogs’ first nationally televised ballgame of the year.

The series between Arkansas and Mizzou concludes with a 1 p.m. first pitch Sunday on SEC Network+.

Listen to Phil Elson online at HitThatLine.com on the radio at ESPN Arkansas 95.3 in the River Valley, 96.3 in Hot Springs and central Arkansas, 104.3 in Harrison-Mountain Home

The Razorbacks, winners of 11 straight games as well as 11 consecutive SEC weekend series, are 3-0 in SEC play for the fourth time in the last five seasons.

With a win in Friday night’s series opener, Arkansas would start 4-0 in the SEC portion of its schedule for the fourth time in the last five seasons.

Since 1960, Arkansas owns a 21-14 record in meetings against Missouri. That includes a 9-6 mark in games played in Columbia. The Hogs and Tigers will meet for only the fifth time since Mizzou joined the SEC ahead of the 2013 season.

The Razorbacks have has won three of the last four series, including sweeps in Columbia during the 2014 season and in Fayetteville during the 2019 campaign. Overall, Arkansas is 9-3 in SEC regular-season contests against Missouri.

• Arkansas is on an 11-series win streak in SEC play. The Hogs won all 10 of their conference series last season and took the first series of league action this year following a three-game sweep of Kentucky one weekend ago.

• Should Arkansas sweep this weekend at Missouri, it will mark the Razorbacks’ first 6-0 start since 2009. Arkansas began that season 8-0 in conference play, including back-to-back three-game series sweeps of Florida and Auburn.

• Arkansas’ pitching staff ranks ninth nationally in hits allowed per nine innings (6.6) while holding the nation’s 12th-best earned run average (2.95). Defensively, the Razorbacks have been superb with a .987 fielding percentage, which ranks first in the SEC and fifth nationally.

• RHP Connor Noland will make his sixth start of the season in Friday’s opener, seeking his team-leading fourth quality start of the season. The Greenwood, Ark., native also started against Missouri when the two teams last met for a series, striking out four over 4 2/3 innings of one-run ball in Arkansas’ 4-3 win on March 16, 2019, at Baum-Walker Stadium.