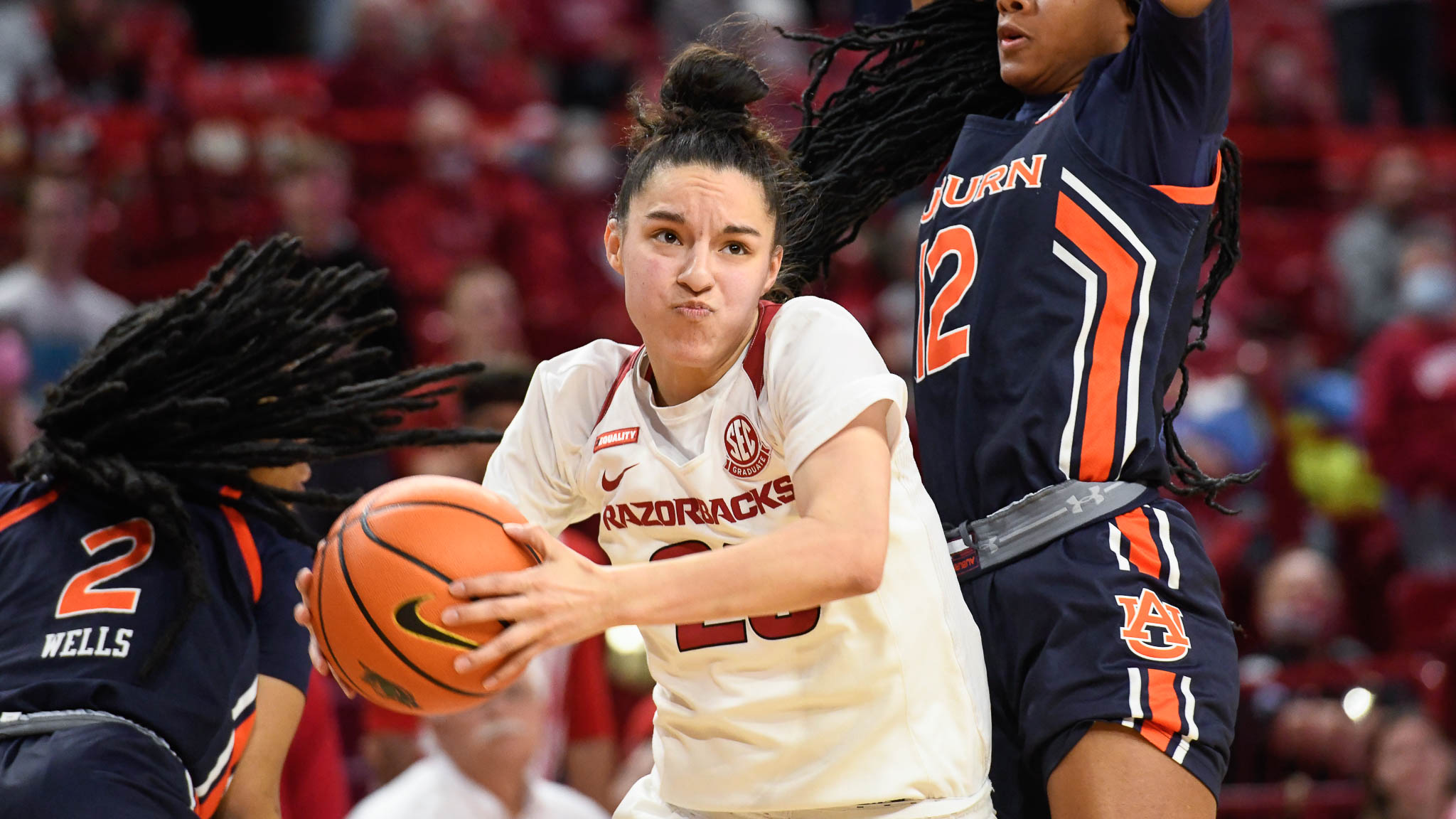 Redshirt senior Amber Ramirez hit a layup with 0.4 seconds remaining to send the Razorback faithful into a frenzy and seal the win in a massively important comeback win for the Hogs.

The win snapped a two-game skid for Arkansas, and the Hogs did it without starting guards Makayla Daniels and Samara Spencer, as well as Jersey Wolfenbarger, who had started 13 straight games down low.

Ramirez was crucial for Arkansas on Thursday night, accounting for 30 of the Razorbacks’ 68 points, her first 30 point game this season.

The San Antonio native was a menace on the offensive side of the ball, scoring from all areas of the floor, and she posted a very clean 5-11 clip from deep and 5-6 mark from the free throw line. She also added four rebounds and two steals to her 40-minute effort.

Arkansas struggled with the three-point shot in the first half, managing only one make out of 10 tries.

That created an opening for the visiting Tigers who, behind some strong play from junior guard Honesty Scott-Grayson, showed why they were able to upset No. 4 Tennessee just a couple weeks ago.

Auburn had the momentum heading into the second half of play, but the Razorbacks matched each Auburn blow with one of their own to stay within reach.

Auburn ramped up its game in response to Arkansas’ energy, expanding the lead to 10 in the third quarter.

That is when the Hogs flipped the script, as back-to-back three-pointers by Ramirez and Elauna Eaton in the fourth quarter brought Arkansas to within two, and Sasha Goforth earned a putback to tie the game, an eight-point swing in two minutes.

With six minutes left in the fourth quarter, Arkansas drew even for the first time since the opening tip.

The Hogs then gained their first lead of the game with just over five minutes to play after Ramirez made a pair of technical foul free throws. An acrobatic layup by Goforth followed, giving Arkansas a three-point, 61-58 lead.

In a game that was very physical down the stretch, the Hogs and Tigers duked it out to the end.

The two teams exchanged the lead four times in the final two minutes of play, but Ramirez’s layup was the final blow that left Arkansas victorious in an instant classic.

• Ramirez garnered the offensive spotlight with a ruthless scoring onslaught. Her 30 points were a season-high and she matched her season best in field goals made (10) and three-pointers made (5).

• Goforth provided some support for Ramirez, tallying 16 points of her own, with five rebounds in 34 minutes.

• Erynn Barnum was key on the glass, snatching nine rebounds.

• Emrie Ellis was awesome off the pine – the freshman scored a career-best 11 points, pulled down a career-best five rebounds, and blocked two shots.

The Razorbacks continue SEC play Sunday on the road against Missouri at 2 p.m. CT can be streamed on the SEC Network+.