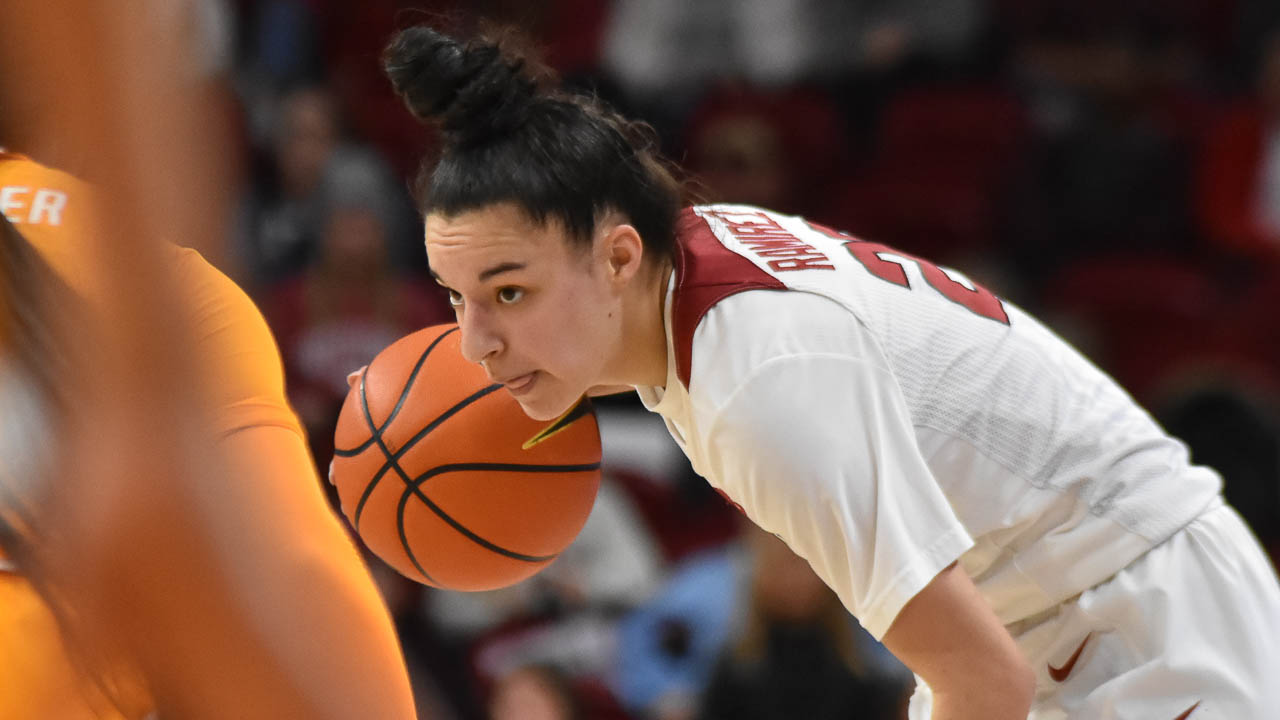 It was the first time she’d picked up a league.

Freshman Samara Spencer picked up her third freshman of the week award, including the second week in a row.

Ramirez put together arguably the best stretch of her collegiate career this week, as she averaged 27 points per game on 54% shooting against two top-15 opponents.

In the game against No. 12 LSU, Ramirez led the way in Arkansas’ first ranked win since February of 2021, dropping in 25 points, 16 after halftime.

Ramirez hit five of her eight threes in the game, including four of them in the decisive third quarter spurt.

Her 25-point mark was one shy of her season high, while her 10 made field goals and five made threes both matched her season-bests.

Somehow, Ramirez was even better against No. 7 Tennessee, dropping in a season-high 29 points on the road in Arkansas’ overtime loss.

She was just as efficient despite the increase in total points, hitting nine of her 17 field goal attempts, while adding five more three’s on nine tries to her SEC-leading total of 32 three’s made.

The redshirt senior guard was also huge on the glass against one of the better rebounding teams in the country, hauling in eight rebounds, nearly giving her a double-double.

Ramirez did almost all of her damage in this game without Makayla Daniels, who went down in the second quarter with injury. Coming into Monday night’s game, Daniels was leading Arkansas in scoring, rebounding, steals and assists.

Spencer continues to build her case for the league’s freshman of the year honor.

Spencer helped Arkansas knock off LSU, while stepping in to nearly rally Arkansas past the Lady Vols on the road Monday night.

She was special against LSU, hitting 53 percent of her shots in the first 20-point performance of her young career.

It marked her third straight game increasing her season-best point output, as she had dropped 18 points at Alabama on Jan. 20, followed by 19 points against Mississippi State on Jan. 23.

She hit three of her five threes in the game, while pulling down three rebounds and dishing two assists.

Against Tennessee, Spencer took over the lead guard spot, as Daniels went down in the second quarter due to injury.