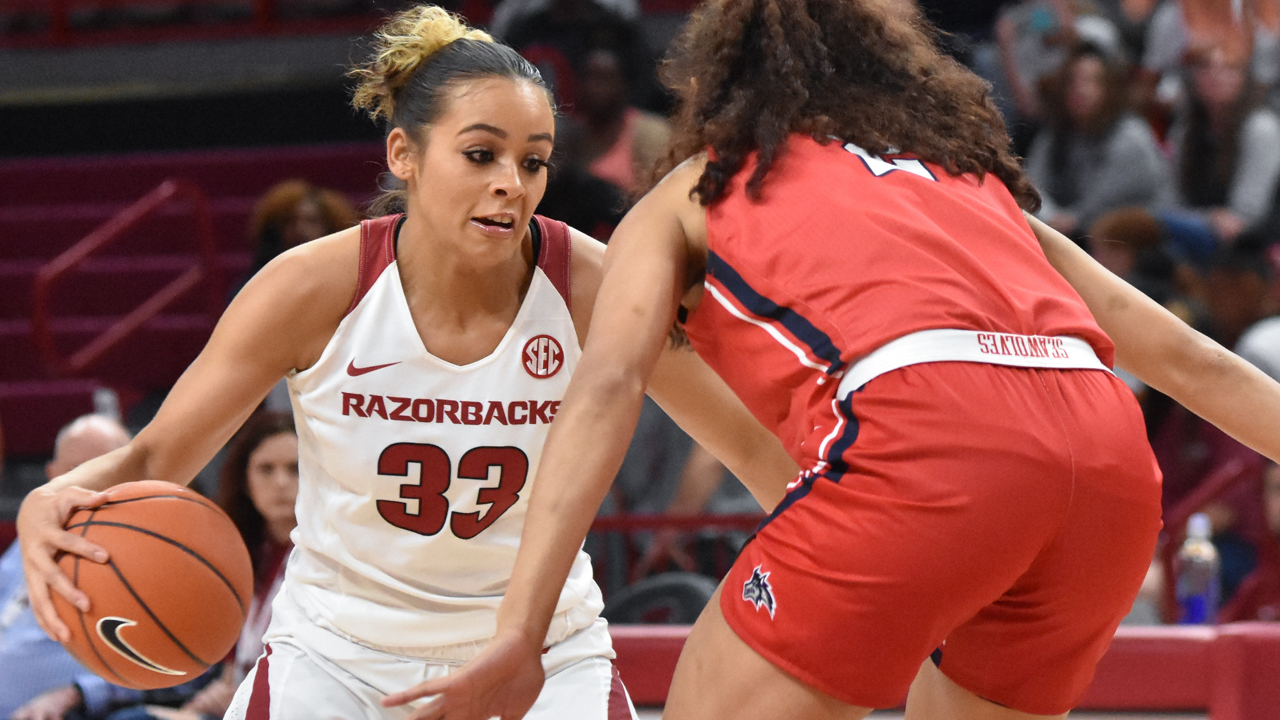 The Razorbacks used a big first half from beyond the arc (7-13) to get ahead and stay ahead, five of which came from redshirt junior guard Amber Ramirez.

The Hogs had given themselves a little bit of breathing room late in the first quarter, as coach Mike Neighbors’ squad led 23-15 after one.

The Hogs exploded in the second quarter, erupting from beyond the arc, making six straight treys to put the game away.

The run started with the Hogs up 30-23 with 4:56 to play in the second quarter, and saw the Hogs score 21 points in just under four minutes of clock time. During the run, Ramirez hit four 3’s, redshirt junior guard Chelsea Dungee hit one and freshman guard Makayla Daniels hit one.

• Ramirez’s 26 points was her most as a Hog, and her six treys matched the most made threes in a game by a Razorback this season.

• Daniels continues to score the ball with efficiency, going for 13 points on three of six shooting. She has been in double-figures in all four of her career games so far.

• Junior forward Taylah Thomas once again led the Hogs in rebounding, grabbing nine of them in the game.

That game will start at 7 p.m., and will be streamable on SECN+.