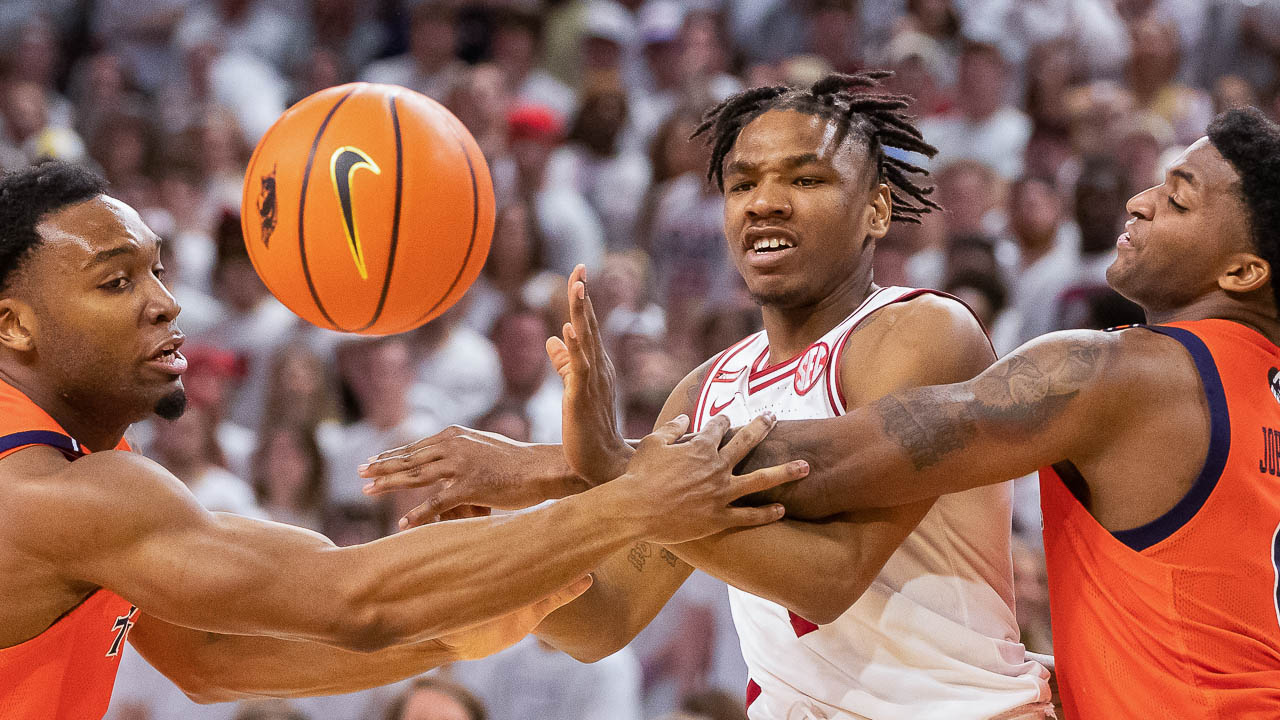 FAYETTEVILLE, Ark. — Last week was a pretty good one for Arkansas’ JD Notae.

After averaging 26 points, 5.5 assists and 3.5 rebounds per game in wins at Florida and against sixth-ranked Kentucky, he picked up some national notice this week.

It is Notae’s first career weekly SEC honor and the third by a Razorback this season, joining two-time recipient Jaylin Williams.

At Florida, Notae had a team-high 22 points while adding six rebounds, three assists and two blocked shots in helping Arkansas snap a 14-game losing streak to the Gators in Gainesville.

Notae scored five key points late in the game to secure the win. First, with Arkansas up one with 1:06 left, he drained a three-pointer to put Arkansas up four. After a defensive stop, Notae sank two free throws with 40 ticks left for a six-point cushion.

Before another packed house at Bud Walton Arena on Saturday against Kentucky, Notae had 30 points and eight assists in a 75-73 win.

He became the first Razorback to have at least 30 and eight in any game since the Hogs joined the SEC (1991-92).

He additionally became the first SEC player to have at least 30 and eight against an AP top 10 team in the last 25 years.

It was the third time Notae has scored at least 30 points this season and his eight assists both tied a season-high and were a career-high in an SEC game.

Notae led Arkansas to a 15-2 run to start the Kentucky game with eight points and two assists. He accounted for 12 of the first 15 points.

His eighth assist of the game came with 1:22 left (to Williams) that put Arkansas up one (71-70), a lead the Hogs would not relinquish.

Finally, up four with nine seconds left, Notae blocked a shot by TyTy Washington to help seal the win.

Arkansas returns to action Wednesday against LSU in the Razorbacks’ final home game of the 2021-22 season.

Tipoff is set for 8 p.m. and the game will be televised on ESPN2.