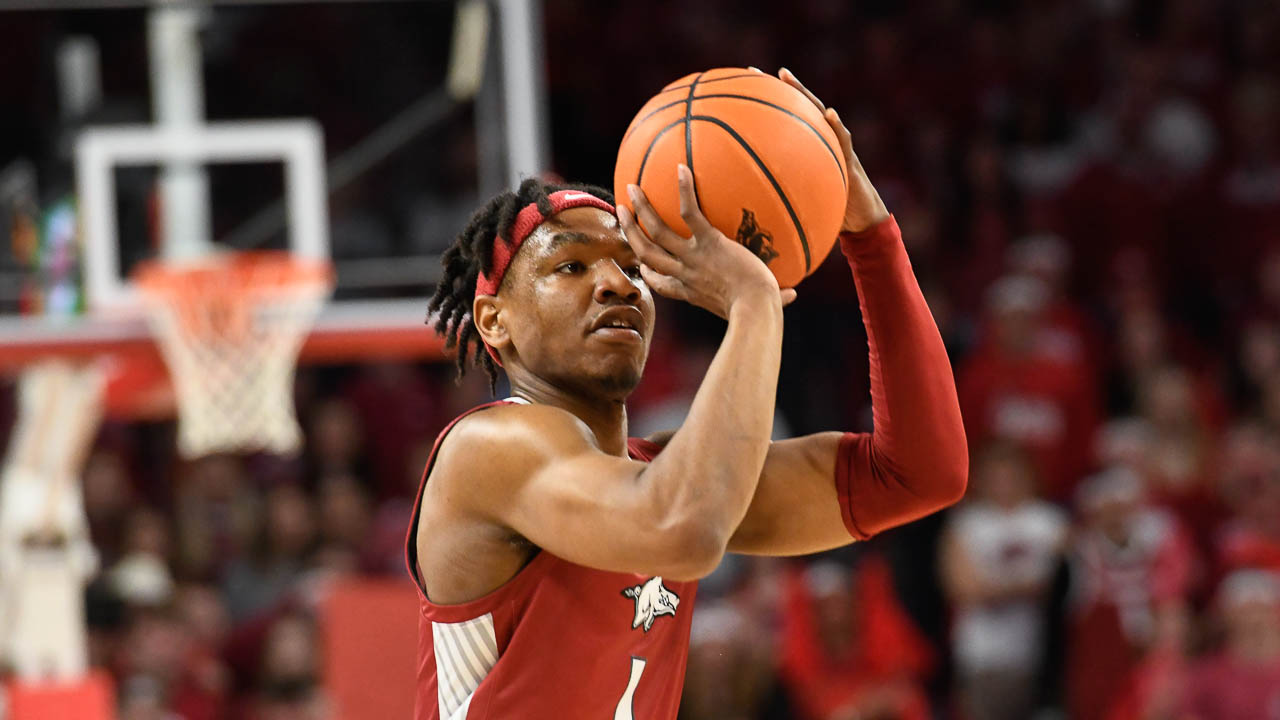 FAYETTEVILLE, Ark. — JD Notae’s career at Arkansas is over.

The transfer who was the second-leading scorer in the SEC this season announced his decision on social media Sunday morning.

Notae was a third-team AP All-American, first-team All-SEC performer and was recognized on the All-West Regional team for his efforts in Arkansas’ run to the Elite Eight that included wins over Vermont, New Mexico State and top-overall seed Gonzaga.

In four NCAA Tournament games this season, Notae averaged 17.5 points, 5.25 rebounds and 4.25 assists for the Razorbacks.

Maybe the most that will be missed is how well he worked with coach Eric Musselman.

“His growth in his game has been remarkable on both sides of the basketball,” Musselman said at a press conference last month. “He and I are connected on … I don’t have to say words sometimes to him.

“He kind of reads my mind, but he has had two really phenomenal years, and he had a phenomenal sit-out year too. He has a personality where everybody on the team likes him, and when you have a leading scorer and everybody likes you, it talks about his personality and how connected he is to the guys.”