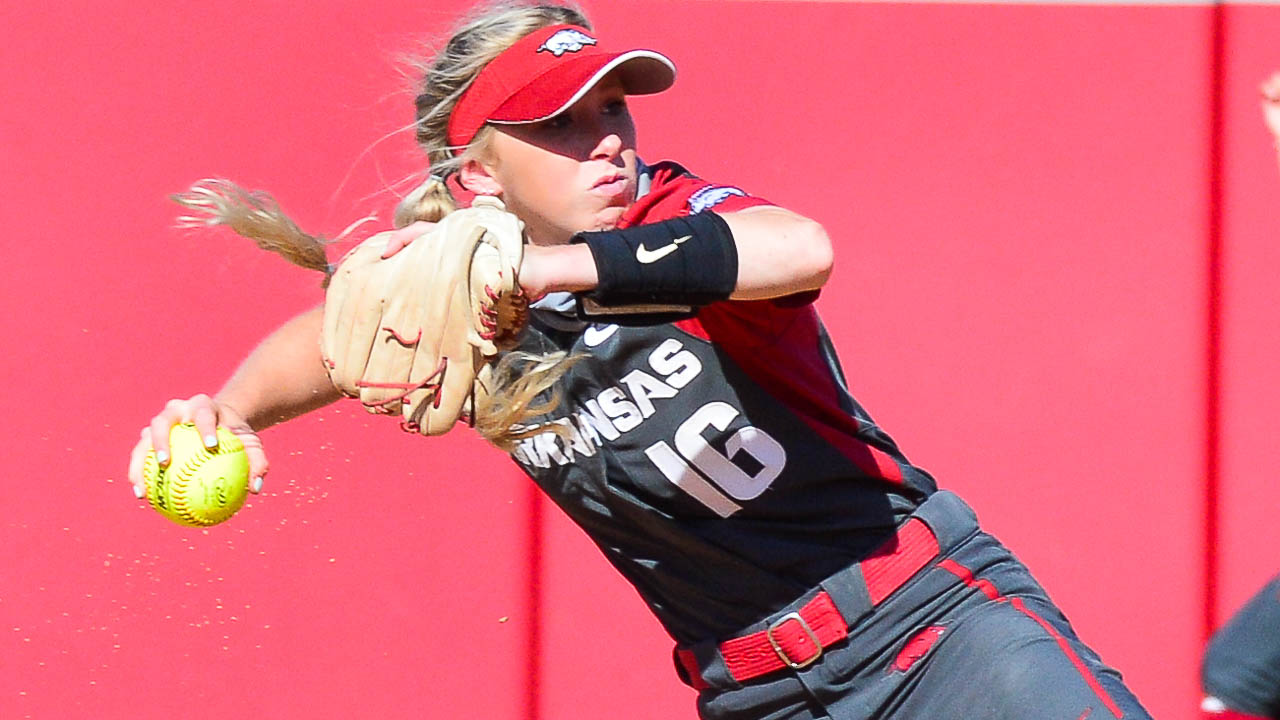 Missouri handed Arkansas back-to-back losses for the first time all season, as it won game two of a three-game series, 10-1, at Bogle Park on Sunday afternoon.

Seniors Kayla Green and Aly Manzo recorded the Razorbacks’ only two hits of the day.

Missouri scored first in the top of the second inning on a solo home run, and Arkansas evened the score in the bottom half of the inning on catcher Green’s solo home run to left, her 11th of the season.

The Tigers added another single tally in the third and never looked back, scoring a single run in the fourth before striking for five in the sixth and two in the seventh.

Freshmen arms Allie Light and Lauren Howell combined to finish the final 3.0 frames and allowed seven runs, however, only three were earned.

Laurin Krings (7-2) picked up the win in relief for Mizzou, tossing 5.1 hitless innings with five strikeouts.

The Tigers outhit Arkansas, 11-2, with Manzo singling in the second to record the team’s only other hit. Infielder Hannah Gammill and designated player Linnie Malkin also reached on a walk and a hit by pitch, respectively.