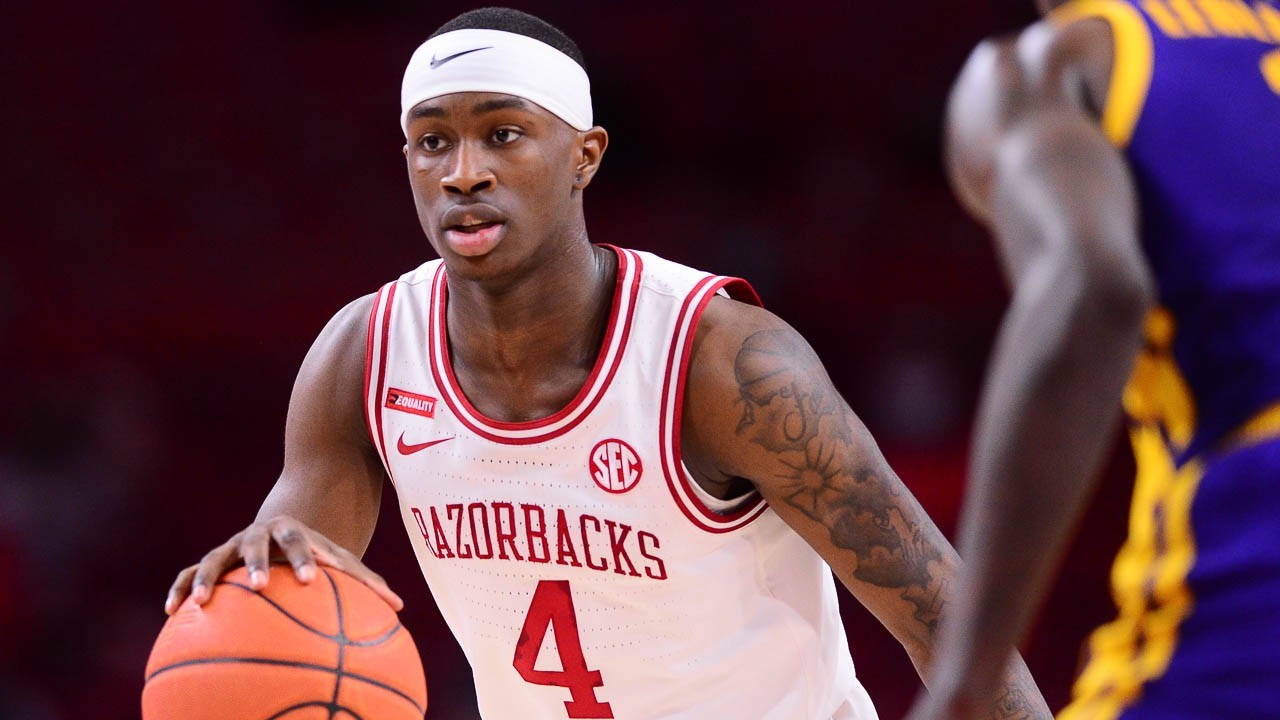 Arkansas was picked to finish third and sophomore guard Davonte Davis was selected second team All-SEC by a select panel of both SEC and national media members.

The No. 3 SEC preseason rank is the highest for the Razorbacks since being picked third for the 2014-15 season, a year the Hogs finished second.

Last season, Arkansas was picked sixth in the preseason and finished regular-season runner-up.

Davis played a key role in Arkansas late-season success and run to the NCAA Elite 8.

Davis was second on the team in deflections and, on a per 40 minute basis, averaged 14.2 points and 7.5 rebounds. Davis is just one of two Razorback freshmen to ever have at least 15 points, 5 rebounds and 5 assists in a game and is the only Razorback rookie to do it twice in a season.

RELATED:   Lane Whitman The Railbird: Oaklawn season getting under way this week

Kentucky was picked to win the SEC with Alabama picked second ahead of the Razorbacks. Vanderbilt’s Scotty Pippen Jr., was selected as the SEC Preseason Player of the Year.

While JD Notae, the SEC Sixth Man of the Year last season, did not make the SEC first nor second preseason team, he did receive votes for SEC preseason Player of the Year along with Alabama’s Jaden Shackelford & Jahvon Quinerly; Arkansas’ JD Notae; Kentucky’s Keion Brooks Jr., Kellan Grady and Sahvir Wheeler; and Tennessee’s Kennedy Chandler.

Up next for the Razorbacks, Arkansas will host East Central University in the first of two exhibition games on Oct. 24 (Sunday). Tip off is set for 3 pm in Bud Walton Arena.