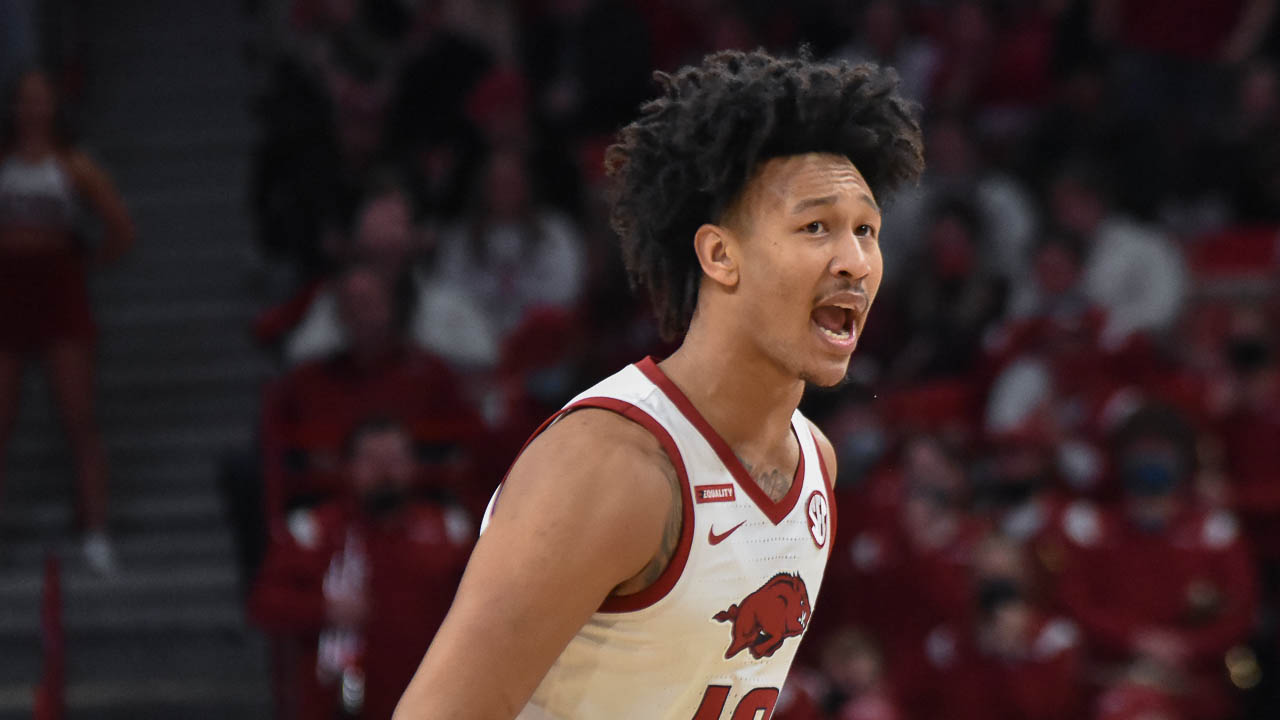 FAYETTEVILLE, Ark. — Jaylin Williams grew up just a few miles from the Oklahoma state line in Fort Smith and now he will be playing a lot of in that state now.

Williams was picked with the 34th overall pick (fourth in the second round) of the NBA Draft on Thursday night by the Oklahoma City Thunder.

He is the first Razorback the Thunder have selected and the 16th-highest picked player in school history.Dean Tolson was selected in the fifth round by the Seattle Supersonics, which became the Thunder, in 1974.

“He’s going to be a great fit with the Thunder,” Eric Musselman said. “He is a player that should be able to come in right away and contribute due to his high basketball I.Q., his ability to rebound and his play on dribble-handoffs.”

Williams, named to The Athletic’s All-Glue Team this past season, helped Arkansas to back-to-back NCAA Elite 8 appearances. In 2021-22, he established himself as one of the top defensive players in the country, one of the top rebounders in the nation and one of the top passing big men.

He was named a Lefty Driesell Defensive All-American and was named to the SEC All-Defensive team. He also led the NCAA by taking 54 charges in 2021-22 while also leading the Razorbacks in charges taken as a freshman with 16.

He ranked third on the team with 95 assists with 16 games dishing out three-or-more assists.

Williams was additionally named first team All-SEC by the league’s coaches – second team by the media – and was named the NCAA West Regional All-Tournament team. Williams additionally earned SEC Player of the Week honors twice and was on the USBWA and NABC All-District teams.

Williams averaged 10.9 points and 9.8 rebounds this past season, a significant improvement over his freshman campaign when he averaged 3.7 points and 4.7 rebounds.

This marks the fourth straight year Coach Musselman has had a player drafted including Cody Martin (at Nevada), Joe, Moody and Williams.