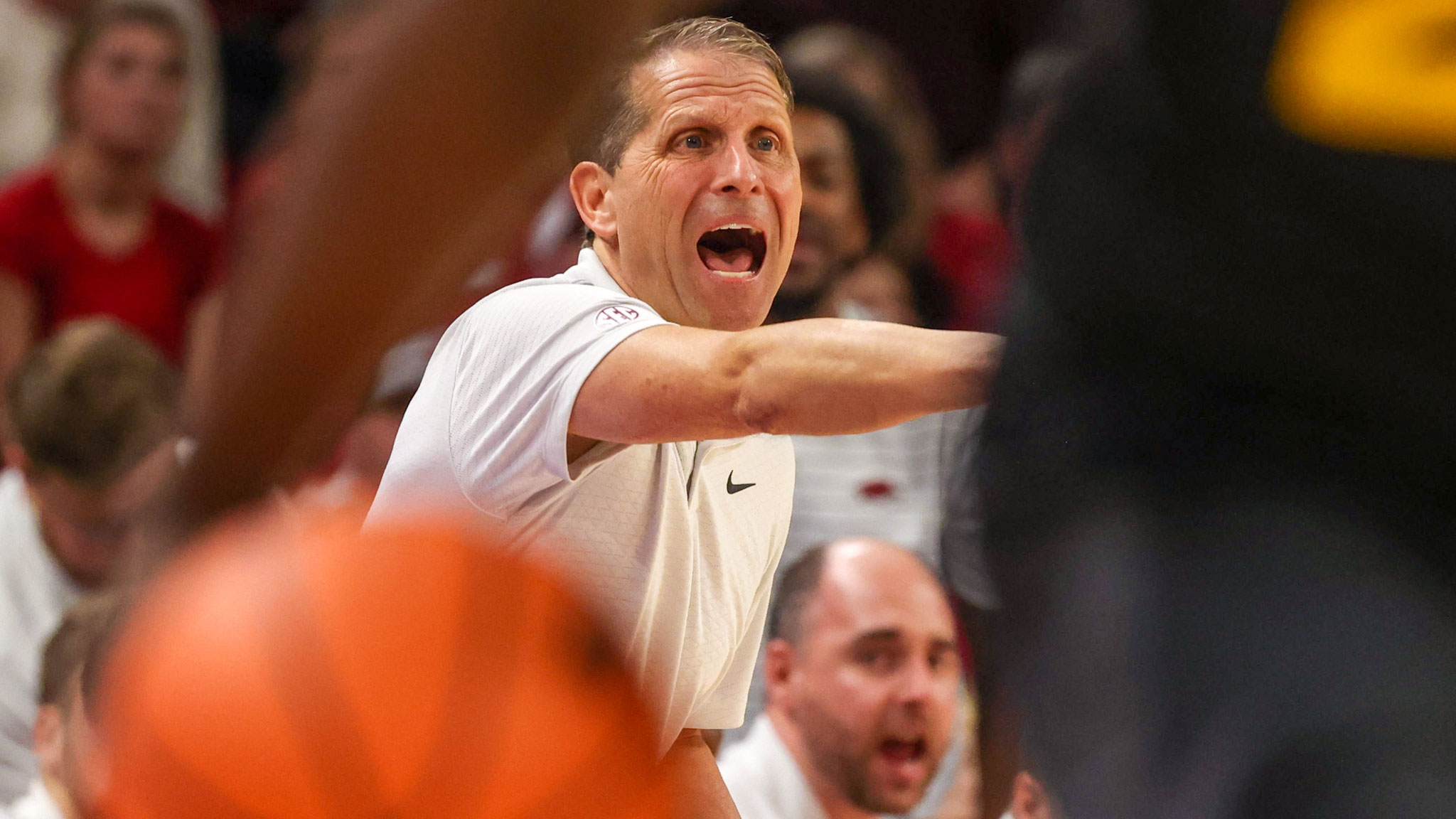 What: Arkansas has won five straight versus Missouri.

Where: Norm Stewart Court at Mizzou Arena in Columbia, Mo.

Radio: ESPN Arkansas Radio 99.5 in Fayetteville, 95.3 in the River Valley, 96.3 in Hot Springs and 104.3 in Harrison-Mountain Home with Chuck Barrett and Matt Zimmerman

FAYETTEVILLE, Ark. — It’s the second time around tonight for Arkansas and Missouri.

The No. Razorbacks stay on the road to face the Tigers on Wednesday (Jan. 18). Tipoff at Mizzou Arena is set for 8 p.m. and the game will be televised on SEC Network and ESPN Arkansas Radio. The radio pregame starts at 7:30 p.m.

They played 14 days ago at Bud Walton Arena and the Hogs had to come from behind by 17 to pull out the win. The problem is they haven’t found ways to win since.

The Hogs desperately need a league win. Playing someone twice in 14 days doesn’t offer anybody much advantage.

“Missouri’s got the same game film that we do,” Eric Musselman said this week. “They’re an explosive offensive team when you look at their numbers and they’re a team that creates a lot of steals. So I think some of the same themes that we had going into last game we need to do.

“But we cannot get behind by 17 like we did at Bud Walton.”

Since that meeting, the Hogs still struggle at times getting started like they have most of the season, but now they can’t figure out how to finish the second half. That blew a shot at a win against Vanderbilt.

• This will be the 60th meeting between Arkansas and Missouri all time and the second this season. Since Missouri joined the SEC in 2012-13 the borders rivals have played 23 times.

• Arkansas has won five straight and 6 of the last 7.

• Missouri does hold a 16-12 advantage all time when playing in CoMo, including a 6-4 mark in SEC games.

• The two squads faced off 14 days ago in Bud Walton Arena. It was Arkansas’ SEC home opener and Arkansas erased a 17-point deficit to beat the No. 20 Tigers, 74-68. Ricky Council IV scored 21 second-half points to lead Arkansas to a come-from-behind win. Overall, he finished with 25 points, making 11-of-13 at the line with a season-best seven rebounds. Joseph Pinion provided a big spark off the bench, scoring a career-high 13 points. Kamani Johnson was also a key factor in the win, getting eight rebounds and drawing six fouls. Arkansas erased its largest deficit of the season (17 points; 25-8 with 9:31 in the first half) thanks in part to an 8-0 run to end the first half and a 10-4 run to start the second. After Arkansas, took its first lead, Missouri bounced back to tie the game at 46 before Council drained a 3-pointer to put the Hogs up 49-46, a lead Arkansas would not relinquish.

• Since Eric Musselman’s arrival in Fayetteville, Arkansas has 85 wins. That total is the most in the SEC and 10th-most in the NCAA over that span.