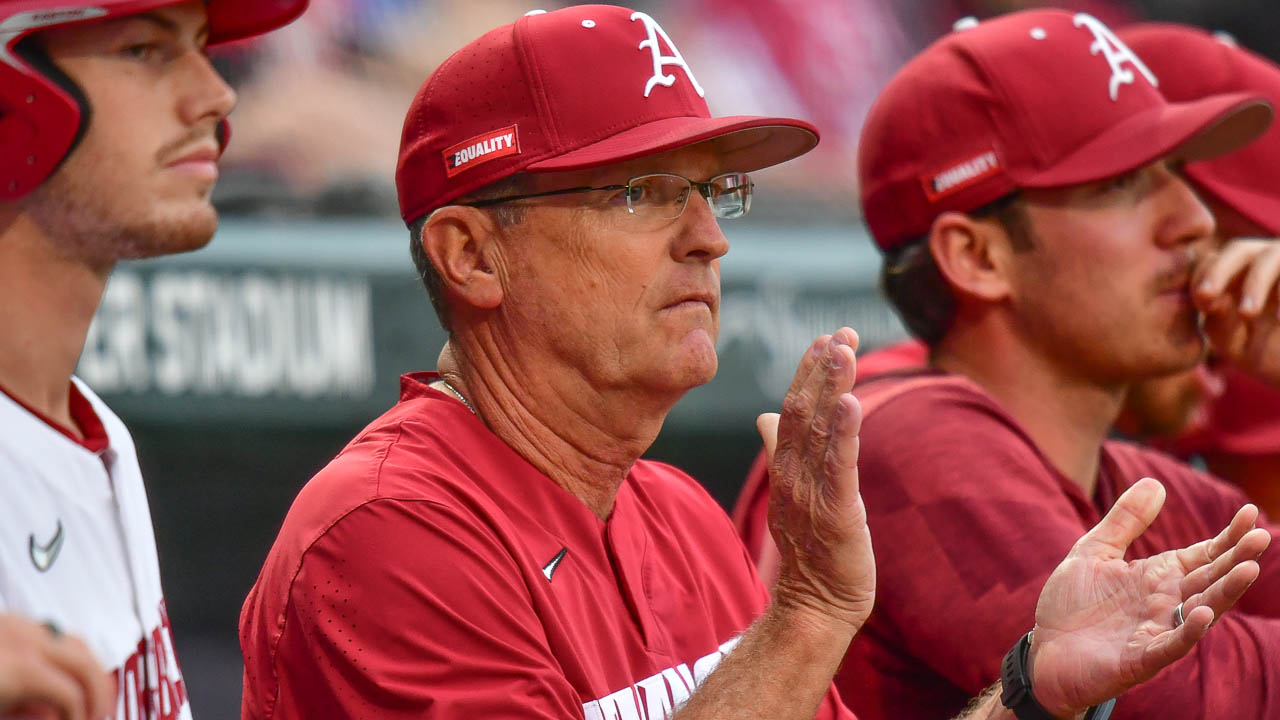 Arkansas has added a pair of midweek games against Omaha, including one at the home of the Kansas City Royals, to its 2022 schedule.

More details, including game time and ticket information, about the contest at Kauffman Stadium will be announced at a later date.

The two-game series between Arkansas and Omaha will mark the first time the programs have met on the diamond since 1965. The Razorbacks will play at Kauffman Stadium for just the second time in history, previously defeating Kansas State, 6-5, in 2017 at The K.

Arkansas, the defending SEC champion, now has 56 regular-season games on its 2022 slate. The Hogs open their 100th season of baseball against Illinois State on Feb. 18-20 at Baum-Walker Stadium.