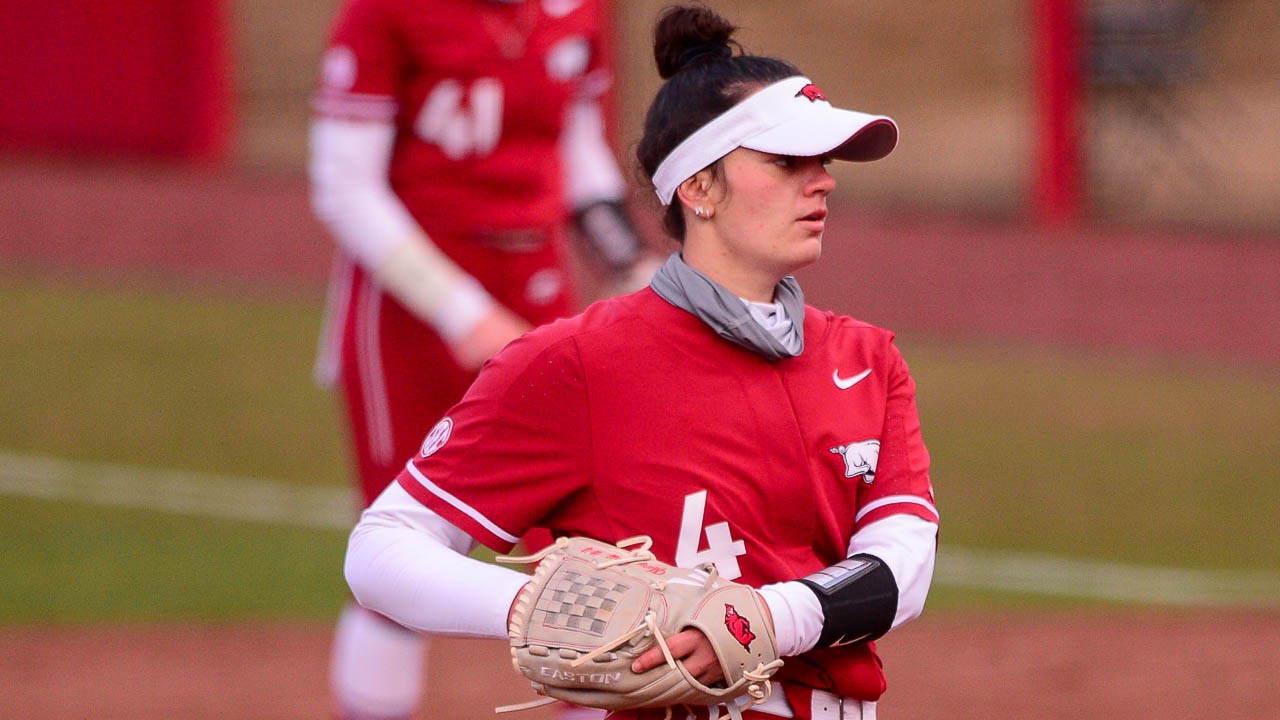 CONWAY — Pitcher Mary Haff recorded her nation-leading 10th win of the season and struck out a season-high 11 as No. 19 Arkansas defeated Central Arkansas, 4-1, for its 16th win in a row on Tuesday night at Farris Field.

The Razorbacks (17-2) hit two home runs, despite being held to a season-low three hits, and claimed the first-ever meeting between the two programs.

Arkansas wasted no time jumping on the board in the top of the first, as infielder Danielle Gibson put her team up by lifting a two-run homer to left for her fifth bomb in the last three games.

The Bears (12-8) responded hitting a solo homer in the bottom half of the inning, making the score 2-1.

A manufactured run in the second increased Arkansas’ lead to 3-1.

Infielder Audrie LaValley walked and advanced to second on outfielder Keely Huffine’s sacrifice bunt. Infielder Hannah Gammill went with a pitch over the outside part of the plate and spanked it to right center for a double, scoring LaValley.

Two of the Hogs first three runs came off free bases, as Burnside was hit by a pitch before Gibson’s homer in the first.

Haff worked around some traffic in the third and fourth innings, stranding two runners in each frame. She allowed back-to-back one out infield singles in the fourth but struck out the side.

The defense was solid all night playing error-free ball, and cut down a run at the plate in the bottom of the fifth after an infield single to short, with Gibson and catcher Kayla Green teaming up for the out.

In the sixth, designated player Linnie Malkin took momentum from the defense and jolted Arkansas’ first hit since the second inning for a solo homer to left, her seventh of the season, and increased the lead to 4-1.

Haff (10-1) surrendered a season-high eight hits, but seven were singles and gave up just one run on 11 strikeouts with one walk.

The Razorbacks embark on SEC play later this weekend from March 14-16 for a three-game series at No. 20 South Carolina.