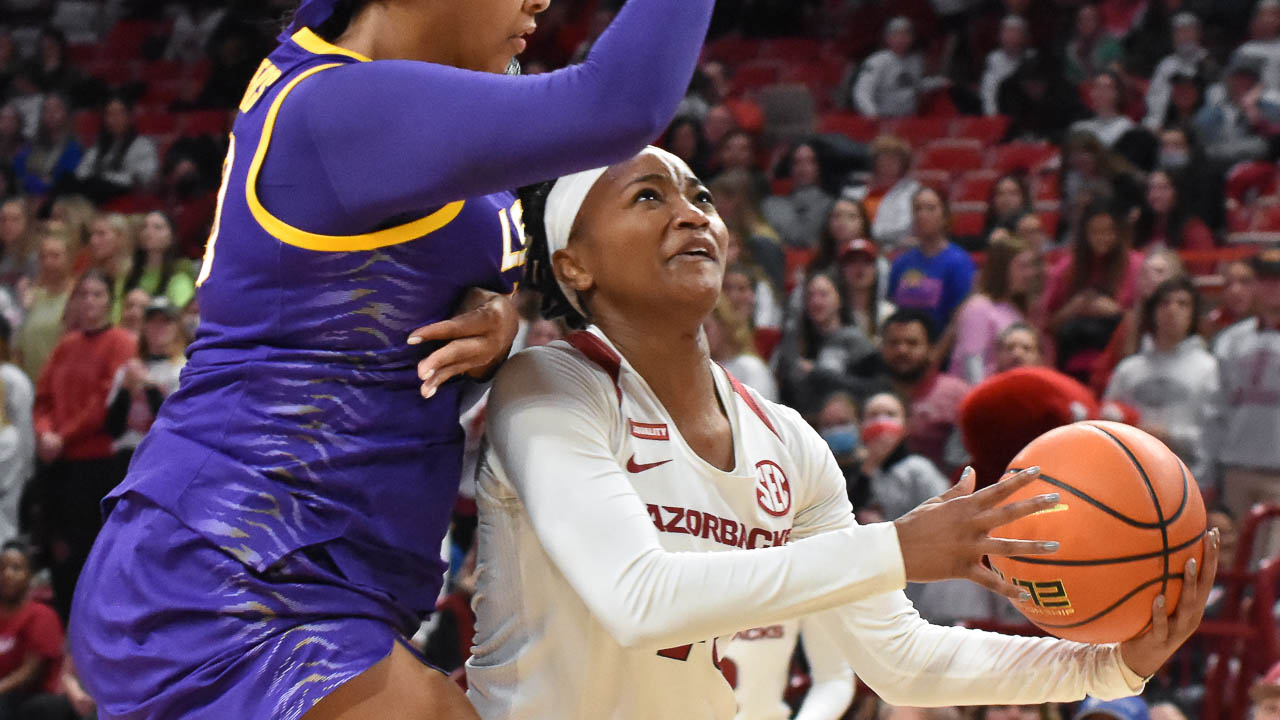 It’s the first ranked win for coach Mike Neighbors’ squad since February of last year, when the Hogs took down No. 24 Mississippi State in Bud Walton Arena last season.

The win also marks Neighbors’ second straight year with a victory over a ranked Kim Mulkey team, as the Razorbacks toppled No. 4 Baylor last season, 83-78 (12-3-20).

Redshirt senior guard Amber Ramirez was big in this one, going for 25 points, one shy of her season-high.

Ramirez was efficient again against LSU, hitting 10 of her 18 shots, including five or her eight threes. The lead guard duo of Makayla Daniels and Samara Spencer scored 20 points each in the victory.

The Hogs and Tigers played a tight first quarter, as the largest lead of the frame was Arkansas’ 5-0 run to start the game.

The Razorbacks began to find the touch from deep to kick off the second quarter, helping them to a 15-2 run that started to separate Arkansas from LSU.

Spencer and Jersey Wolfenbarger combined for nine points from deep at the beginning of the second quarter. Paired with Ramirez’s success in the midrange, the Hogs found themselves with an 11-point lead at the half.

An electric crown in Bud Walton Arena helped the Razorbacks find a groove in the third quarter.

Ramirez knocked down four of her five three-point attempts in the quarter, and the Hogs ended the third on a 12-1 run to stretch the lead to 20 before the start of the fourth quarter.

With a sizable lead, Arkansas was able to keep LSU at bay in the final 10 minutes, closing the game out easily and putting an emphatic stamp on the upset.

• It was Daniels’ first 20-point game since she dropped 34 on Creighton in December.

Arkansas will have a shot at another ranked upset on Monday, as they will travel to Knoxville to take on No. 4 Tennessee. That game will tip off at 6 p.m. and will air on the SEC Network.