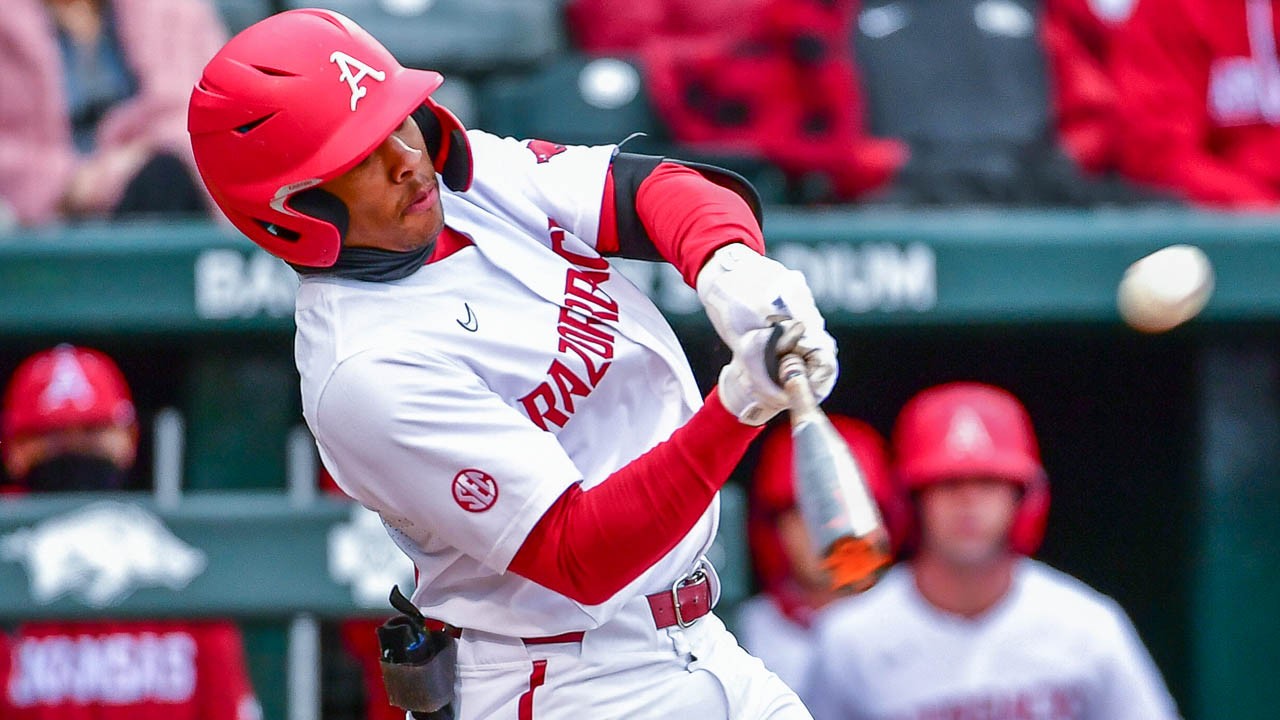 Arkansas found the bats early for a change.

Four home runs were more than enough firepower to lead the Hogs to a fifth straight win past Southeast Missouri State, 7-3, on Friday evening at Baum-Walker Stadium.

The victory moves Arkansas to 5-0 on the season, marking the third consecutive year that the Hogs have started out with five straight wins.

Right-hander Connor Noland came out of the bullpen in relief to earn the win.

He allowed only one run (unearned) on two hits with five strikeouts in 4.2 innings of work, silencing SEMO’s bats after the Redhawks opened a two-run lead in the top of the third.

Moore’s homer to left in the bottom of the third tied the ballgame at two, but it was Wallace’s two-run blast that decided it.

The freshman hit a soaring shot over the wall in left to put the Hogs ahead, 4-2.

Welch gave Arkansas even more breathing room with his two-run dinger later in the inning.

His first hit as a Razorback was a stinger that sailed over the left-field fence, bringing home first baseman Brady Slavens to extend the lead to 6-2.

SEMO tacked on a run in the seventh to cut it to three, but Franklin delivered the final blow in the eighth.

The consensus preseason All-American launched his second home run in as many days, hitting a solo shot over the wall in right field to make it a 7-3 game.

Right-hander Kevin Kopps shut the door on SEMO for good in the top of the ninth, striking out two to secure the win.

Saturday’s contest, which was originally scheduled for 3 p.m., will now start at 11 a.m.

First pitch was moved up due to forecasted rain as well as to minimize conflicts for fans attending both the Arkansas baseball and men’s basketball games tomorrow.