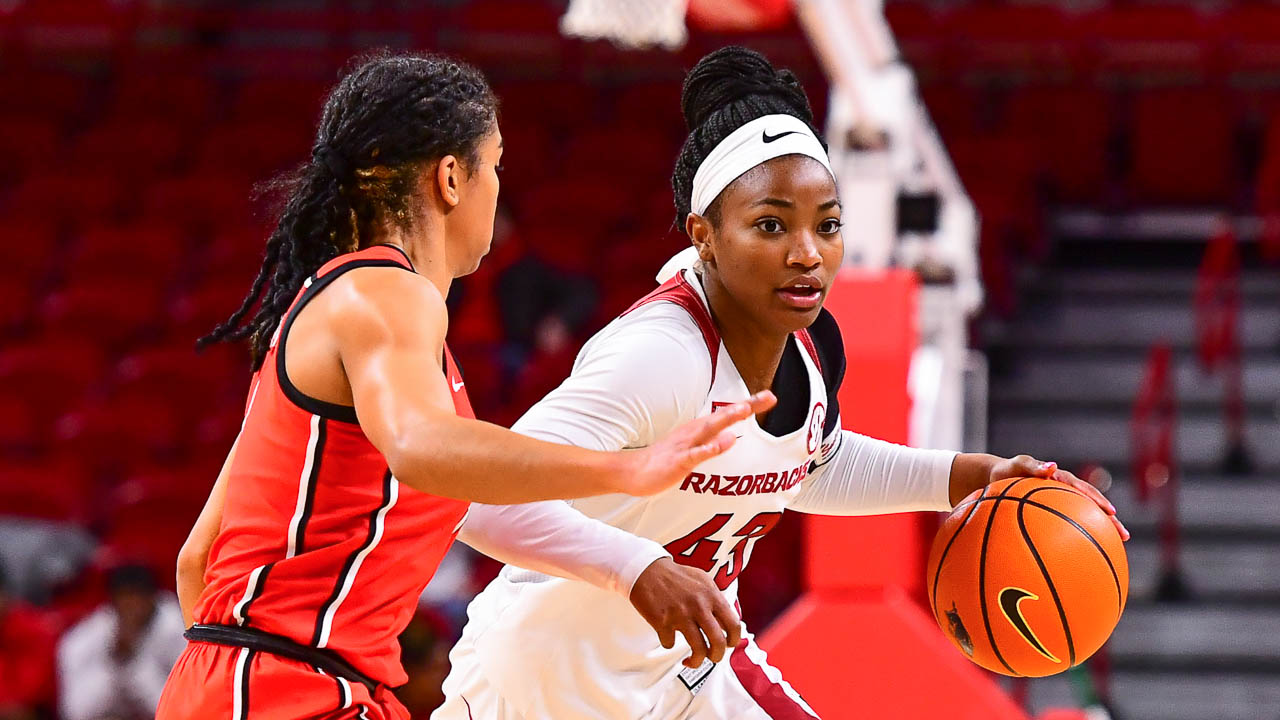 Makayla Daniels had two chances to get the lead back for the Hogs, but was whistled for an offensive foul and then turned the ball over on the game’s last possession.

The Razorbacks aren’t in this one without Daniels, though, who was magnificent down the stretch. Daniels scored a team-high 21 points on the night, and it marked her most by far since she returned from injury on Sunday.

The junior guard scored 18 of her points in the second half, including nine straight in the fourth to get the Hogs back in the game. Sasha Goforth was the only other Hog to reach double figures, going for 13 points.

The Razorbacks came out of the gates hot in hopes of ending their three-game drought, racing out to a 15-2 lead to start the game. Arkansas held that edge through the rest of the first frame and held a nine-point lead after the first 10 minutes.

In the second quarter, Georgia showed some resiliency by bringing the Arkansas advantage to one going into the locker rooms.

The Bulldogs found a rhythm in the third quarter, scoring 25 points in the stanza and claiming a seven-point lead with a quarter to play.

The Razorback faithful came to life in the fourth as the Hogs made a push to make a comeback, and with 27 seconds left in the game, Arkansas had the lead for the first time since the six-minute mark in the third quarter.

Daniels and Samara Spencer played some big-time minutes down the stretch, combining for 14 points and going 7-8 from the free throw line, helping get the Hogs back in front.

Up by two with 27 seconds to go, Arkansas allowed an and-one layup to Staiti, putting the Dawgs up by one.

The Hogs had a couple chances in the game’s final seconds but were unable to cash in, and Arkansas lost a heartbreaker by a point.

• Daniels scored 20 points for the fifth time this season.

• Goforth had three blocks in the game, her eighth game this season with 3+ blocks.

• Wolfenbarger once again led the squad on the glass, pulling down seven boards.

The regular season finale is coming up Sunday, as the Hogs will play Mississippi State in the Hump. That game will tipoff at 5 p.m. and will air live on the SEC Network.