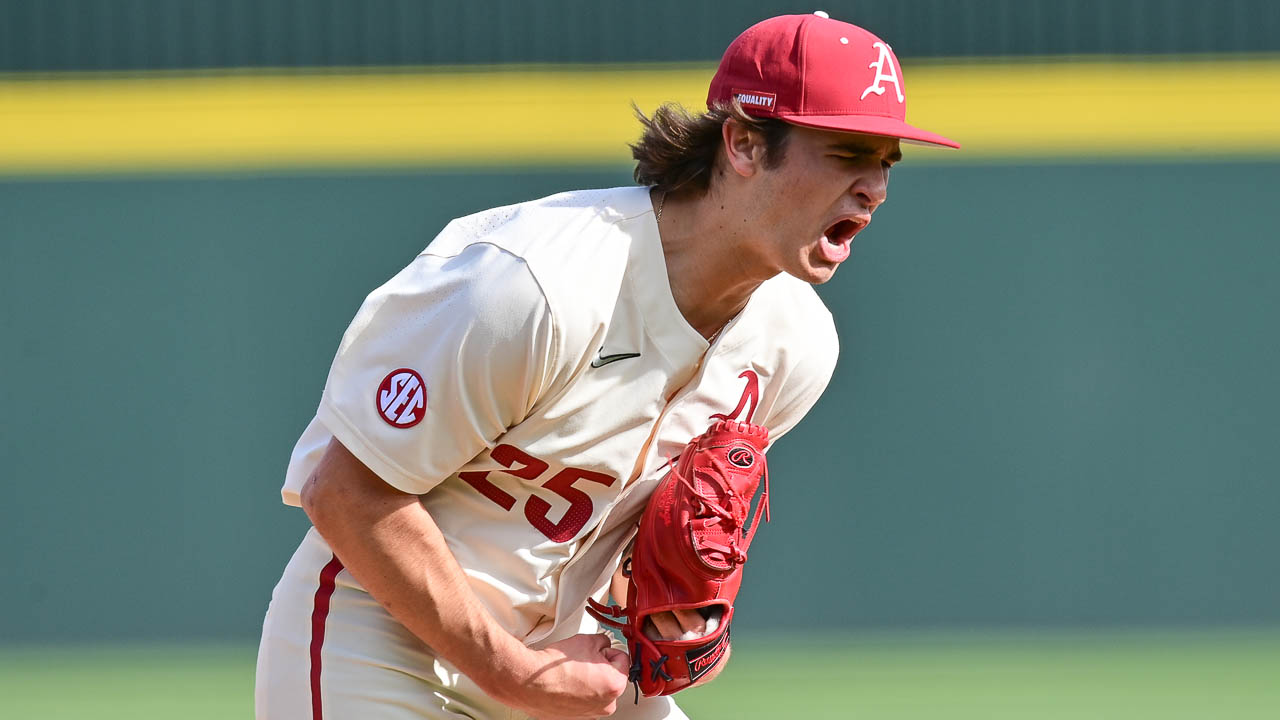 Smith and Tygart will participate in the USA Baseball Collegiate National Team Training Camp, which features 48-50 of the premier non-draft eligible college players for a five-game Stars vs. Stripes intrasquad series in North Carolina from June 30–July 4.

USA Baseball will name a final 26-man Collegiate National Team roster after Training Camp that will represent the United States at Honkbalweek Haarlem in the Netherlands from July 9-15.

Smith finished his freshman campaign as a Razorback with a 7-2 record and 4.66 ERA in 20 appearances, including 15 starts on the mound. He struck out 90 over 77 1/3 innings and limited opposing hitters to a .232 batting average while collecting two saves.

The left-hander from Bullard, Texas, was named a Freshman All-American by both Collegiate Baseball Newspaper and Perfect Game. Smith also earned a spot on the Freshman All-SEC Team.

Tygart, meanwhile, emerged as one of Arkansas’ most dependable bullpen arms, finishing with a 3.82 ERA and 51 strikeouts in 37 2/3 innings of work with a team-leading eight saves on the year.

The right-hander was dominant in SEC play during the regular season, logging a 1.91 ERA and seven saves while fanning 40 and holding opposing hitters to a miniscule .160 batting average in 28 1/2 innings.

The opening game of the Stars vs. Stripes series will take place at the USA Baseball National Training Complex in Cary, N.C., at 6 p.m. Thursday.

The Durham Bulls Athletic Park (DBAP) in Durham, North Carolina, will host games two, three and four. The first pitches of games two and four are set for 5:35 p.m. on July 1 and 3, respectively, and game three will start at 4:05 p.m.

Training Camp will conclude with the series finale on July 4 at Truist Field, the home of the Charlotte Knights, in Charlotte, N.C., with first pitch at 4:05 p.m.

All five games of the series will be available to watch on USABaseball.com.