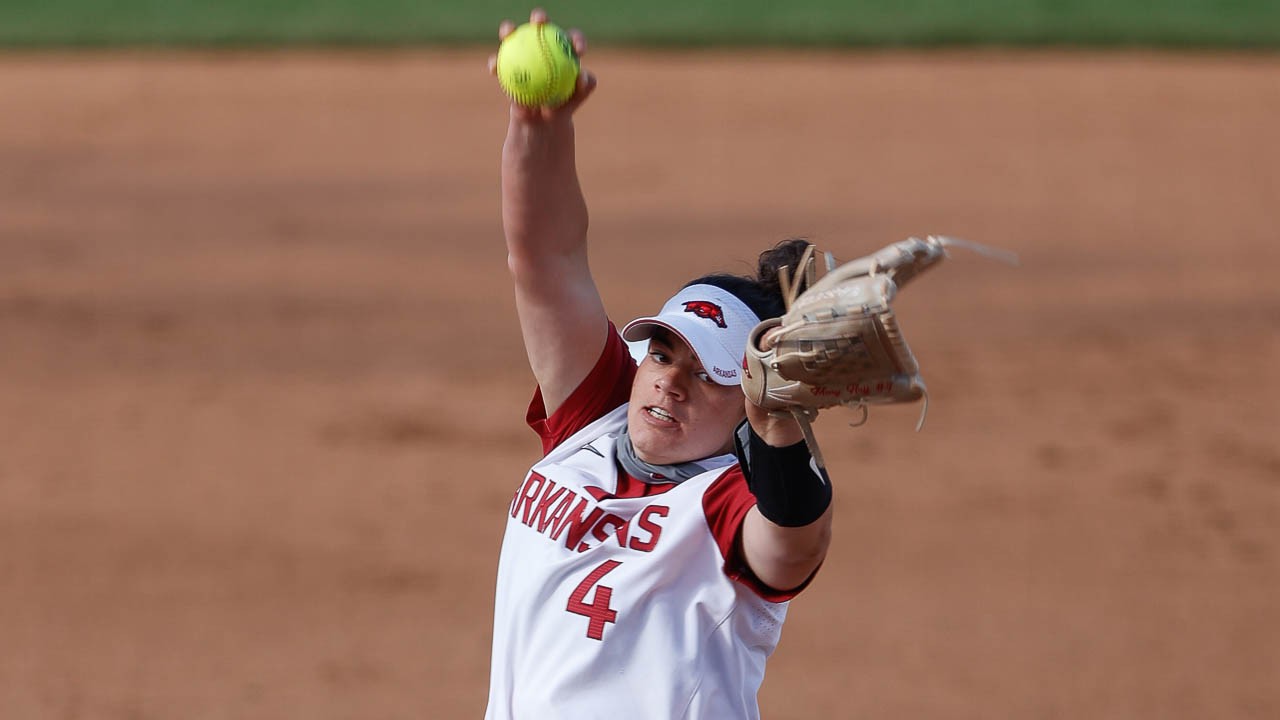 TUSCALOOSA, Ala. — Tennessee’s solo home run in the fifth inning was all the Lady Vols needed to eliminate Arkansas in the SEC Tournament quarterfinals.

Both pitchers sailed through the first three innings as Haff did not allow a baserunner, while Tennessee’s Ashley Rogers surrendered just two walks to outfielders Sam Torres and Hannah McEwen in the third.

Haff retired 12 batters in a row to begin the game, but in the top of the fifth, Ally Shipman yanked a solo home run to left for the contest’s first hit, giving the visitors a 1-0 lead.

Outfielder Aly Manzo broke up Rogers’ no-hit bid by singling to right leading off the fifth inning. After an unsuccessful sacrifice bunt attempt, infielder Keely Huffine’s hit by pitch put runners on first and second with one out.

The Lady Vols collected a harmless double in the top of the seventh for their only other hit. Catcher Kayla Green drew a walk to leadoff the bottom of the seventh, but a popped-up sacrifice bunt, a flyout and a groundout ended the game.

Arkansas dropped to 2-2 all-time in the SEC Tournament against the Lady Vols, with every game decided by one run.

The Razorbacks will find out their NCAA Tournament assignment at 8 p.m. on Sunday as part of the selection show on ESPN2.