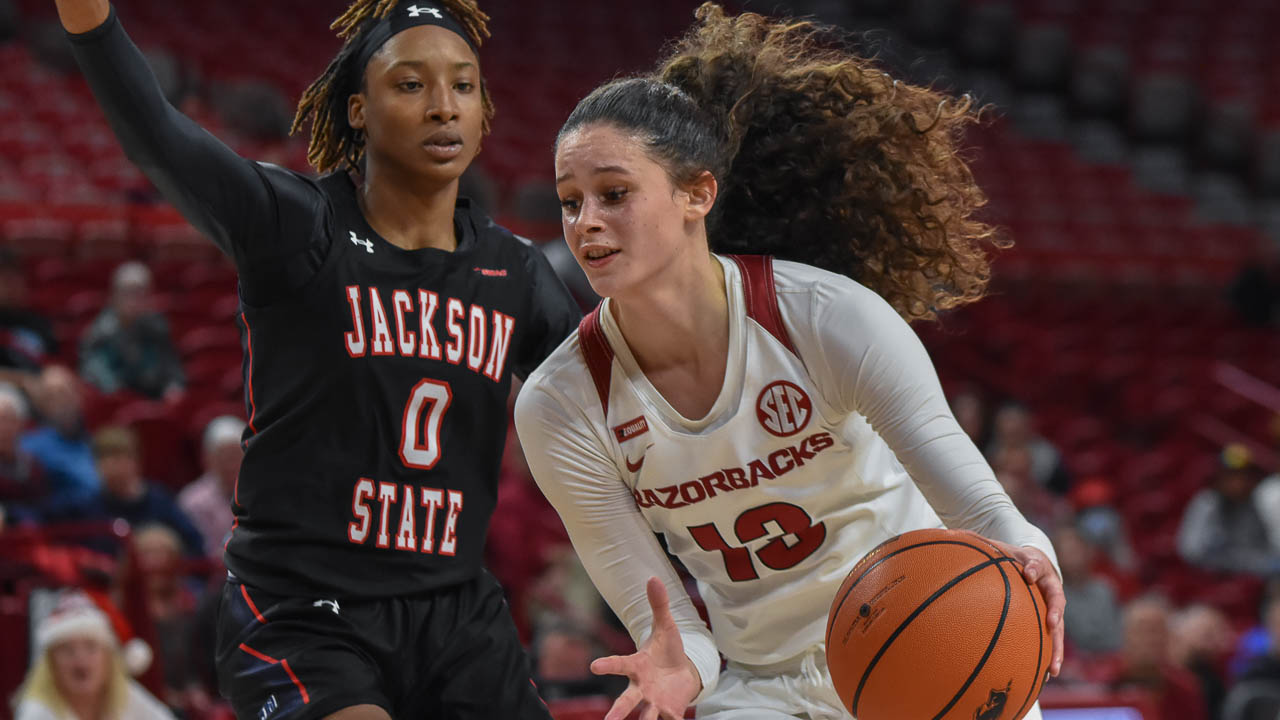 Fayetteville’s Sasha Goforth hit a game-winning three with 43 seconds left. She posted her first double-double as a Razorback, scoring 11 points and grabbing 10 rebounds.

Razorback point guards Samara Spencer and Makayla Daniels were instrumental in the win, getting 14 and 16 points, respectively.

A tightly-contested first quarter was not duplicated in the second as Arkansas’ stifling defense held the Tigers to just nine points in the quarter. Spencer and Daniels combined for 15 themselves in the second frame, and the Hogs took a nine-point advantage to the half.

Jackson State would not go down without a fight, already falling in close games this season against Miami, Ole Miss and No. 11 Texas.

The Tigers ground out a physical third quarter, ending on a 9-0 run. Jackson State had a three-point lead with the final 10 minutes to play and both teams struggled to gain an edge late.

It was not until the final minute when Goforth, who was 0-4 from deep on the night at that point, sunk a long ball to give Arkansas a two-point lead.

A couple of defensive stops later, Arkansas had extinguished the effort of Jackson State and notched the Razorbacks’ second win of the week.

• Goforth’s double-double was the first by a Hog since Destiny Slocum (22 points, 10 assists, at Missouri in February) posted one last season.

• Daniels grabbed eight boards and dished out three assists to go along with her team-high 16 points.

• Spencer swiped four steals and added four assists to complement her 14 points on the night.

Arkansas returns to Bud Walton Arena for the third-straight home game to take on in-state foe Little Rock on Sunday.

Tip-off is scheduled for 4 p.m. and the game will be broadcast on the SEC Network.