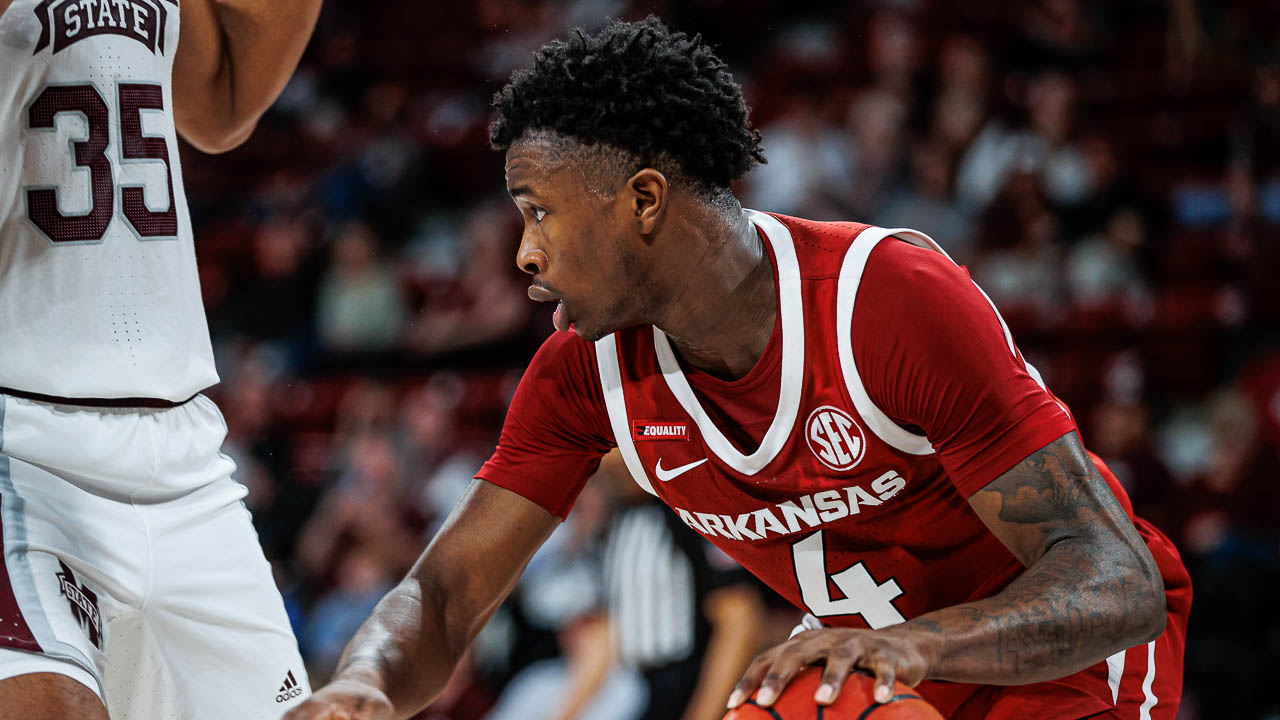 STARKVILLE, Miss. — Mississippi State sank 22-of-28 free throws, compared to 10-of-14 at the line by Arkansas, to secure a 13-point, 81-68 victory Wednesday night at Humphrey Coliseum in the team’s SEC opener.

The Hogs were without three players, including leading scorer JD Notae (illness), Chance Moore (illness) and Kamani Johnson, who has been suspended indefinitely.

The Bulldogs led by two, 33-31, at halftime and the game stayed tight until midway through the second half. Iverson Molinar sank a jumper with 11:48 left to put Mississippi State up 10 (57-47).

The Bulldogs held a double-digit lead the rest of the way.

Tolu Smith led the Bulldogs with 18 points, making 8-of-10 at the free throw line. Iverson added 16, Shakeel Moore scored 15 and D.J. Jefferies had 10. Garrison Brooks had 10 boards to the Bulldogs.

Stanley Umude led the way for Arkansas with 19 points, his best point production as a Razorback. Jaylin Williams had seven rebounds, as did Jaxson Robinson, and six assists.

Arkansas will have the weekend off and play its SEC home opener on Tuesday versus Vanderbilt.

Tipoff is set for 7:30 p.m. and the game will be televised on SEC Network.