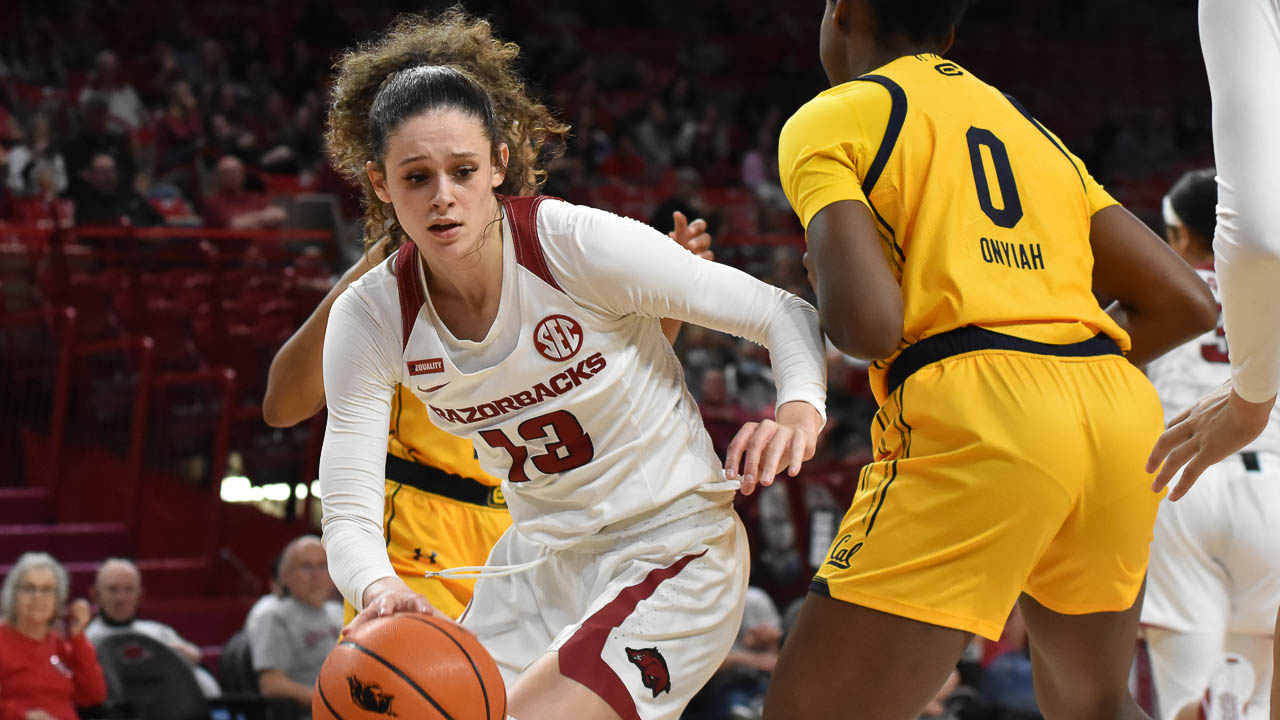 Arkansas (7-2) bounced back Sunday from loss to Central Florida earlier in the week for an 84-67 win over California-Berkely.

The Razorbacks’ offense finally got going from deep, hitting seven of their 17 3’s (41). The Hogs also hit 29 of their 32 free throws, the most free throws made in a game since the Hogs made 30 against Baylor last season.

Makayla Daniels went for a career-high 32 points against the Golden Bears. Daniels 11 of her 15 shots, while also making four of her six long balls.

The junior guard put up the first 30 point game by a Hog since Amber Ramirez hung 35 on Alabama last season.

The Golden Bears’ defense came out of the gates hot, forcing eight Razorback turnovers in the first 10 minutes and securing a three-point lead.

It was in the second quarter that Daniels made her move. The third-year guard scored 16 points in the second frame, going a perfect 5-5 shooting with two shots from deep and 4-4 on free throws.

With Daniels picking apart Cal’s defense, the Razorbacks settled in, giving up just three turnovers in the second half as opposed to the 12 they committed in the first half.

• Amber Ramirez was a beast on the glass, going for a career-best 11 rebounds.

• Erynn Barnum was a distributor in this one, dishing a career-best four assists in the game.

Tip-off is at 7 p.m. and that game can be streamed on the SEC Network+.