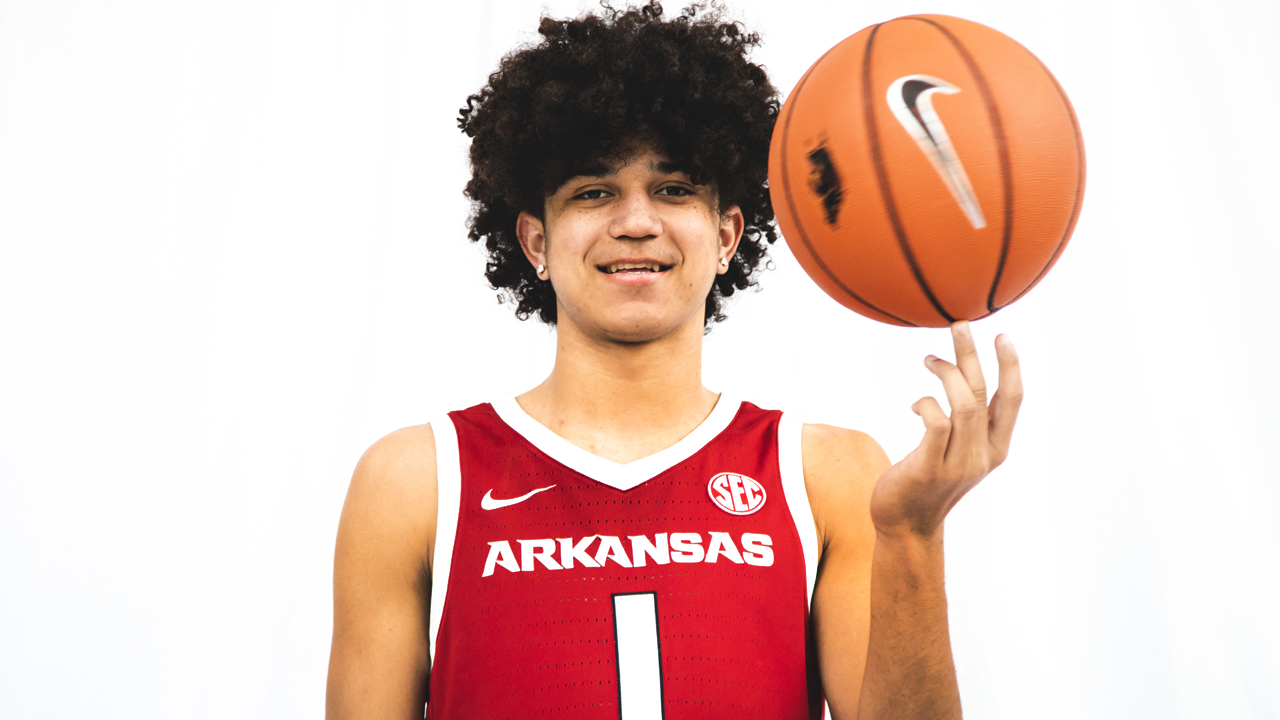 “Anthony brings so many things to the Razorback family and makes this overall class a diverse group with many strengths,” Musselman said. “He has proven at the highest levels that he is deserving of his many accolades.

“His skillset for a person of his size is rare, especially at this stage of his career. He has tremendous length and can guard multiple positions. He is not only an excellent and willing passer, but he can use his athleticism to get his own shot from all three levels of the floor.

“Like the others in this class, he has a winning background and is a tremendous competitor.”

According to ESPN, 247Sports and Rivals, Arkansas Black’s addition to the Razorback class from this past fall has Arkansas listed as the second-best recruiting class in the nation, trailing Duke, and the consensus No. 1 class in the SEC.

Black is the third McDonald’s All-American to sign with the Razorbacks this year, joining fellow 5-stars Nick Smith Jr., and Jordan Walsh.

Black additionally played with Smith on USA Basketball’s USA Nike Hoop Summit team and Black has been selected to play in the Iverson Classic.

Black is a consensus top 25 player, including a high of No. 12 nationally on the Sports Illustrated top 99 prospects list, and is rated the No. 1 point guard in the nation by 247Sports.

He is additionally No. 5 on the 2023 NBA Mock Draft (No. 3 college player) by NBADraftRoom.com and No. 8 by NBADraft.net.

Black led Duncanville to the 6A Texas state championship, and he was named the finals MVP. The Panthers were 35-1 and crowned 2021-22 MaxPreps National Champions after finishing No. 1 in its final poll.

• Selected for the Iverson Classic

• Rated No. 3 player from the state of Texas by ESPN and 247Sports (behind fellow signee Jordan Walsh)

• Played just 15 regular-season games as a senior due to transfer regulations, but averaged 13.5 points, 5.8 rebounds, 4.0 assists and 2.2 steals

• Duncanville was 35-1 … In the final national polls, ranked No. 1 by MaxPreps, No. 2 in both the SB Live/Sports Illustrated Power 25 and ESPN national rankings and No. No. 3 in USA TODAY Sports Super 25

• Began high school career at Coppell HS where he was a second-team all-area selection as a junior … Averaged 16.3 points, 6.8 rebounds, 3.5 assists and 2 steals per game

• Was also a 3-Star recruit as a wide receiver getting offers from Arkansas, Baylor and Texas among others

• His father, Terry Black, is in the Baylor Sports Hall of Fame (2015) as a standout for the Bear’s basketball program

• Highest rated recruiting class in school history (Consensus No. 2 in the nation and Consensus No. 1 in the SEC)

• In fact, Arkansas now has only signed seven, 5-stars since 2004 while Smith, Walsh and Black are the only three Razorback signees to rank among the ESPN top 15 (dating back to 2007).

• Nick Smith Jr., Jordan Walsh and Anthony Black were McDonald’s All-Americans … Smith and Walsh have been selected for the Jordan Brand Game and Black for the Iverson Classic

• Arkansas had never had a class with at least four players among the ESPN top 100 until Eric Musselman’s arrival and his staff has now done so twice (class of 2020 and class of 2022).

• Smith, Walsh and Black are all rated among the top 25 prospects by both ESPN and 247Sports Composite.

• The class includes three of their states’ top prospects (Dunning, Smith and Walsh).