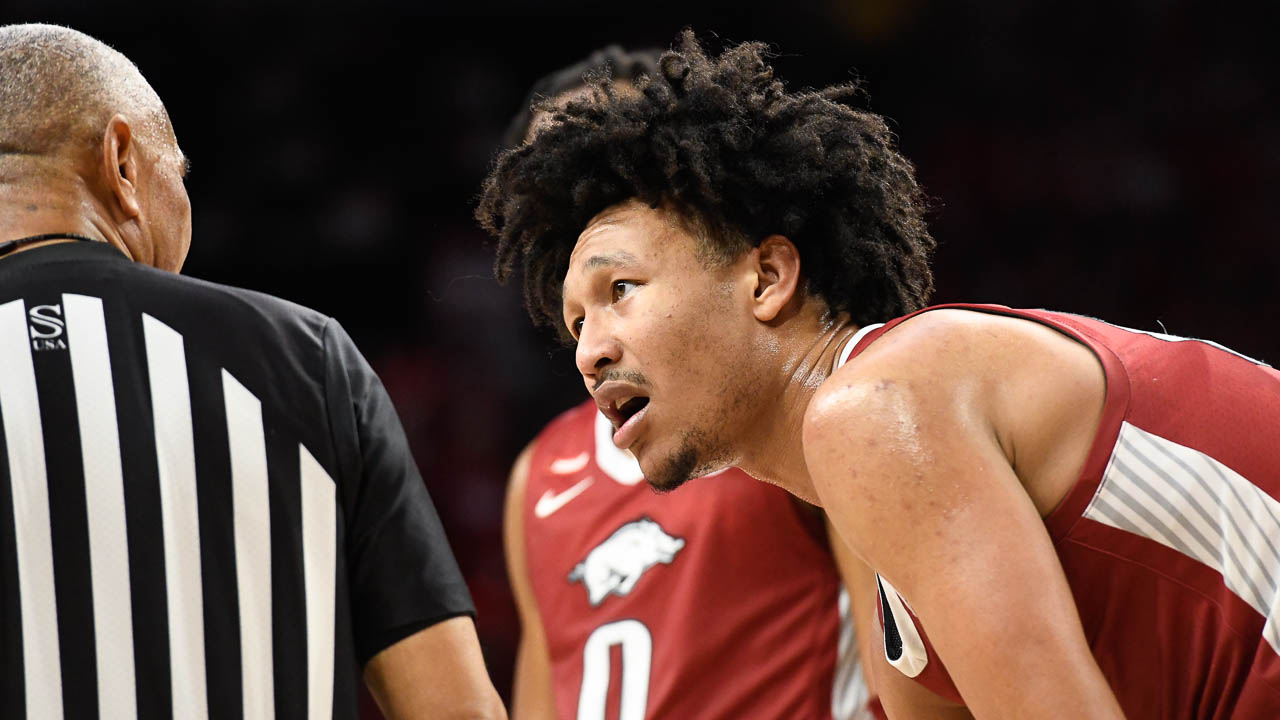 FAYETTEVILLE, Ark. — Arkansas sophomore Jaylin Williams may be headed to the NBA Draft.

Or maybe not. Razorback fans will keep their fingers (and probably toes if possible) crossed.

The 6-10 sophomore from Fort Smith Northside made his intentions known late Monday afternoon via a release.

“I am announcing my intention to enter the 2022 NBA Draft process,” he said in a press released from Arkansas Communications. “However, I will not be hiring an agent to keep my eligibility with the University of Arkansas intact. I look forward to learning from the upcoming process, going through the interviews, gathering feedback and building relationships with NBA coaches and front office personnel.

“My gratitude to Coach (Eric) Musselman and the staff goes beyond words for helping me be in this position. I will keep all my options open and, after going through the process and talking with my family, my support group and the Arkansas coaching staff, I will make an informed decision when the appropriate time comes.”

Where he would fall in the pecking order of a two-round draft will be the subject of speculation at least until the June 1 deadline to take his name out of the conversation.

Mock drafts have him rated, but with the announcement Monday afternoon it is certain to be revised because now he is actually in play to be seriously considered.

Williams averaged 10.9 points on 46.1% shooting and 9.8 rebounds per game. He finished with 364 total rebounds — 308 defensive — to break Derek Hood’s 23-year-old single-season program record, and became the first Razorback to average 9.8 in a season since Mike Washington in 2008-09.

The forward made his star turn as Arkansas surged in the final two-and-a-half months of the season. He averaged 6.8 points, 6.4 rebounds and 3.6 assists in the team’s first 13 games.

Williams led Arkansas defensively with 54 charges taken, 41 blocks and was second with 48 steals. When he was the nearest Razorbacks defender to a shot, opponents made 37.2% of two-point attempts during the regular season, including 36.4% in SEC play.