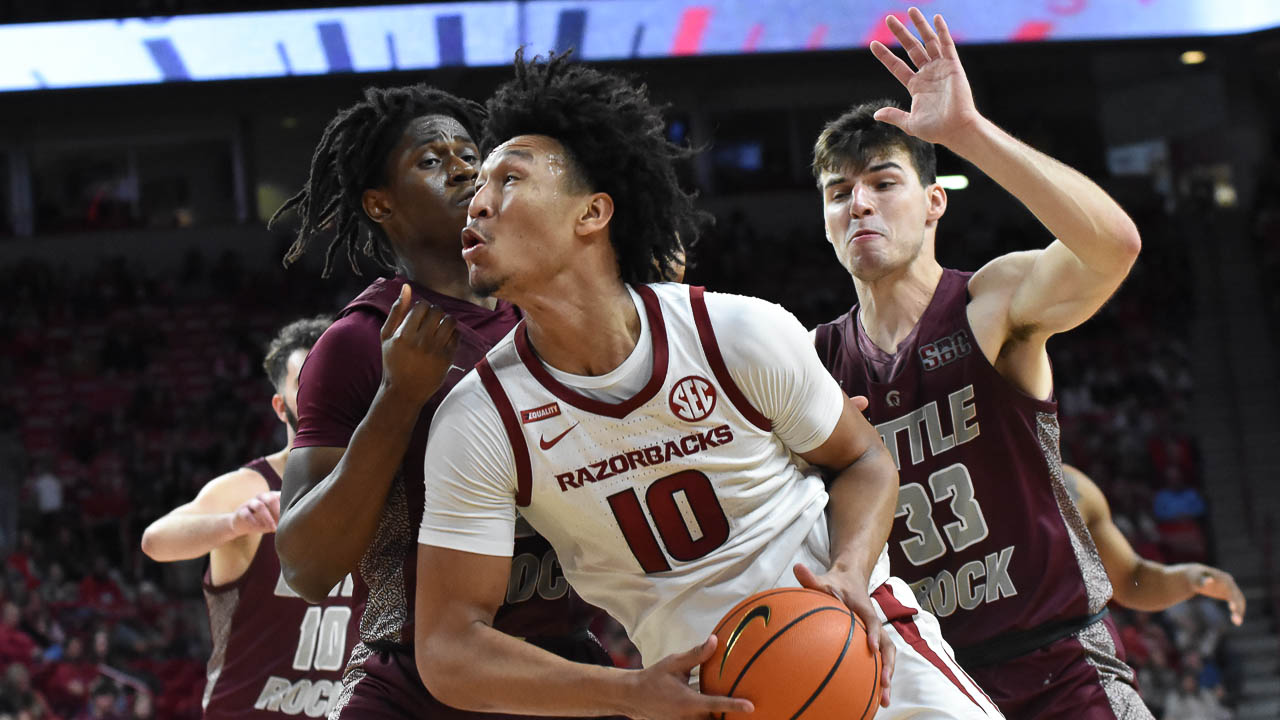 FAYETTEVILLE, Ark. — After a strong NBA Combine, the decision was made Jaylin Williams is going to the league.

He made the announcement Saturday on the Twitter thing:

Williams announced his intentions to test the waters without hiring an agent on April 4. After spending several weeks training in Miami (Fla.), Williams earned an invite to the 2022 NBA Draft Combine in Chicago, an honor reserved for prospects league front offices feel have the best odds of being selected.

According to multiple reports, Williams impressed scouts in shooting drills and last Thursday’s 5-on-5 scrimmage.

He opted to sit out of Friday’s second scrimmage, a move typically made by combine participants who have received enough positive feedback to feel comfortable with where they stand in the draft pecking order.

Since the combine, Williams has had multiple workouts with interested NBA franchises.

The decision does give Razorbacks coach Eric Musselman some direction on which plan he has for a season that is going to feature an awful lot of new faces.

To go along with the best recruiting class in program history, he’s added transfers that will give the Hogs some experience … and talent.

Now he’s just got to figure out how to make it all come together, which as we’ve seen in the past, might not really be known until mid-January.

Williams simply got better the deeper the season went, with Musselman saying often he was the type player you win with because of his selfless style of playing, including drawing charges frequently.

Williams averaged 14.25 points and 11.75 rebounds in four NCAA Tournament games (logging double-doubles in each) for the Hogs, good enough to earn him a spot on the NCAA Tournament All-West Region Team.

He finished with 15 points and 12 boards in Arkansas’ thrilling Sweet 16 victory over top-overall seed Gonzaga and followed up with 19 points and 10 boards against Duke in the Elite Eight.

Now he will wait to hear his name called June 23 for the NBA.