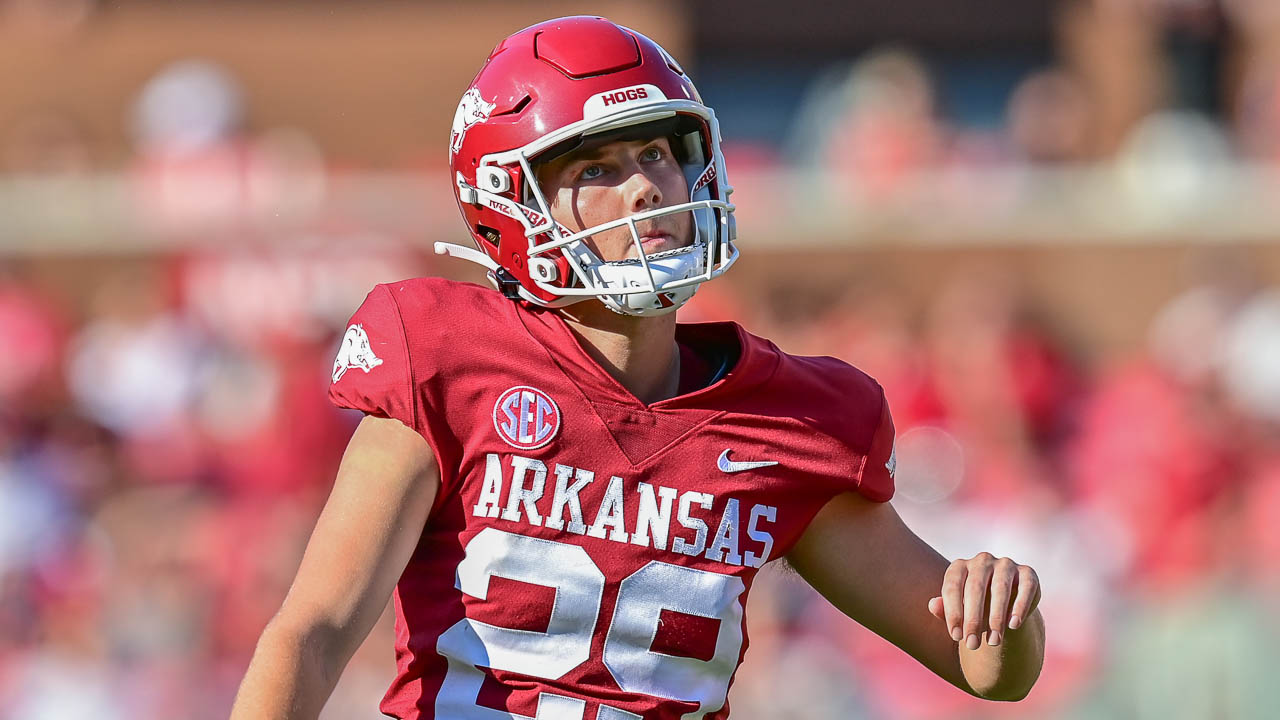 FAYETTEVILLE, Ark. — Arkansas fans crave respect and they may be getting it in the college football polls Monday.

Although there is one move that will have them throwing up their hands in frustration.

The Associated Press ranked the Razorbacks at No. 16 following a 31-24 win over Cincinnati on Saturday, moving up three spots based on voting from national media.

In the coaches’ poll, the Hogs leaped six spots to No. 17 in voting Monday.

There is some national respect, though, as Ross Dellenger at Sports Illustrated lists the Hogs in his first Top 10 of the year:

“Don’t sleep on the Hogs and QB KJ Jefferson, who was responsible for 285 yards.”

There was some shuffling, but not at the top with Alabama and Georgia still 1-2 and Texas A&M in the sixth spot, moving up in the coaches’ voting.

The SEC, as usual, dominates after an opening weekend where the league was 13-1 and a botched extra point attempt in Baton Rouge from going to overtime with a good shot at having a perfect mark.

Florida’s win over Utah shot them into the poll … and they landed at No. 12 in the media poll, completely leap-frogging the Razorbacks after the opening weekend.

In the coaches’ poll, the Gators entered at No. 19.

Unranked South Carolina comes to town this weekend for an 11 a.m. game with the Hogs at Razorback stadium in a game you can watch on ESPN.