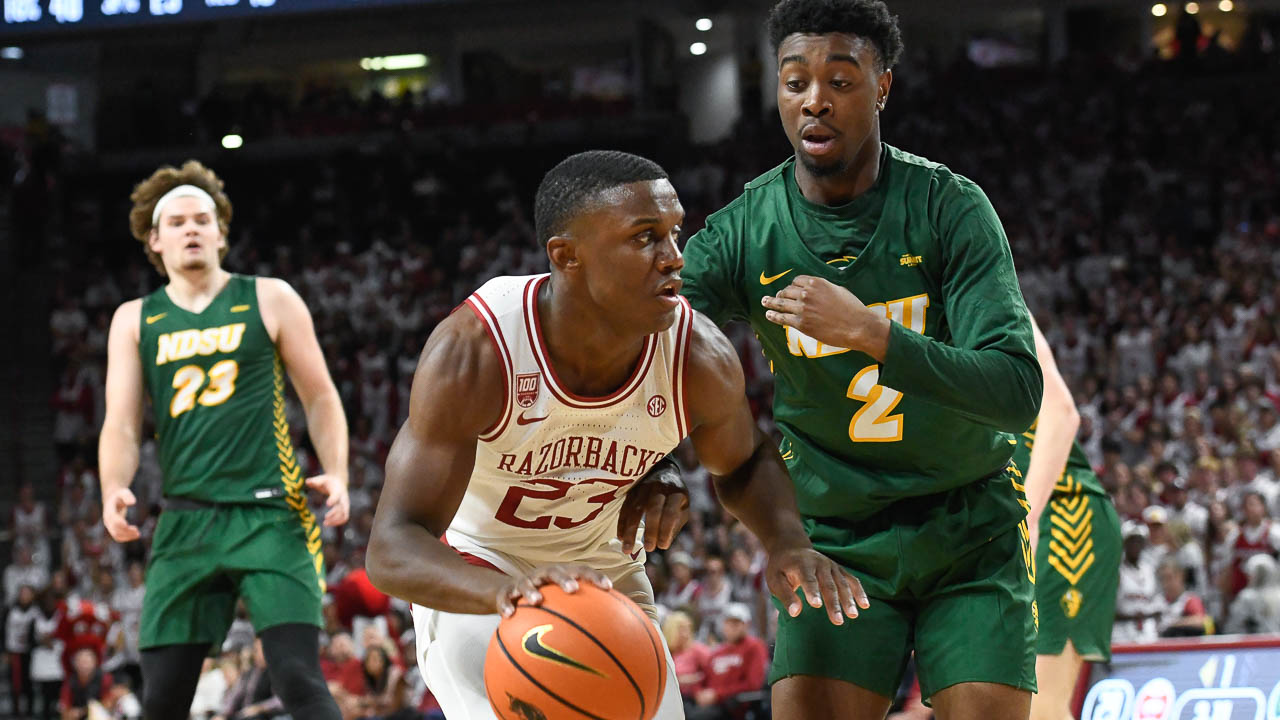 Tipoff is set for 7 pm and the game will be broadcast on SEC Network Plus.

What You Need to Know

• Did you know, SDSU and NDSU played for the Summit League championship last season?

• Also, did you know, SDSU played in Buffalo with Arkansas in last year’s NCAA Tournament?

• South Dakota State’s record is listed as 1-1. However, the Jackrabbits will host St. Bonaventure Tuesday night (Nov. 15) before flying to Fayetteville for Wednesday’s game with the Razorbacks.

• The last time Arkansas hosted a game while ranked No. 9 or better in the AP poll was the 1994-95 home finale versus Auburn. NOTE: Arkansas was No. 9 in the Coaches poll last December when hosting UCA and Little Rock.