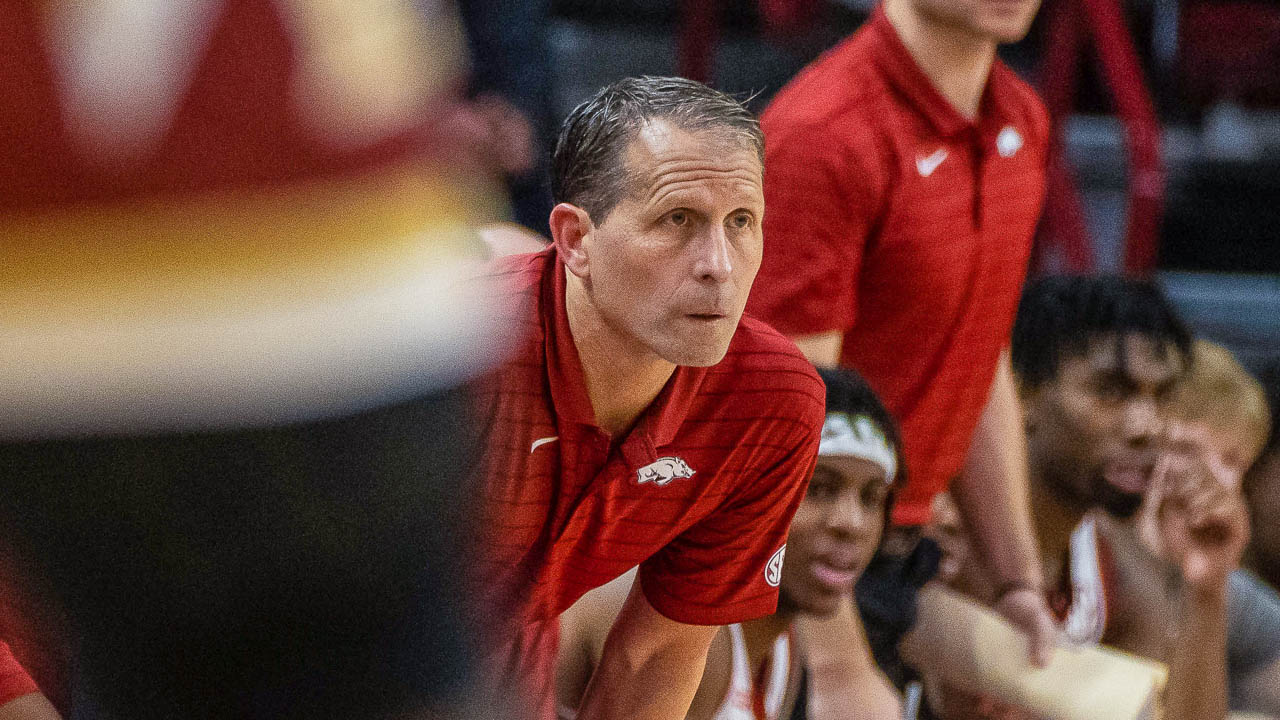 Arkansas will host Vanderbilt in the SEC home opener Tuesday night and not even Eric Musselman is guessing which team shows up.

“The consistency from player to player has not been there,” he said Monday. “It makes it difficult on teammates to know what you’re going to get from a nightly basis.”

This team has been hard for Musselman to get an idea about what he’s going to get. It’s led to some wildly inconsistent runs.

“You’ll find out how ready we are to play at the same time I do,” he said. “We probably won’t know until the 40 minutes end.”

Tip-off is set for 7:30 p.m. and the game will be televised on the SEC Network.

• This will be the 42nd meeting between Arkansas and Vanderbilt. Arkansas leads the all-time series, 29-12.

• Arkansas has won seven straight in the series and 11 of the last 12.

• In a weird scheduling quirk and including Tuesday’s meeting, Arkansas will have played Vanderbilt in Fayetteville in nine of 17 meetings with just five encounters in Memorial Gym and three in the SEC Tourney at Nashville’s Bridgestone Arena.

• Beginning its 31st season in the Southeastern Conference, Arkansas is 18-12 in SEC home openers. Prior to its loss at Mississippi State last Wednesday, Arkansas was also 18-12 in overall SEC openers.

• Arkansas is 3-1 when playing its SEC home opener versus Vanderbilt.

Notes from Arkansas Communications is included in this story.