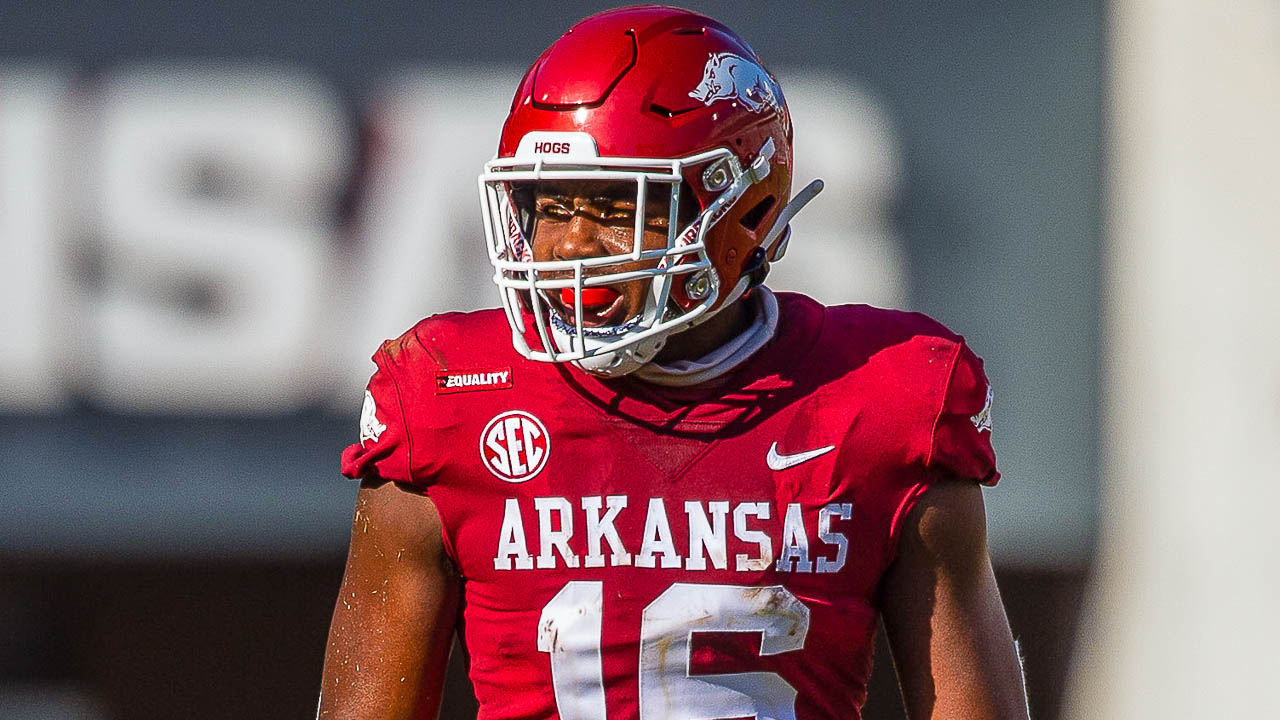 Treylon Burks becomes the first Arkansas player to opt out of playing in the Outback Bowl against Penn State and has made the decision to enter the NFL Draft.

He made the announcement Wednesday afternoon on social media:

“I have had many restless nights praying and talking with my family regarding this decision. With that being said I have decided to opt out of the bowl game and forego my senior season and declare for the NFL draft. Other than representing my Lord and Savior Jesus Christ, there has been no greater honor in my life than representing Warren and the entire state of Arkansas these past three years.

“I want to thank my grandparents and family for their guidance, Arkansas coaching staff for pouring themselves into me, and Shelby for always being there for me. To my teammates, my brothers, you have always been there for me, and your undying support means the world to me. Without y’all none of this would be possible.

“Last but not least, to the amazing fans of this great state, I know no matter where I go in this world you will always be in my heart and I hop I will always be in yours. I may be leaving the state, but Arkansas will always be home and I will never stop calling those Hogs. God Bless and Go Hogs.”

Most early projections have him as a first-round pick in the 2022 NFL Draft.

Burks is currently the No. 24 overall prospect in the draft, according to Mel Kiper’s Big Board. Josh Edwards of CBS Sports has him projected to be taken by the Kansas City Chiefs with the 26th overall pick, and Pro Football Focus projects him to go 19th overall to the Miami Dolphins.

Burks is fourth in the SEC in receiving yards with 1,104. He is one of just two players in the league (Jameson Williams) with at least 1,000 yards and 10 touchdown receptions. His 16.7 yards per reception also rank fourth in the conference.