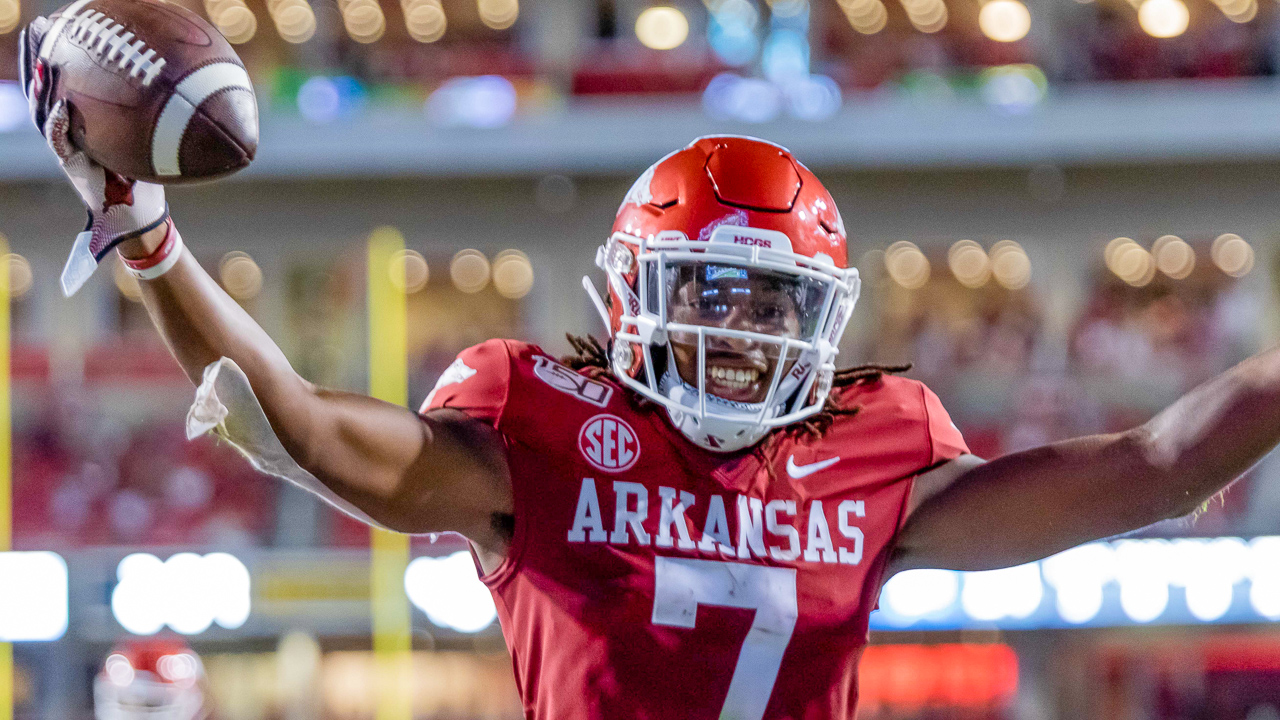 Chad Morris knew his team was in trouble in pregame warm-ups.

In the press conference following Arkansas’ shocking 31-24 home loss to San Jose State, the Hogs coach admitted he noticed some of his players were “too giddy” before the game against the heavy underdog Spartans.

Morris said he tried address the overconfidence, but it was too late.

San Jose State asserted itself early and often in the win, and when Arkansas got back in the game in the fourth quarter, the Spartans slammed the door with a late 75-yard touchdown drive that included more wide-open receivers and more missed Arkansas tackles — a recurring theme.

San Jose State led 24-7 at halftime and had its way with Arkansas on both lines of scrimmage. Arkansas looked disinterested and sloppy from the start, and SJSU sensed that and pounced with good execution and a tenacious effort.

When Arkansas narrowly beat Portland State, a mediocre FCS program, in the opener, Morris said he wouldn’t apologize for a win.

He didn’t apologize for the loss Saturday night, but he did take ownership … kind of.

That was the right thing to say, but Morris should have thought of that when he was dancing at Club Dub after a comeback win against a Group of Five team last week.

It seemed obvious Arkansas wasn’t mentally prepared for the game. That sits squarely on the coaching staff. Morris should have addressed that with his team way before pregame warm-ups.

The lack of preparation and focus shows his inexperience as a head coach and is very worrisome to some.

He mentioned in the presser that his team isn’t good enough to look past any opponent, but he should have reminded his team that. He got caught up in the Colorado State win, and obviously so did his team.

If you are going to build a winning culture, you do that by not getting too high after any win and moving on to the next game.

That’s especially true in the SEC. Morris should know this especially with Arkansas having won back-to-back games only twice since 2016 — most recently beating Ole Miss and Coastal Carolina in 2017.

The effort would have been embarrassing enough if San Jose State, a Mountain West Conference member, was a good team.

So, this is one of the worst losses in school history, and it’s squarely on Morris. It’s most likely going to be very costly.

Most thought other than the four non-conference games, there would be nothing guaranteed and a 4-8 record was almost inevitable.

Now, Arkansas is staring 3-9 dead in the face and another winless SEC campaign.

This was a game that Arkansas was not only expected to win but desperately needed to win. If they had enjoyed the Colorado State game reasonably, they could have beaten San Jose State and entered next week’s game with Texas A&M with some momentum.

They will be heavy underdogs against the Aggies at Cowboys Stadium in Arlington, Texas.

They won’t be favored to win another game until Western Kentucky Nov. 9 (and I wouldn’t bank on that one if Arkansas is riding a seven-game losing streak as expected).

If Arkansas had beaten the Spartans, pundits would still be leery about the prospects, but there still would have been hope that with a WKU win, the Hogs could possibly pull out a win or two in the SEC.

If Arkansas wins only once more this season, this game will be pointed to as the culprit and Morris as the responsible party for allowing such a terrible lack of focus to occur.

This is officially a red flag and will allow some to question Morris’ capability to lead a rebuild.

That’s a valid point and one more obstacle Morris must overcome as he tries to prove his ability and lead the Hogs back to respectability.