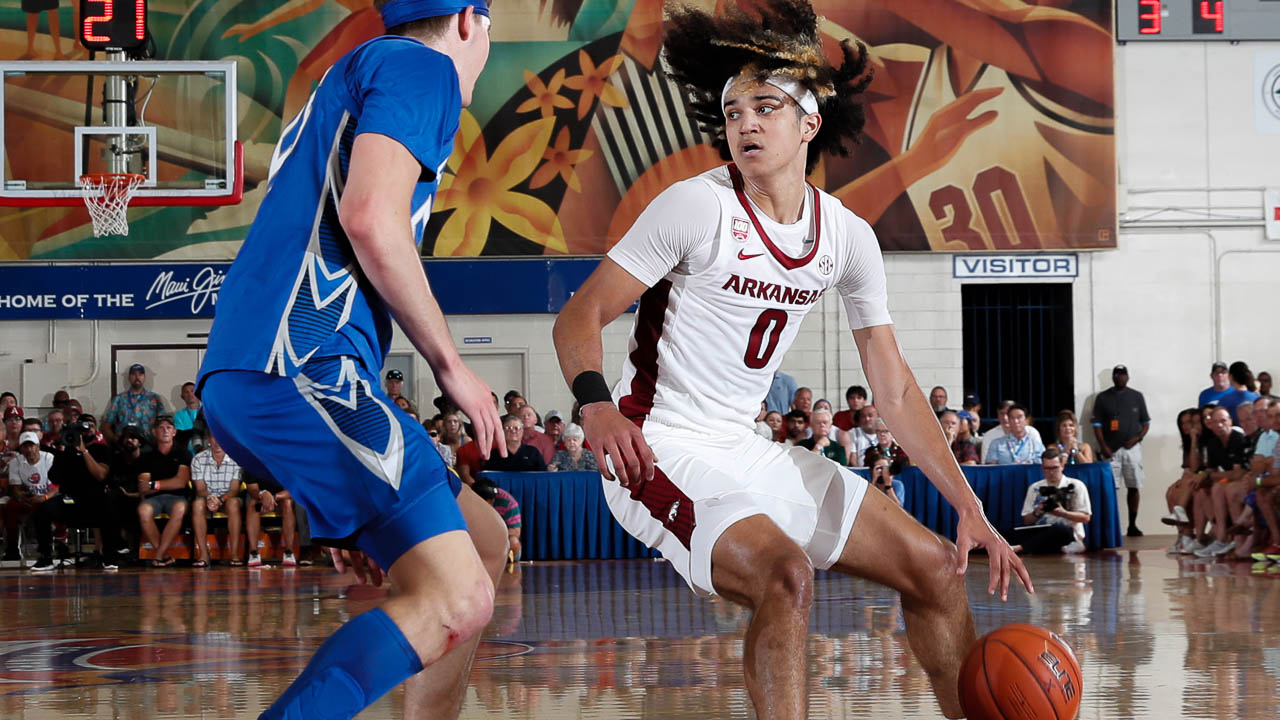 FAYETTEVILLE, Ark. — No matter how you slice it, Arkansas’ 90-87 loss to Creighton in Maui, Hawaii, on Tuesday night had a lot of positives.

Some fans will see it. Others won’t.

The Bluejays were the No. 10 team in the rankings. The Razorbacks are ninth. Two teams ranked that close should have had a nail-biter like that.

When you realize the Hogs didn’t have Nick Smith playing, it’s interesting to play the what-if game of how it would have been with him healthy and playing. Just saying what the obvious should be to everybody.

This one came down to the wire and while Hogs coach Eric Musselman was about as short as he will get in a press conference without the usual local media to interrogate him on every aspect of the game, he will find positives.

Point guard Anthony Black has certainly become one in this Top 10 matchup that he had to play without his best player and some interesting officials’ calls throughout the game.

“Give Creighton a lot of credit tonight and then our guys played really hard,” was his complete opening statement. Musselman usually has a longer answer than that when you good morning to him.

Black scored 26 points, pulled down six rebounds and handed out six assists. It’s still just November, but he’s starting to stack some solid games on top of each other. At the 6-foot-7 he’s getting some serious national attention already with his two big games in Hawaii.

Ricky Council IV had 24 points and Trevon Brazile added 17. Throughout the game, Creighton would pull away, then the Hogs would come back and tighten things up. The ebb and flow usually went hand-in-hand with the defensive effort.

The Hogs got down by six at halftime, then found their offense, scoring 53 in the second half and having a decent chance to win the game at the end, mainly because of first-half foul problems that had things out of rhythm.

They found it in the second half as Black heated up and everybody else followed along.

As a team, Creighton shot 58% from the field, taking advantage of far fewer field goal attempts than the Razorbacks.

The Hogs won’t see many teams as good and disciplined on offense as Creighton was. The Bluejays appear to be far more of a finished product in November than most folks, mainly due to their experience.

The game was tied 10 times and had 10 lead changes, all in the second half.

Arkansas will play either San Diego State or Arizona in the third place game Wednesday night at 9 p.m. on ESPN2 or listen online at HitThatLine.com or on ESPN Arkansas 99.5 in Fayetteville, 95.3 in the River Valley, 96.3 in Hot Springs or 104.3 in Harrison-Mountain Home.