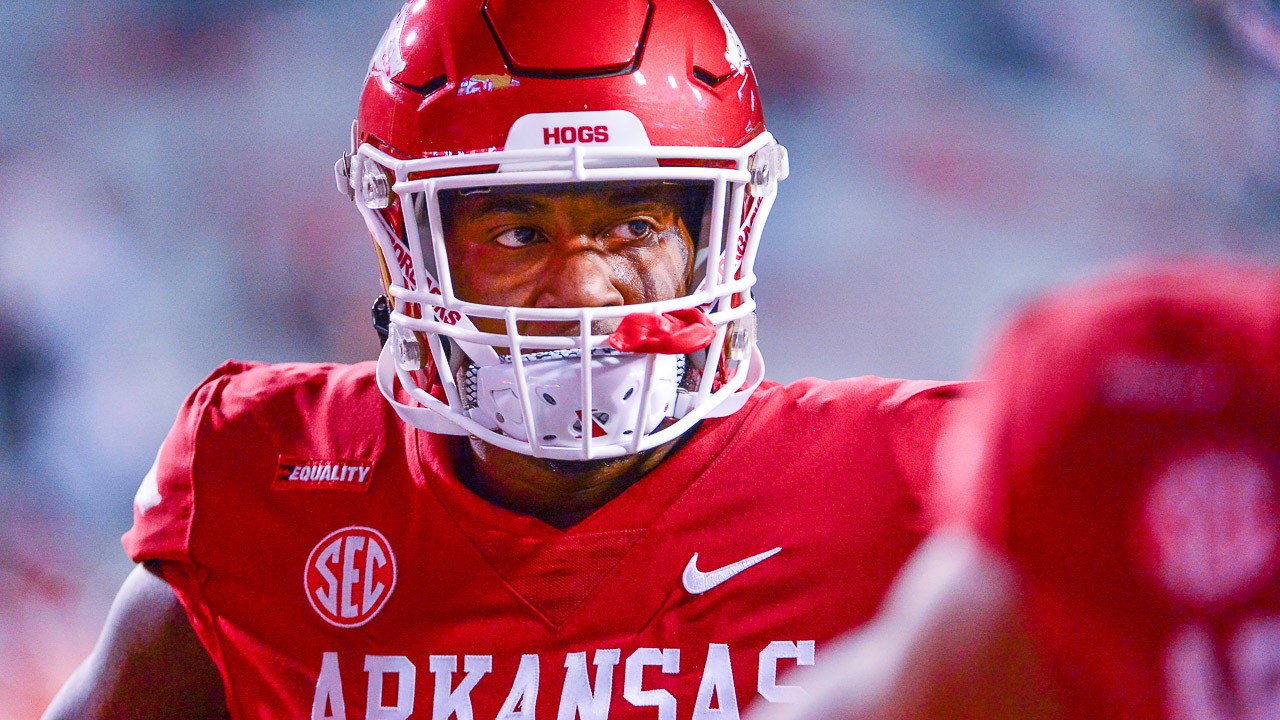 Arkansas defensive end Dorian Gerald suffered a broken leg in practice Wednesday that will end his college career, according to a report.

Andrew Hutchinson at HawgBeat.com was the first to report the story.

The injury comes just as the Razorbacks were getting back to full strength days away from playing Texas on Saturday in Fayetteville.

Listed as the starting ‘jack’ defensive end on Arkansas’ depth chart, he played 42 snaps in the Razorbacks’ season-opening win over Rice. It is the third straight year Gerald, a junior college transfer, has been injured.

He had decided to come back for a bonus season granted because of COVID.

Zach Williams, according to the depth chart for this week’s game, is expected to move into a starting role for the game with Texas.