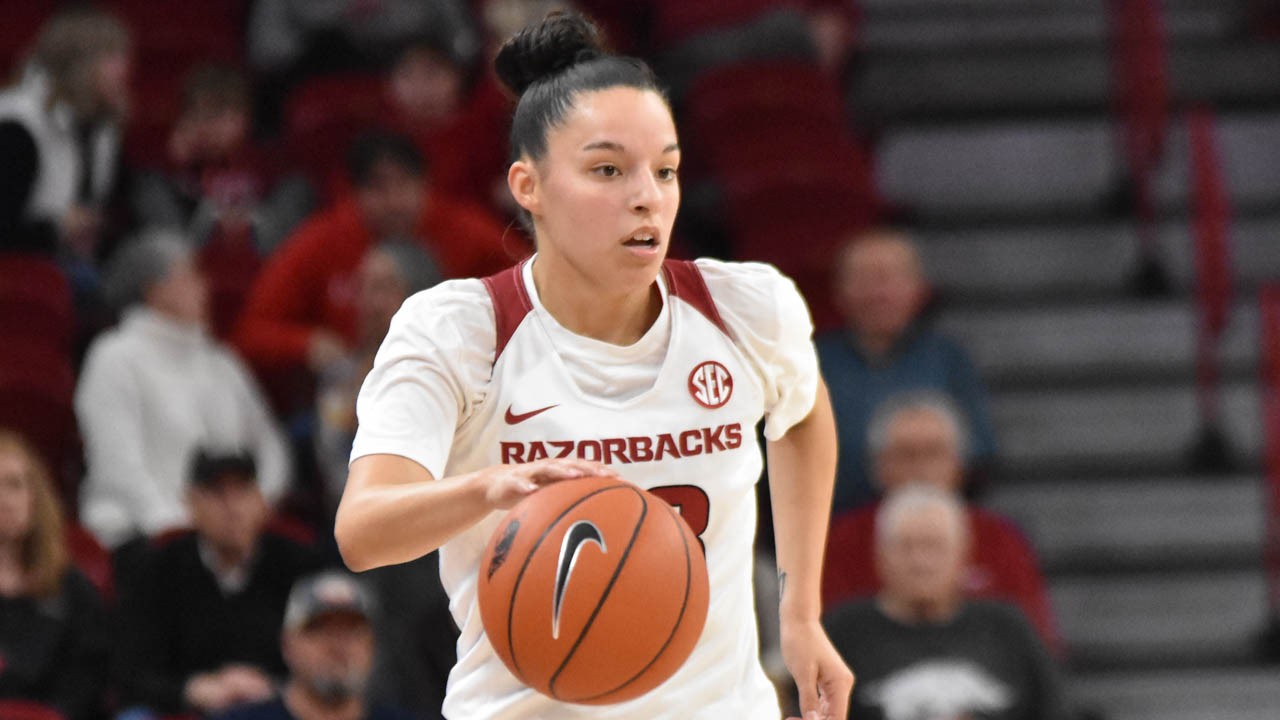 AUBURN, Ala. — Arkansas got back into the win column on Sunday afternoon, beating Auburn, 86-70, in the SEC road opener behind Amber Ramirez’ 25 points.

The Razorbacks were again deadly from beyond the arc, nailing 12 triples for the second straight game and also out-rebounded the Tigers, 36-35.

The Hogs are 8-0 this season when they outrebound their opponent. Defensively, the Hogs held Auburn’s star forward Unique Thompson to just six points, snapping her 13-game double-double streak.

Ramirez delivered her best game as a Razorback against Auburn, making seven of her 14 3-pointers, tying her season-high in triples made. Redshirt junior guard Chelsea Dungee had 19 points on an efficient 6-of-10 from the field.

Arkansas got off to a slow start, falling behind 9-2 in the first period before one of their patented runs to take over the game, generating a monster 21-2 spurt in just under five minutes of clock time.

Ramirez was simply dominant in the quarter, outscoring Auburn by herself in the period, scoring 14 points to the Tigers’ 12. She scored 11 of those points straight during the spurt, nailing back-to-back-to-back triples after hitting a shot from the midrange.

• Ramirez’s seven triples matched her own mark for the most by a Razorback this season. She also had seven against Northwestern State.

The Razorbacks stay on the road, heading to Columbia, S.C. for a showdown with No. 4 South Carolina.

That game is set to tipoff at 6 p.m. and will be streamable on SECN+.