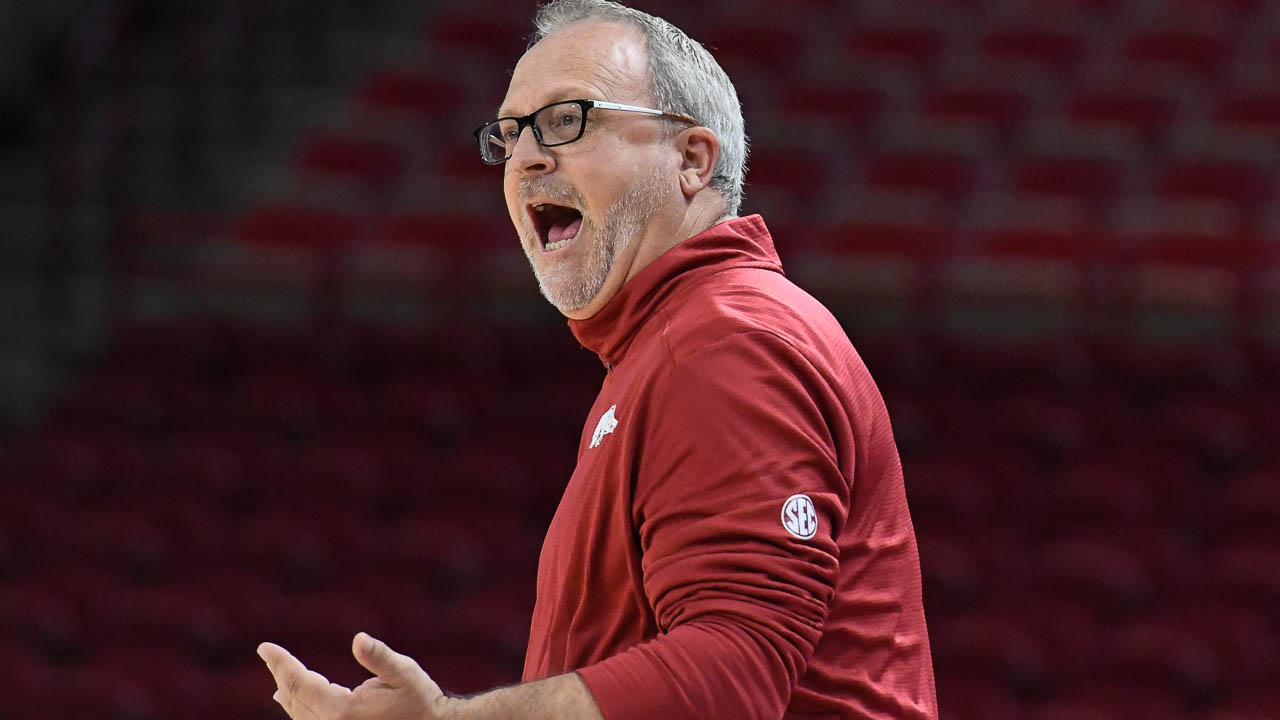 FAYETTEVILLE, Ark. — Arkansas is hitting the road for a season opener Monday night in Pine Bluff against Arkansas-Pine Bluff.

The game marks the first time since 2011 the Razorbacks will open away from Bud Walton Arena. That was a 68-60 loss to Minnesota at the WBI Tipoff Classic.

It’s the earliest starting date for the program ever.

• Makayla Daniels is the leader among all the returners on this team, coming off last season having averaged 14.0 points, 5.3 rebounds and 1.8 steals per game. She is now a part of the 1,000-point club and was named to the SEC Preseason Second Team, as decided by the league’s head coaches.

• Erynn Barnum is also another veteran leader on the team, being tabbed to the Katrina McClain Preseason Watch List.

• SEC Freshman of the Year Samara Spencer returns to the floor, along with SEC All-Freshman Team member Jersey Wolfenbarger, who is back to playing her normal position at guard.

• Arkansas is coming off an 18-14 record last season in a year that ended with a trip to the NCAA Tournament. The 10th-seeded Hogs lost to seventh-seed Utah, 92-69.

• Mike Neighbors comes into his sixth season at the helm of his alma matter with a 96-64 record on The Hill. His 194-105 overall record is the best among all collegiate coaches with nine years of head coaching experience. Neighbors is approaching big coaching milestones in wins as an Arkansas head coach and overall collegiate coach.

• UAPB finished the 2021-22 season with a 13-16 record, 9-9 in the Southwestern Athletic Conference, which marks a great improvement from the 2020-21 year, when the Golden Lions won three games.

• The leading returning scorer is Zaay Green, who was a 2018 McDonald’s All-American and Tennessee/Texas A&M transfer. In her first season at UAPB, she averaged 15.8 points and 7.8 rebounds per game. She was the SWAC Newcomer of the Year and First Team All-Conference choice.

• The Hogs have a 2-0 advantage over the Golden Lions in the series
Monday’s contest marks the first time ever this matchup has been played at UAPB with the prior two games being played at Bud Walton.

• After a near 40-year ban of Arkansas schools being able to play one another, the first meeting for these two teams was in 2020, resulting in an 86-72 victory for the Hogs.

• Last year’s game versus UAPB resulted in a 96-63 win for the Razorbacks. Five players reached double digits in scoring, led by Wolfenbarger’s 15 points and seven boards, Barnum’s 15 points and six rebounds, as well as Spencer’s 14 points and four assists.

• Daniels led Arkansas with 21 points off 6-of-8 shooting from the field with nine rebounds, whilst drawing 10 fouls.

• Wolfenbarger and Dauda were big off the bench. Wolfenbarger tallied 17 points and five rebounds, while Dauda had 13 points, eight rebounds and three assists.

• Barnum double-doubled with 14 points and 11 rebounds.

• The Razorbacks had 80 shot attempts

The Razorbacks will host Central Arkansas for its home opener on Friday, Nov. 11 at 10:30 a.m. as a part of Elementary Day. This event is back for the first time since 2019.