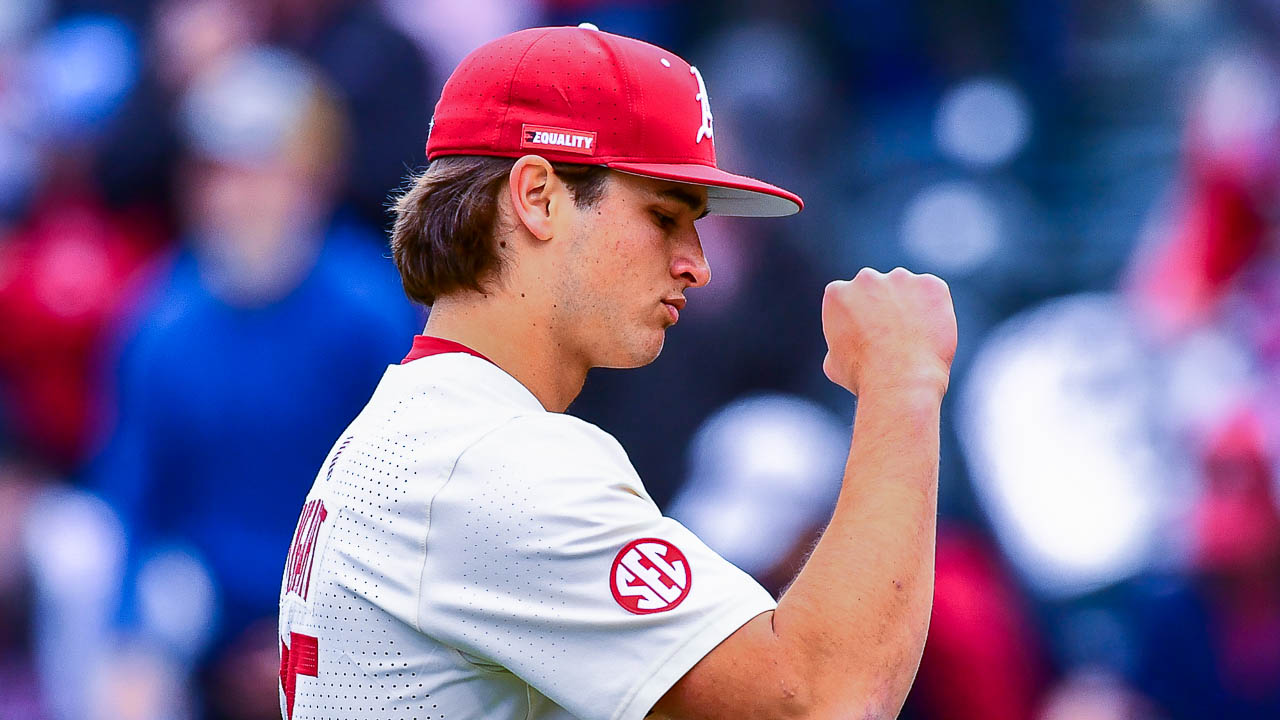 COLLEGE STATION, Texas — Arkansas freshman left-handed pitcher Hagen Smith struggled to find his groove Saturday afternoon, but three relievers silenced the Aggies to secure a 3-1 victory for the Razorbacks to even the series at Blue Bell Park.

The Hogs struck in each of the first three innings, beginning with a solo home run by senior designated hitter Brady Slavens.

Graduate right fielder Chris Lanzilli came home on a wild pitch in the second, doubling the lead after he led off the frame with a double. Slavens went yard again in the third to make it 3-0.

While offensive production was steady for Arkansas early on, Smith was battling to keep the lead intact. The Aggies stranded six baserunners — three walks, two doubles and a hit batsman — in the first three innings.

After two more walks in the fourth, head coach Dave Van Horn had seen enough. He turned to junior lefty Zack Morris to clean up the mess, which he did almost flawlessly. He retired all three batters he faced, but two of the outs were fly balls, allowing for Texas A&M to get on the scoreboard.

Morris faced seven more hitters in the next two frames, working around an infield hit and a walk in the fifth before tossing a 1-2-3 sixth. With his three scoreless innings, he earned his third win of the year.

Senior right-hander Zebulon Vermillion only retired one of the three batters he faced in the seventh, so the Hogs relied on senior lefty Evan Taylor to escape that jam. He did so successfully and kept the Aggies off the board in the eighth as well.

Freshman righty Brady Tygart got the ball for the Hogs in the ninth. He gave up a two-out hit to bring the tying run to the plate, but he induced a fly ball to center field to end it and earn his sixth save of the year.

The Razorbacks and Aggies will go at it in a rubber match at 1 p.m. Sunday, a contest that will stream live on the SEC Network+.

Sophomore right-handed pitcher Jaxon Wiggins is set to start for Arkansas. Texas A&M has not announced a starter.