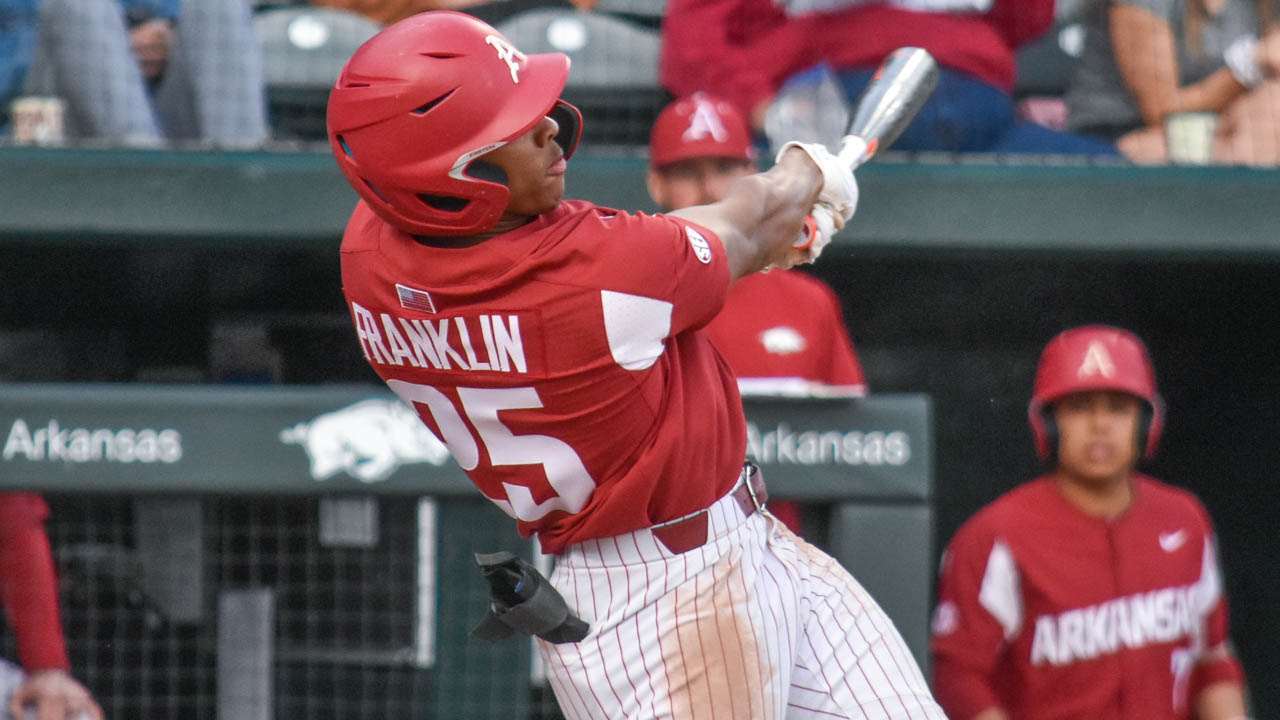 FAYETTEVILLE — Arkansas wraps up its six-game home stand with a double midweek set against Grand Canyon on Tuesday and Wednesday at Baum-Walker Stadium.

The game will be available with Phil Elson and Bubba Carpenter on the ESPN SEC Network+ online and can also be heard on ESPN Arkansas 95.3 in the River Valley, 96.3 in Hot Springs and 104.3 in Harrison-Mountain Home.

You can also listen to the game online at HitThatLine.com by CLICKING HERE.

The Razorbacks and Antelopes have only met twice, squaring off in a doubleheader on April 5, 2017, as the Hogs took both games by scores of 11-2 and 6-1.

Arkansas put together a 2-2 week at home, winning their weekend series against South Alabama on March 6-8. After dropping a tough 8-7 decision to Illinois State on Tuesday, the Hogs fell in the series opener to the Jaguars, 13-6.

Arkansas rebounded for a 15-2 victory in the Saturday contest, followed by a 5-3 win in Sunday’s finale to take the series.

With the series on the line in the bottom of the ninth, the Hogs got their first walk-off home run since 2013 thanks to a two-run shot from Heston Kjerstad. Exactly seven years to the day, Kjerstad uncorked a 2-2 pitch over the right field wall to clinch the series for the Razorbacks.

It was Kjerstad’s sixth home run of the year and the 19th of the year for the Razorbacks.

The last walk-off home run by a Razorback came from Joe Serrano against San Diego State on March 8, 2013.

Freshman RHP Will McEntire to start Tuesday’s game against the Antelopes. McEntire will be making his first start of the season and second appearance on the mound.

He tossed two innings against South Alabama on Saturday, throwing a pair of shutout innings, retiring all six batters he faced, striking out four. He will be the second freshman to start a game for the Hogs this season.

Outfielder Christian Franklin has been one of the most consistent players in the lineup for the Razorbacks this season, entering the new with a team-best .426 batting average, totaling 23 hits this season.

Franklin led the team in hitting last week, recording 10 hits over four games with three RBIs and seven runs scored for a .588/.882/.650 line at the plate.

He recorded multi-hit performances in all four games, including three-hit games against Illinois State (3/3) and in the finale against the Jaguars (3/8). Franklin has a hit in all but one game and has scored a run in all but two.

Getting overshadowed a little bit was some strong pitching down the stretch against the Jaguars on Sunday to help put the Razorbacks in position to take the series.

Sophomore RHP Elijah Trest was first out of the bullpen and pitched three shutout frames from the fourth-through-sixth. He worked out of a pair of jams with two baserunners on in the fourth and sixth innings, with a quick six-pitch fifth sandwiched between the two.

Zebulon Vermillion, another right-hander, carried the momentum through the final three innings, allowing just one base hit to his first batter faced, retiring the next nine consecutive with six strikeouts and three groundouts.

The duo combined for 10 K’s to stifle the Jags in Sunday’s finale.

After four weeks of action, Arkansas sits in the top 15 in all but one poll. The Hogs are ranked as high as 14th this week by D1 Baseball and Baseball America.

After the series against Grand Canyon, the Razorbacks will open conference play at No. 17 Mississippi State this weekend in Starkville.