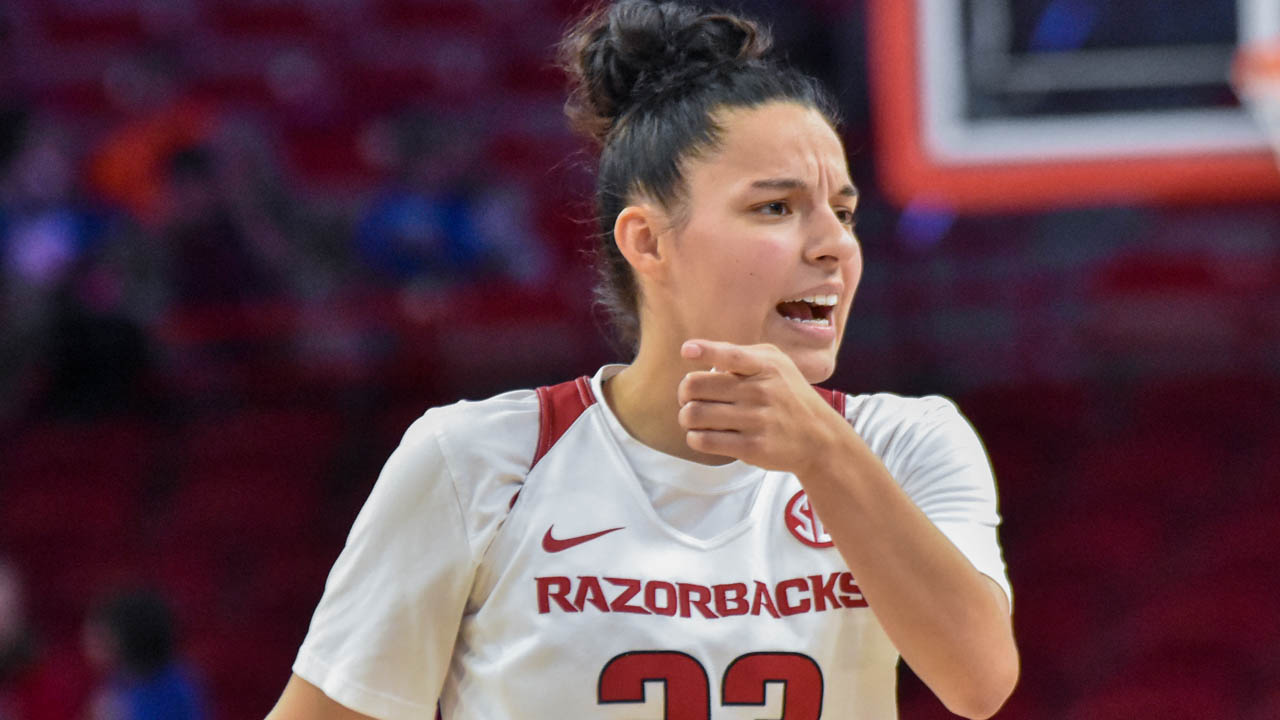 With the win, Arkansas is now just one SEC win away from matching its conference win total from all of last season.

Redshirt junior guard Amber Ramirez led the way for the Hogs, going for a game-high 22 points.

It was her fifth game this season going for 20+, and her second time doing it in the state of Alabama, as the sharpshooter went for 25 against Auburn earlier this season.

Joining Ramirez in double-figures was Alexis Tolefree, who had 17 points.

Arkansas’ offense was good once again early in the game, but the Hogs’ defense was even more effective in the first half, holding the Crimson Tide to just 11 points, the fewest allowed by the Razorbacks to an opponent in a half so far this season.

Arkansas held Alabama to just four of 31 shooting, and one of 10 shooting from three.

Tolefree powered the Razorback attack in the first half to a 22-point lead, pouring in 12 first-half points, including seven in the second quarter alone.

• Ramirez got five of her points at the line tonight, matching a season high.

• Tolefree continues to be great on the glass, as she again led the Hogs in rebounds, pulling down seven of them.

• She also made six free throws, matching her career-high.

• Makayla Daniels led the Razorbacks in helpers tonight, dishing four of them.

The Razorbacks finish up a two-game road trip in Columbia, Mo., as the Hogs and Tigers will face off for the second time this season.

That game is set to tip at 4 p.m. and can be watched on the SEC Network.