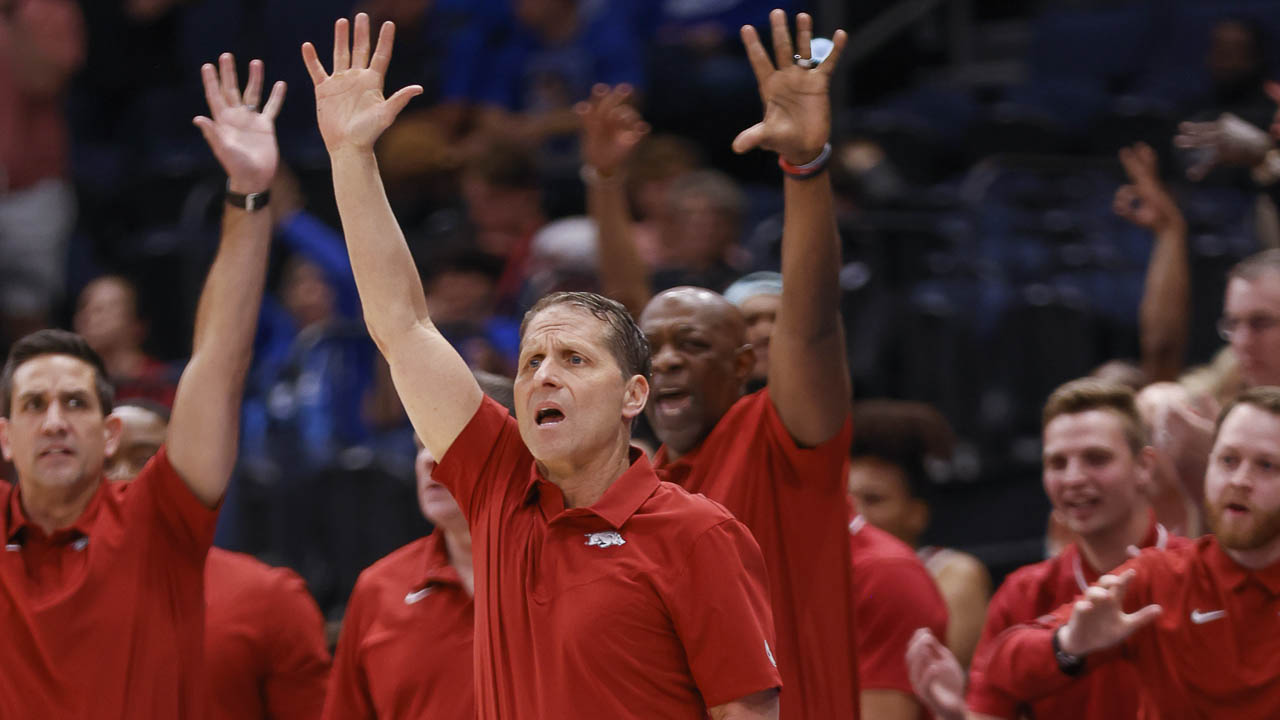 Arkansas added another five-star recruiting class to the best in program history with five-star point guard Anthony Black decided to call the Hogs.

Black made the announcement Monday evening at the PowerAds Jamfest in Chicago.

As a result, Arkansas coach Eric Musselman put another star on a class that is loaded with them.

“Coach Musselman has a sense of my goals and I feel he is going to help me strive to meet them as quick as I can,” Black said about his decision. “I feel Arkansas is the best place I can go to get pushed and tested the most.”

And now, less than a week after the Razorbacks beat Gonzaga in the NCAA Tournament, the Hogs did it again, this time on the recruiting trail.

Black reached into a cooler and pulled out a red PowerAde with the Razorback logo taped to it.

“Just being able to trust the coaches and trust they have my best interest in mind while also winning a lot of game and having a lot of fun,” Walsh said. “The game plan thing really is to just come in and win and see how we can help each other get better and push each other to get better. They didn’t know, but they saw me and Nick and Jordan talking a bit, so they were kinda plotting.”

Black joins a talented group of recruits included Nick Smith, Jr., and Jordan Walsh for three of the Top 20 recruits in the country to gl along with Derrian Ford and Joseph Pinion.

Let the expectations start going up.