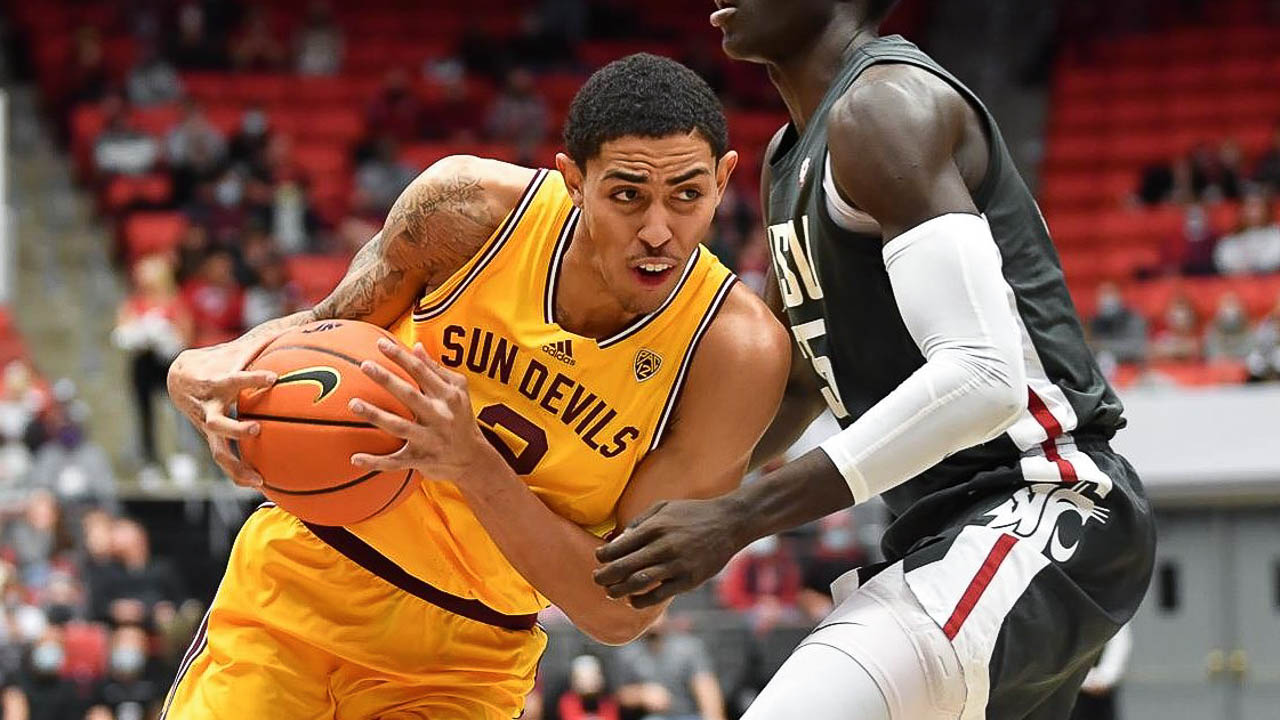 And it might be a clue what Jaylin Williams has planned the Razorbacks picked up another 6-foot-9 guy out of the transfer portal Thursday.

Jalen Graham from Arizona State is the latest experienced guy that can rebound and score to transfer to the Hogs.

As the competition increased, so did Graham’s numbers.

In Pac 12 play, he scored 12.0 points per contest at 52.0% shooting from the field, upped his free throw percentage nearly 10% and upped his impact on the glass to more than five per game.

Graham joins former Missouri forward Trevon Brazile and former Rhode Island forwards Makhi and Makhel Mitchell as players who have committed to the Razorbacks since Arkansas was eliminated in the Elite Eight round of the NCAA Tournament.

“They were just missing a piece they needed, so I felt I could be that piece for them,” Graham told Richard Davenport with WholeHogSports.com.

Musselman recruited him when he was at Nevada and it was playing for the coach that got Graham on board.

What it may do is give a clue which way Williams might be leaning or what Musselman has discovered in talks with NBA teams about the sophomore forward’s possible status for the NBA Draft.

Williams made the announcement this week he was considering all of his options and placed his name into the draft.

The numbers may start to get interesting now. With Williams’ status uncertain that makes 14 on the roster, one over the limit and it appears the last two guys left that might have to find somewhere else to play are Jaxson Robinson and Kamani Johnson.