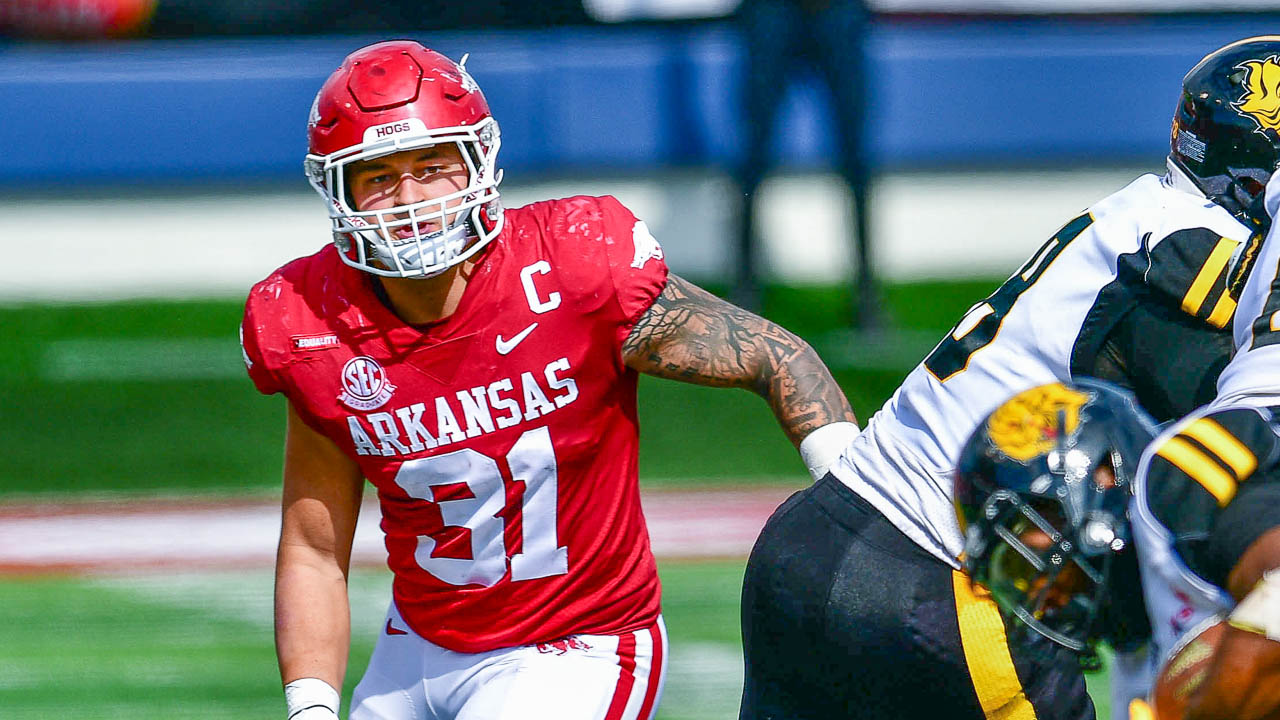 Grant Morgan is a finalist for college football’s Academic Heisman.

Morgan was named one of 13 finalists for the 2021 William V. Campbell Trophy on Wednesday morning.

The award recognizes an individual as the absolute best football scholar-athlete in the nation for his combined academic success, football performance and exemplary leadership.

The finalists, selected from a list of 176 semifinalists nationwide from among all NCAA divisions and the NAIA, will each receive an $18,000 postgraduate scholarship as a member of the 2021 NFF National Scholar-Athlete Class.

Submitted by their schools, which are limited to one nominee each, candidates for the Campbell Trophy must be a senior or graduate student in their final year of playing eligibility, have a GPA of at least 3.2 on a 4.0 scale, have outstanding football ability as a first team player or significant contributor and have demonstrated strong leadership and citizenship.

Morgan, who began his career at Arkansas as a walk-on, was one of the best players in all of college football last year after producing one of the greatest seasons in school history.

He was named a Walter Camp and AFCA Second Team All-American, posting a team-best 111 total tackles, including 7.5 for loss, with 2.0 sacks in 2020 to become only the second Razorback defense in the last 10 seasons to garner both AP and Coaches All-SEC recognition.

A team captain for the second season in a row, Morgan has picked up right where he left off.

Morgan’s 60 tackles are tied for fifth in the SEC, and his 7.5 tackles per game rank 11th in the conference.

Off the field, Morgan earned his bachelor’s degree in kinesiology with a concentration in exercise science in 2019 before receiving his master’s degree in operations management in 2020.

The four-time SEC Academic Honor Roll member has been named to the Chancellor’s and Dean’s List during his time at the University of Arkansas.

A member of the 2020 SEC Community Service Team, Morgan has been a student-athlete representative on the Athletic Department Executive Board and a Fellowship of Christian Athletes leader since 2018.

He has also served on the SEC Football Leadership Council since 2018, and he was a five-year member of the Student-Athlete Advisory Committee.

Morgan and the 12 other finalists will all travel to the 63rd NFF Annual Awards Dinner on Dec. 7, where one of them will be named the winner of the 32nd Campbell Trophy and have his postgraduate scholarship increased to $25,000.

The event will take place at the ARIA Resort & Casino Las Vegas and will be streamed live, with specific broadcast information to be announced at a later date.