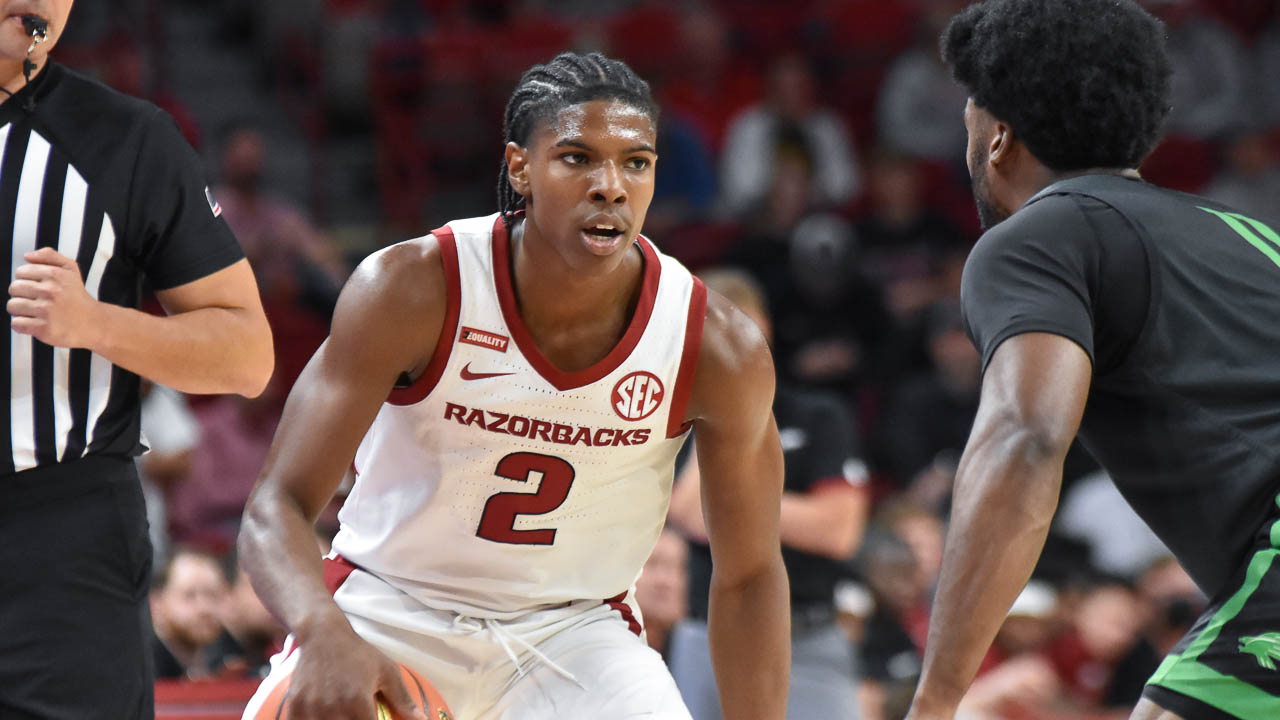 FAYETTEVILLE, Ark. — KK Robinson has found a new home and he’s staying in the SEC.

The former four-star recruit didn’t have a lot of playing time with Arkansas in his two years, only playing in the first 11 games as a freshman before a foot injury de-railed him.

Robinson, who transferred from Bryant to Oak Hill Academy in Virginia.

Robinson took the path Ethan Henderson followed, transferring from the Hogs to play for Buzz Williams and the Aggies.

Here is Robinson’s bio from his time at Arkansas:

• Hofstra: Started and had four assists with zero turnovers while making a 3-pointer.

• @ Tennessee: Had two rebounds and two assists … Only other SEC game he had two boards was last year at Tennessee, which was the last game he played that season due to a foot injury.

• Only played in the first 11 games before having season-ending foot surgery to repair a fracture on his right foot on Jan. 10, 2021

• Had four assists and five points with zero turnovers in a season-high 21 minutes played versus Lipscomb.

• Was rated the 36th-best incoming freshman in the nation and the 7th-best combo guard by 247Sports.com

• Was rated the 59th-best incoming freshman in the nation and the 10th-best point guard by 247Sports.com Composite

• Was rated the 79th-best incoming freshman in the nation and the 18th-best point guard by ESPN.com

• Was rated the 62nd-best incoming freshman in the nation and the 14th-best point guard by Rivals.com

Averaged 10.7 points, 7.5 assists, 4.8 rebounds and 3.7 steals per game … Helped lead his team to a 37-3 record and a final ranking of #7 in the ESPN poll … Averaged 18 points, 4.5 rebounds, three assists and three steals as a junior at Bryant High School while leading the Hornets to the Class 6A state championship game. He was tabbed honorable mention All-State on the Arkansas Sports Media Super Team … Robinson was named to the 2018 and 2019 Arkansas 7A All-State team as well as the 3A All-State team in 2017 when playing for Episcopal Collegiate HS.